Multiple 'Proud Boys' were stabbed in DC on Election night 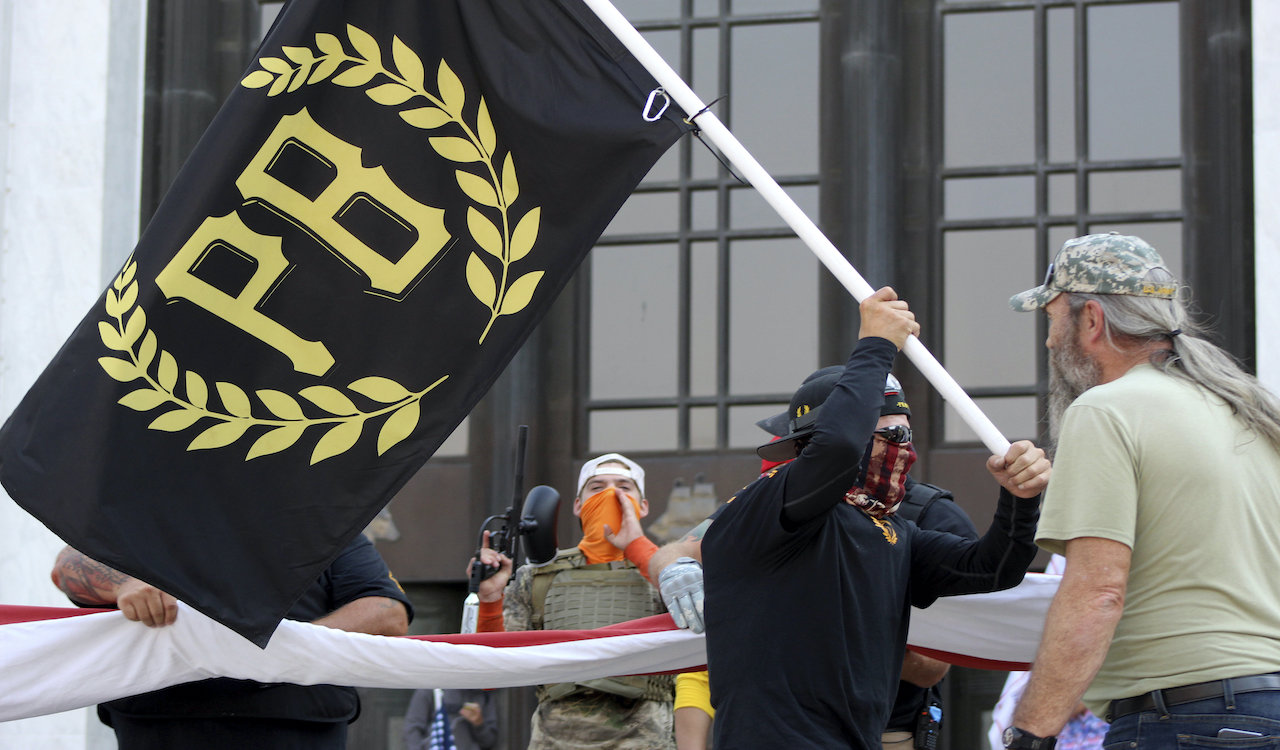 Multiple members of the Proud Boys have been assaulted and wounded in a knife attack in Washington, DC, on the night of the election.

The Proud Boys are a right-wing militant group of Trump supporters, who vice presidential candidate Joe Biden has accused of being racist and far-right extremists.

Enrique Tarrio, one of the alleged victims and the Cuban-American chairman of the group, was injured in the attack, along with activist Bevelyn Beatty who is also said to have been stabbed.

The DC Police Department confirmed that the attack took place on the 700 block of 14th Street Northwest. The four victims, three men, and one woman were all members of the Proud Boys.

The injuries sustained by the victims are non-life-threatening.

Police state that they are searching for three suspects: two black males, dressed in all black clothing and a black female wearing sweatpants with stripes, orange leggings, and a dark grey coat armed with a knife.

Footage of the alleged attack surfaced on social media, showing an altercation leading to the stabbing. Clips have also been posted to channels connected to the Proud Boys on the app Telegram.

Conservative activist Bevelyn Beatty and Proud Boys chairman Enrique Tarrio with one other person were just stabbed by BLM in Washington, DC pic.twitter.com/dTHTzDkbiJ

"We were helping some guy that was getting stabbed by two Black males and one female. Bevelyn got stabbed as well as two Proud Boys and the guy they were attacking. I got slashed, but it's not serious. We were walking to our cars," Tarrio stated to Gateway Pundit.