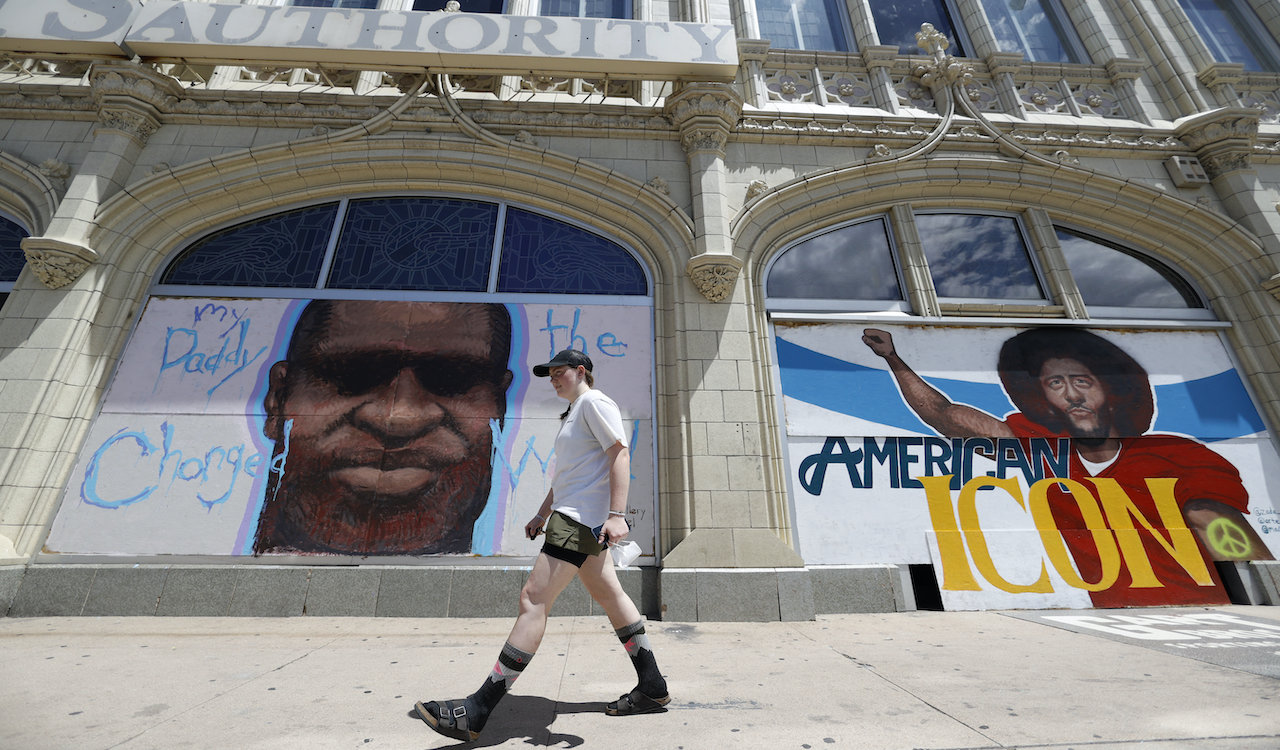 Amid declining viewership and increasing criticism of its “wokeness,” from an audience disinclined to being lectured to by millionaire athletes like LeBron James, the NBA intends to leave social justice activism “off the floor” next season.

NBC News reported that NBA Commissioner Adam Silver was the main driver for the NBA’s promotion of the Black Lives Matter movement, which he did so to support the league’s overwhelmingly black roster of players.

"Adam Silver told them, ‘Hey guys, this is what we’re going to do to support our players. Our league is overwhelmingly comprised of African American players. This is important. This is a partnership. We need to work together to get through this season and into next year,’” NBC News reported. The messages agreed upon by the NBA, which were presented in court as well as on player jerseys, included: Black Lives Matter, Say Their Names, Vote, I Can’t Breathe, Justice, Peace, Equality, Freedom, Enough, Power to the People, Justice Now, Say Her Name, Sí Se Puede (Yes We Can), Liberation, See Us, Hear Us, Respect Us, Love Us, Listen, Listen to Us, Stand Up, Ally, Anti-Racist, I Am A Man, Speak Up, How Many More, Group Economics, Education Reform and Mentor.

Hundreds of players continue to wear uniforms brandishing these messages.

Missing from the list of approved messages is support for the people of Hong Kong. NBA has faced vigorous criticism from Hong Kong independence activists after Houston Rockets general manager broke ranks with the league by tweeting, and quickly deleting the message to “stand with Hong Kong.” Morey’s remarks were lambasted by LeBron James, who said the manager was “misinformed or not really educated on the situation.” The fiscal implications of Morey’s remarks were substantial as Chinese broadcasters severed business relations with the NBA and paused their broadcasts of the games, which are popular in China.

In addition to its financial losses stemming from its stance towards democracy in Hong Kong, the league’s viewership is down by 68% for the finals this year amid the focus on social justice.

Speaking on an ESPN broadcast ahead of Game 4 of the Finals between Lakers and Heat on Tuesday, Silver said that viewers can expect a “return to normalcy” going forward.

“I would say, in terms of the messages you see on the court, on the jerseys, this was an extraordinary moment in time when we began these discussions with the players and what we all lived through this summer,” Silver said. “My sense is there’ll be somewhat a return to normalcy, that those messages will largely be left to be delivered off the floor.”

“And I understand those people who are saying ‘I’m on your side, but I want to watch a basketball game,’” added Silver.