Overall, 27 seizure orders were issued to large truck operators from outside Ontario, banning them from operating any commercial motor vehicle within the province. 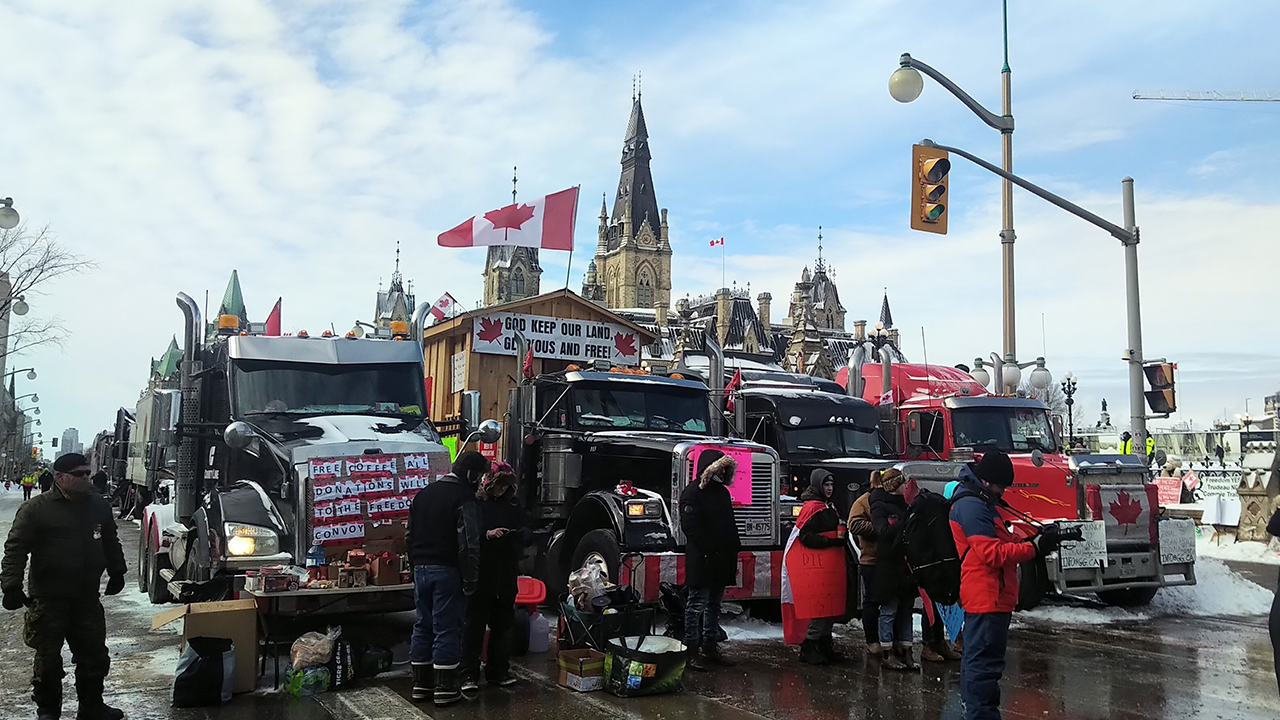 The Ontario Ministry of Transportation has shut down 39 trucking businesses following the end of the “Freedom Convoy” trucker-led protests in Ottawa, several weeks after the protests first began.

Over the past weekend, police forces made over 200 arrests and ended the protests, which Canadian Prime Minister described as an “illegal occupation” of the city’s downtown core. Ottawa Police state it has towed 115 vehicles during the protests.

The local ministry confirmed to TruckNews.com that it had released 12 suspension and seizure orders to Ontario-based large truck operators involved in the protests. The move effectively suspended their authority to operate throughout Canada. The ministry also issued an order to seize all license place registered to the trucking businesses.

Protesters from outside Ontario faced sanctions of their own in their local jurisdictions.

Overall, 27 seizure orders were issued to large truck operators from outside Ontario, banning them from operating any commercial motor vehicle within the province.

The ministry did not reveal the names of the sanctioned businesses, or the number of trucks affected by the move.

“In an effort to preserve future police investigations into the illegal occupation in Ottawa, the ministry will not release the names of affected businesses at this time,” a ministry spokesperson said to the publication.

Rebel News has reached out to the Ministry of Transportation for comment.