The #IStandWithTruckies blockade was replaced with 69 separate protests across Australia. 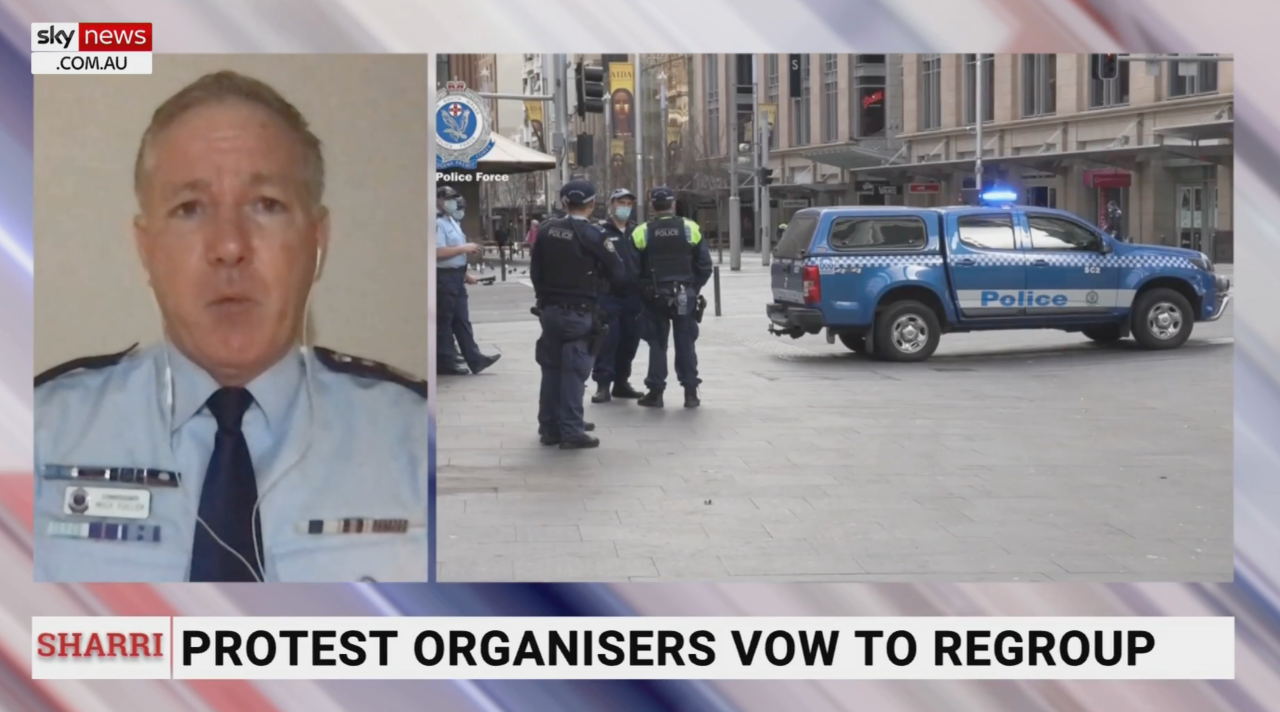 #IStandWithTruckies is the great Australian protest that never was.

A small gathering of trucks blocked the M1 South of Brisbane on Monday, but the main event was scheduled to kick-off on Tuesday.

Social Media spent days awash with banners and promotions insisting Tuesday would bring about the real blockade – an event that promised to disrupt essential supply chains and remain in place until Covid health orders were dropped.

Except, it never happened.

Why didn’t the protest eventuate? The likely reasons were highlighted previously in interviews conducted with figures from the trucking industry.

Leroy one of many Australians suffering. After a failed suicide attempt he is speaking up.#IStandWithTruckies pic.twitter.com/CxHebcUe9f

While there were no trucks blocking Australia’s freeways, there was another sort of mass protest held across the nation on Tuesday.

Thousands gathered at various locations around the nation to voice their anger at Covid health orders – particularly mandatory vaccines and vaccine passports.

Perth, Australia. A large crowd of protesters outside parliament house today protesting against vaccine passports, the loss of freedom and government and media propaganda. Pls retweet because the Perth media will hide this. #istandwithtruckies pic.twitter.com/WXLvoGU0mh

Police in NSW and Victoria came out with a chilling warning that they would arrest anyone caught breaking health orders during their respective lockdowns.

NSW Police were particularly harsh, issuing more than 600 fines for a range of offences, mostly related to breaching public health orders, not wearing a mask, violating stay-at-home orders, and refusing to comply with a police direction.

150+ arrests have been made in NSW after 900 police officers were deployed to disperse crowds gathering at random locations all over the state. Detectives are currently combing through online information to track down organisers and attendees of the ‘illegal’ protest.

“A total of 69 unauthorised protests were conducted across the state, predominately focusing on local council buildings, but there was also a small protest at Parliament House and another one at Government House,” said NSW Deputy Commissioner Mal Lanyon.

“Police made 135 arrests [number subject to change] and at least 430 infringement notices have been – or will be issued – for offences conducted today. We have made it very clear throughout the previous weeks that police are not opposed to free speech. We are opposed to activity that breaches the public health order.”

When asked if people should have the right to protest within a democracy, Lanyon replied that it was incredibly disappointing that people would protest and reinforced the supremacy of the public health order over the right to political communication.

Australia police 🇦🇺
‘We are comfortable with free speech, but when it’s done in contravention to a public health order putting the rest of public health in jeopardy the police will not tolerate it’ 🤯 pic.twitter.com/DhqOEjbQdE

The protest was mainly directed at New South Wales Premier Gladys Berejiklian and Queensland Premier Annastacia Palazczuk as tensions erupted on the hard border set up between the two states.

Our new Sydney team drove 9.5hours to bring you the other side of the story from the NSW/QLD border.

Dubbed ‘silent protests’, people gathered outside public buildings including dozens of council chambers. Unusually, the protests were conducted across a wide range of socioeconomic areas – all the way from the Covid hotspots in Sydney’s West, to rural and regional NSW.

In Queensland, the protests were nicknamed ‘Shut Down Australia Day’.

Queensland was more lenient with protesters as the state is not currently under lockdown orders, but events turned nasty when police tried to arrest an elderly woman shouting ‘I do not consent’. A scuffle with police broke out as protesters attempted to separate the woman from police. When the elderly woman was dragged away, an infuriated crowd screamed at police.

Protesters are particularly angry about plans to segregate Australians society and assign freedoms based upon vaccination status.

Berejiklian has confirmed her intention to offer additional freedoms after NSW reaches between 70-80% full vaccination, but only to those who prove their vaccination status.

The basic right to work, shop, and travel will be denied to the unvaccinated who remain under stay-at-home orders.

The #IStandWithTruckies movement was not a complete waste.

Australian Parliament : Introduction of Bill. Dedicated to the truck dri... https://t.co/7bdO9hC76m via @YouTube