Residents of Portland, a Democrat stronghold, are expressing their frustration with the city’s leadership and its inability to keep the city’s homeless population in check. 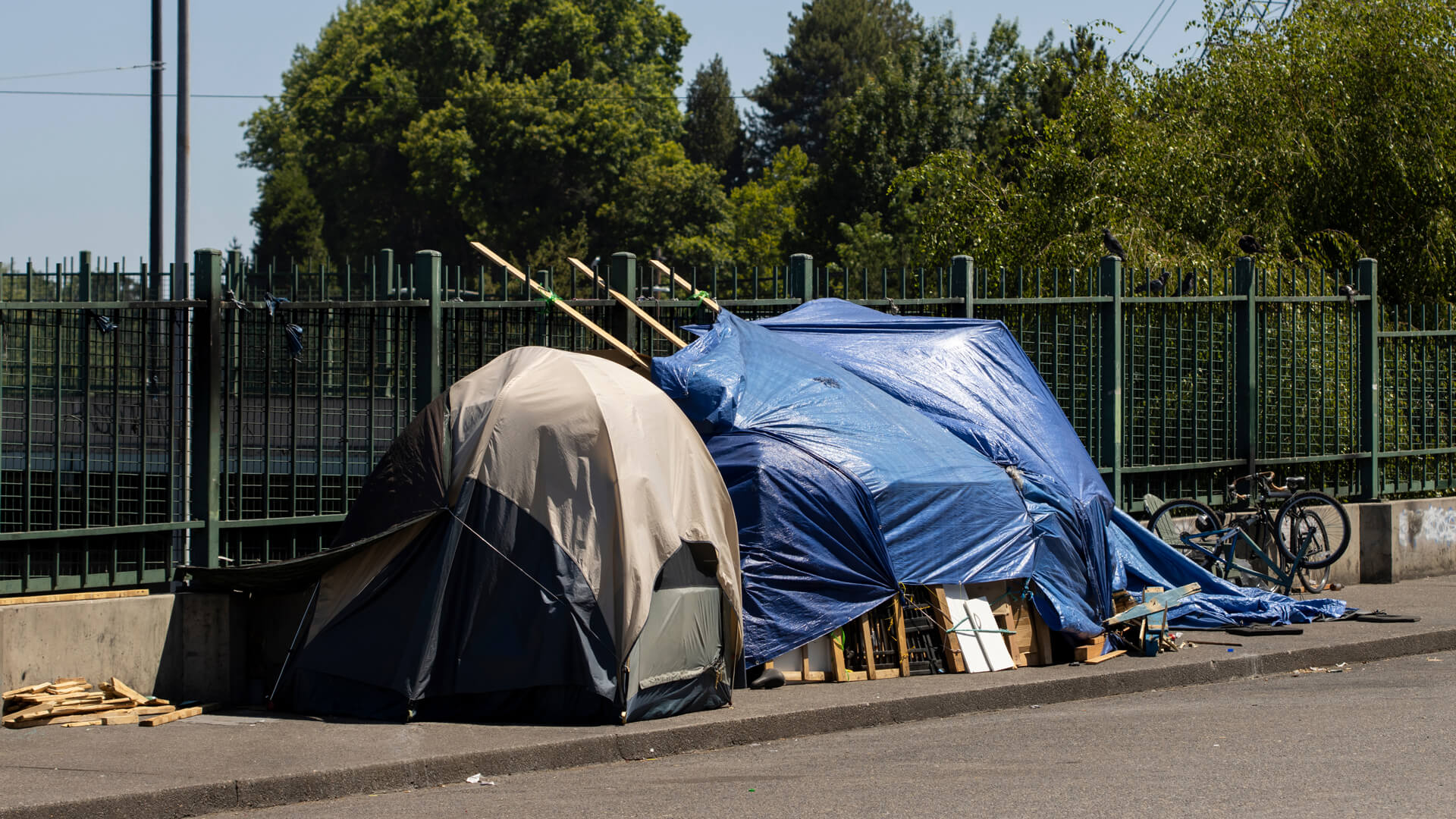 The problem with homelessness in Portland, alongside many other blue cities, including San Francisco, Los Angeles, and Seattle, has spiralled out of control in recent years, as liberal policies prohibit the removal of property belonging to the so-called “unhoused” has superseded the safety of local residents..

”Hartnett spoke of her frustration, which is shared by other members of her neighborhood, where she has lived for five years. The woman told the station she now fears leaving her house just to go to work.

“When you have grown men meth raging in your driveway, the last thing I feel safe doing is going out and saying, ‘Hey, can you please move so I can go to work?'” she said. “It is going to take one of us getting severely hurt or killed before they will do anything to come help us.

”Residents of the city’s Southeast Portland neighborhood reported around 1,900 homeless encampments in the area alone, with 272 sites posing serious safety risks to the locals, according to Central City Concern Clean Start Crews.

Portland residents are FED UP with homelessness and Biden’s soft-on-crime policies.

"I wanna cry. My lawn is now becoming a public bathroom. No one has come to help us." pic.twitter.com/904Qi6Dwal

Employees at local businesses told the news station that customers are often forced to traverse through homeless people overdosing on drugs in front of their premises. Homeless individuals who were interviewed by the station said they want to coexist peacefully with the locals but are often mistreated. “It’s just a matter of some homeless people are resentful towards the neighborhood because of the way they treat them,” said homeless woman Jennifer Czupryk, who lives in a broken-down van parked on the sidewalk.

However, some homeless say they understand the frustrations of the locals due to the increase in violence among some members of the homeless community who are exhibiting increased criminality. According to Multnomah County, which includes Portland, homelessness has increased in the county by 30% since it last tallied the figure in 2019. Around 4,000 homeless individuals were recorded in the county. The number has increased to 5,228, most of which are in Portland. Despite the relatively low numbers, which pale in contrast to the homeless figures provided by the cities of Los Angeles(66,436 in 2020), and New York City(48,524 in March 2022), Portland’s Joint Office of Homeless Services said the data should be considered an undercount. “Across the country, it is common knowledge that the methodology behind the Point in Time Count is fundamentally flawed,” said city commish Dan Ryan in a quote to Willamette Week. “This approach gets us even farther from the requirements of this federal compliance exercise, and it simply doesn’t work.”