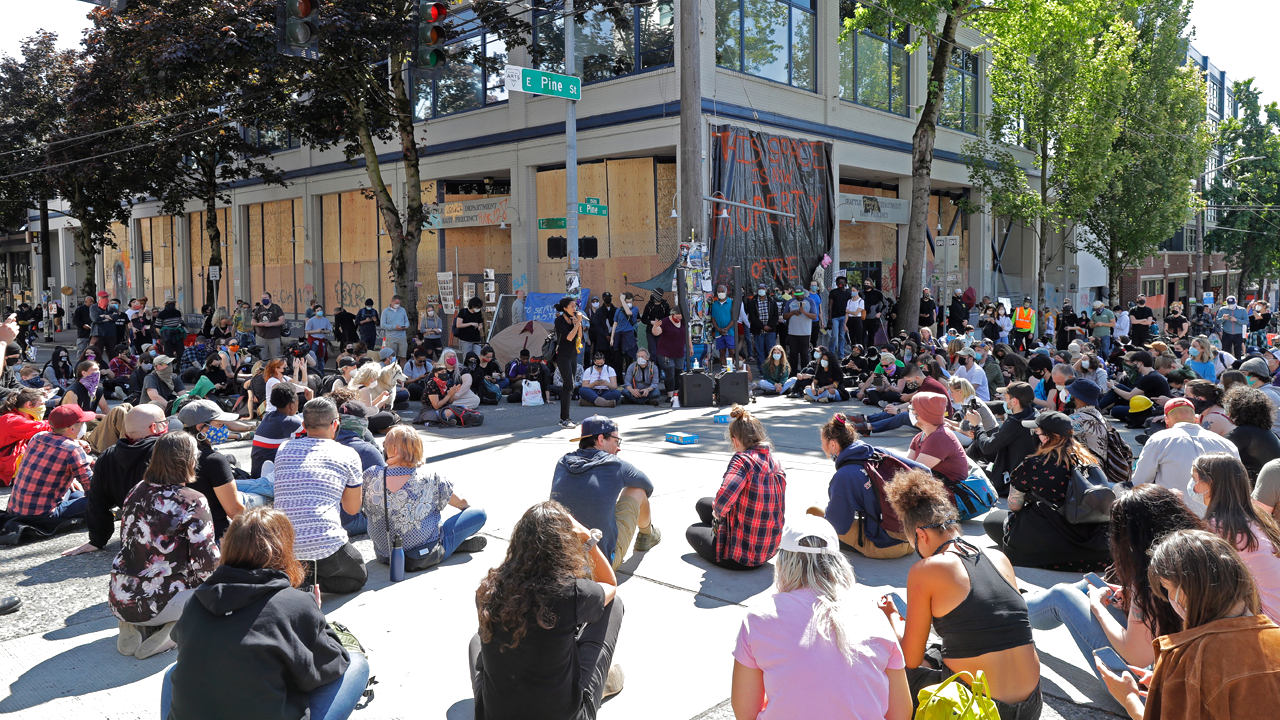 Seattle police are not responding to emergency calls from the so-called Capitol Hill Autonomous Zone (CHAZ). Following a takeover of six blocks by Antifa insurgents, the city’s police no longer have any authority over the area, which has been abandoned by the Democrat-run city.

“Right now, we are on priority calls only, which means the people, city wide who need a police response are not receiving it,” Seattle Assistant Police Chief Deanna Nolette said. “That to us is just not acceptable.”

KOMO News reports that Antifa and affiliated groups now fully control the neighborhood, which they have barricaded with armed patrols to prevent law enforcement from entry—a fact that liberal commentators and Democrats staunchly deny even as footage of the area is continuously livestreamed on YouTube and Twitch. A cardboard sign that reads “You are now leaving the USA” marks one of the entry points.

“While Washington is an open carry state, there is no legal right for those arms to be used to intimidate community members,” Nolette said. “We have heard anecdotally of citizens and businesses being asked to pay a fee to operate within this area, this is crime of extortion.”

In his response to the news, President Donald Trump called the activists “domestic terrorists” and called on Seattle Mayor Jenny Durkin to address her loss of power over one of the city’s central districts. In response, Durkin told Trump to “go back to your bunker” and denied that there was a problem.

Raz Simone, the so-called “warlord” of CHAZ, denies that the situation is tense and describes it as “chill.”

“You look around its peaceful everyone is chill,” said Raz Simone to KOMO News. He claims that there is “definitely no extortion, definitely nothing of that. We’ve invited people to come in.”

Seattle police say that they intend to resume operations in the East Precinct they abandoned earlier this week after they allegedly received threats to burn down the building.