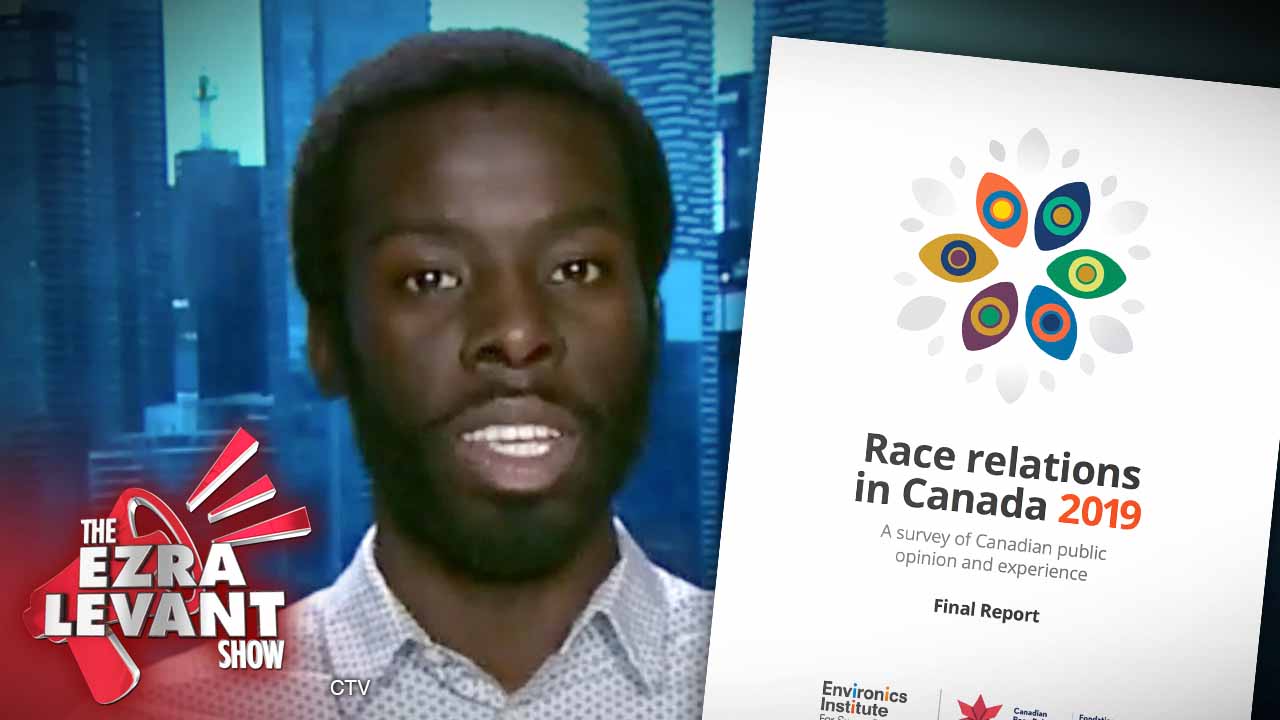 (Tonight's episode of The Ezra Levant Show was filmed before Andrew Scheer announced he would step down as leader of the Conservative Party tomorrow. Ezra will discuss this announcement in full on tomorrow's show!)

I know Canada's not a racist country, but there's a whole industry built around the Marxism of racial grievance politics. So when a new study was released showing that racism really isn't a big deal in Canada, the racism industry was furious!

One “Toronto activist” by the name of Desmond Cole is claiming that the survey is wrong and that “a lot of Canadians are in denial that racism is a systemic thing.”

Millions of Canadians think things are pretty good, but this one guy disagrees. This one guy whose income and status depends on calling his own country racist and white supremacist.

On tonight's show, we'll take a closer look at the study's questions and results before looking into Cole's own words to find where the hatred and bigotry is really coming from.

NEXT: Stormwater hydrologist BJ Campbell joins me to talk about work on how “prepping” is just planning for a disaster.

You can find more of Campbell's work here: