I’m mad because those thuggish protesters repeatedly threatened our reporter Drea and our cameraman Matt. 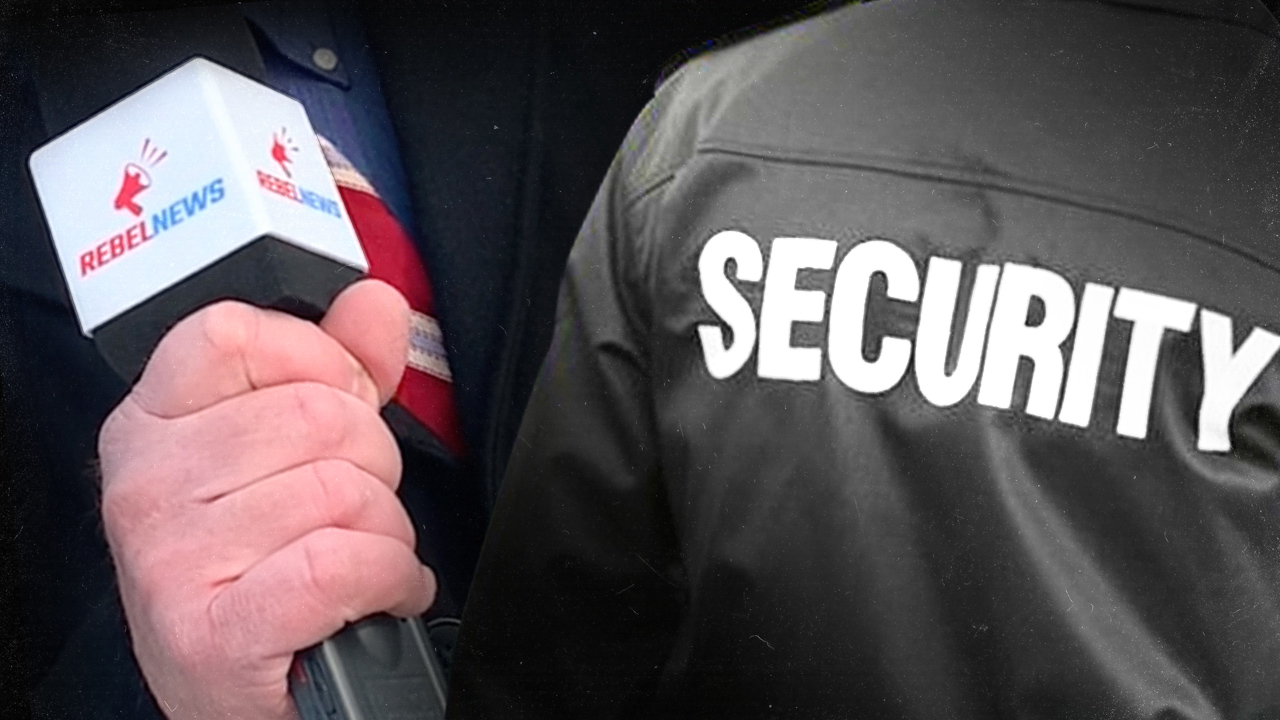 Did you see this video?

It’s by our reporter Drea Humphrey who covered a recent protest in Vancouver.

The protest was organized by a foreign-funded environmental group called Stop Fracking Around, who had teamed up with local Antifa thugs. They blocked Vancouver’s Cambie Street Bridge — the sort of thing that Justin Trudeau invoked martial law over, when the protesters were pro-freedom truckers.

But that’s not why I’m mad.

I’m mad because those thuggish protesters repeatedly threatened our reporter Drea and our cameraman Matt.

If you haven’t watched it yet, you must. You will be as furious as I am.

These left-wing thugs crowded Drea and Matt, pushed up against them, put a burning stick near their faces, surrounded them, swarmed them, and one bully kept whipping some fan right next to Drea’s face, like a weapon.

Even more infuriating, this all happened under the watchful gaze of the Vancouver Police.

No arrests. No pushing the protesters back. Just watching for half an hour as Drea and Matt were bullied and threatened.

Just as appalling, other journalists — including from Trudeau’s CBC state broadcaster — were right there.

They saw the thugs swarming Drea and Matt. Not only did they not offer to help, they didn’t even report on it. They covered up for their Antifa friends — they knew reporting on it would make the protesters look atrocious, so they didn’t put that in their news coverage. Because the CBC are not true journalists; they are propagandists for Trudeau — and his allies, including environmental extremists and Antifa bullies.

These foreign-funded professional protesters are a disgrace.

The police and mainstream media who stood by are a disgrace.

But if I have to blame someone, I actually blame myself.

Because I am the president of Rebel News. It is my job to look after our people — even if the police won’t.

It’s my job to protect our people when they’re in a dangerous environment.

Especially the women who work for Rebel News.

Did you notice that most of the bullies threatening Drea were men? I was taught never to hit a woman, never to threaten a woman. But these Antifa protesters lack that human decency. I truly believe that they would have hit Drea if the police weren’t there.

And maybe, next time, the police won’t be there.

I never thought that simply walking, in broad daylight, through the heart of Canada’s third-largest city, with police standing right there, would be dangerous. So it never dawned on me that we should have hired private security for this report.

But watching this shocking video convinces me that we can never send Drea out into downtown Vancouver again without the protection of professional security guards.

No other news reporters in Canada face this threat. Certainly not the CBC. You saw the video: Antifa and the environmental extremists regard the CBC as their press secretaries.

I have spoken to Drea, and I have promised her that we will send professional security out with her from now on, if there’s even a small chance of this kind of lawlessness.

Please help me fulfill my promise, by crowdfunding our journalist defence fund. We spend tens of thousands of dollars every year on security of our people — and thankfully, most of the time it’s not needed. But Vancouver is becoming like San Francisco and Seattle: the thugs control the streets. We need to hire more protection.

I will do anything to protect her — but I need your help.

Please help chip in to cover the cost of a professional bodyguard to accompany Drea and Matt.

I never want to see a video like this again.

P.S. Our journalists fight every day to tell us the truth — with your help, I promise to do my best to protect them.

P.P.S. This is very important to me. I would not be able to look in the mirror — or face you, as our supporter — if something happened to Drea or any of our reporters because I didn’t properly protect them.

If you can spare a few dollars for security, please donate on this page to ensure Drea can stay safe while bringing you the other side of the story.