Alberta healthcare staff are illegally striking in the middle of pandemic 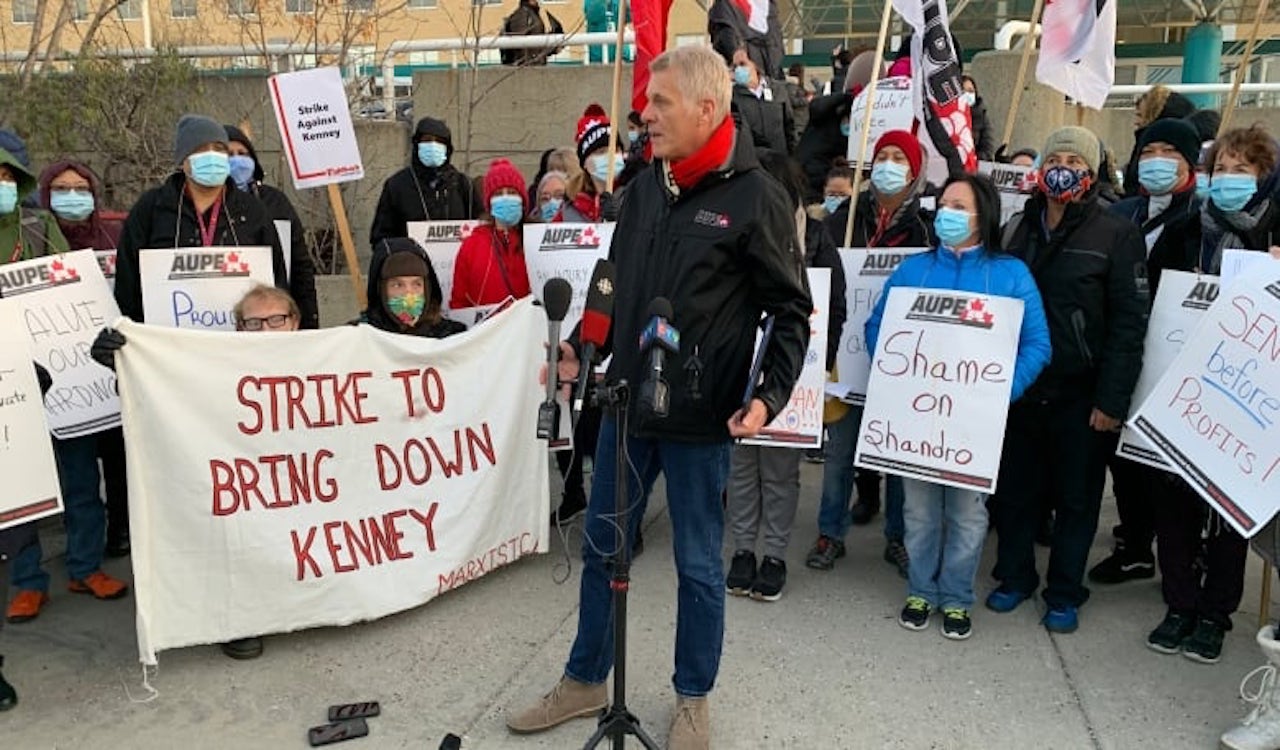 Hundreds of support staff and Licensed Practical Nurses have neglected their patients and taken to the streets to protest the Kenney Government.

Wildcat strikes, which are strikes not approved by a union, are illegal. As a result, Alberta Health Services has reached out to the Labour Board for a back-to-work order – according to a source who spoke to Rebel News.

Alberta Health Services has now released a statement on Twitter condemning the unlawful striking action, noting that "some surgeries and ambulatory care clinics are being postponed" as a result.

However, as a direct result of this illegal job action, some surgeries and ambulatory care clinics are being postponed. Patients will be contacted directly if their appointments are affected. Visitors may be limited at some sites depending on the level of strike action.

In the context of healthcare, unapproved strikes may risk lives.

Outside the Royal Alexandra Hospital in Edmonton, the Alberta Union of Provincial Employees Union president Guy Smith stood in front of communist banners, branding the strike as one to “bring down Kenney.”

Guy Smith collected a salary of $287,827 in 2019 -- but despite that, he was seen standing next to Alberta Health Services staff holding placards reading "people over profits!"

As Smith stood maskless while speaking to the media, healthcare workers crowded around him. Dozens of staff who are frequently in close contact with medically vulnerable Albertans were squished together, shoulder to shoulder in the middle of a pandemic.

But, just like with the Black Lives Matter protests, COVID doesn’t seem to be a concern during left-wing rallies, or so it would appear.

Healthcare spending in Alberta has reached record highs this year. The allegedly austere Kenney government is expected to spend another $20.9 billion on the file, with an additional $769 million in emergency funding to assist in dealing with the Wuhan Coronavirus.

With the youngest average population in the country, Alberta still spends the second highest per-capita on health.

Minister of Finance, Travis Toews, issued this terse statement in response to the law-breaking action, "Alberta Health Services is taking immediate action with the Alberta Labour Relations Board to end this illegal activity. Those involved in this illegal action will be held accountable."

“My expectation is that all unions respect the bargaining process, stop putting Albertans’ safety at risk and abide by the law," he added.
Spread the Word!
Alberta Protests Coronavirus