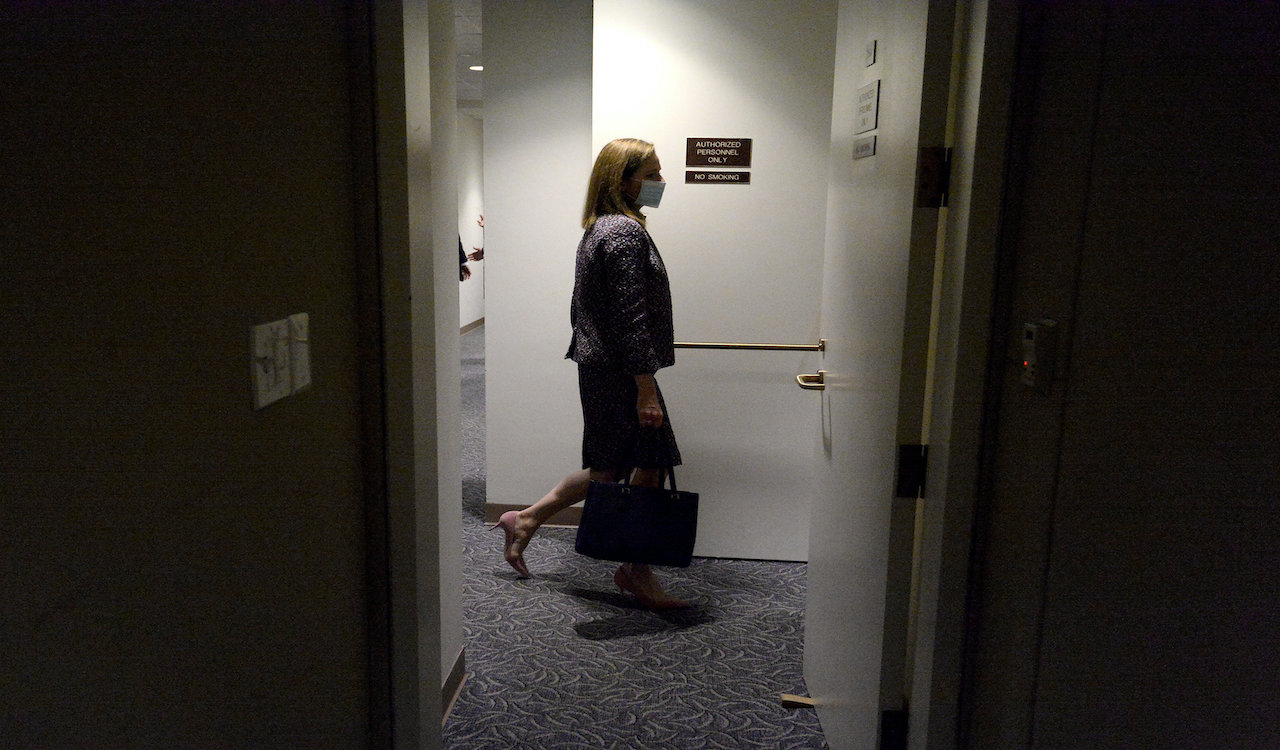 The Senate Judiciary Committee has committed to a date to vote on the confirmation on Amy Coney Barrett to the Supreme Court.

When the vote passes in committee, a full vote will take place in the Senate. It is expected to pass with the support of Republicans who dominate the Senate.

The Hill reports: “Barrett's nomination was on the Judiciary Committee's agenda for the first time on Thursday morning, but was widely expected to be held until October 22. Under committee rules, any one senator can request that a nomination be delayed a week, and they routinely are.”

According to the publication, Graham moved to bypass a committee rule that requires two members of a minority party to be present before the nomination is formally held over. Despite the absence of most members of the Democratic party, Sen. Dick Durbin (D-Ill.) and Sen. Richard Blumenthal (D-Conn.) were present, allowing Graham to proceed.

Senate Minority Leader Chuck Schumer said on Sunday that the Democrats intend to block the confirmation by refusing to “supply quorum” for votes in the Senate, according to the Daily Caller. In layman’s terms, Schumer and his cohorts in the Democrat party may refuse to show up for the vote and thus prevent the vote from taking place.

Despite Schumer’s threats, other Democrats are not keen on the plan and intend to follow through with the process, The Hill reported.

“If we boycott the meeting today you know Senator Graham has indicated that he’ll just potentially vote it out of committee or change the rules or do whatever he wants to do,” said Sen. Richard Blumenthal. “Boycotting a meeting is a tactic that could be used at some point but I don’t think today’s meeting is the one where it would be appropriate or effective to do it.”

On Thursday, the Senate Judiciary Committee will question witnesses to speak to the character of Judge Barrett in two different panels across the day.