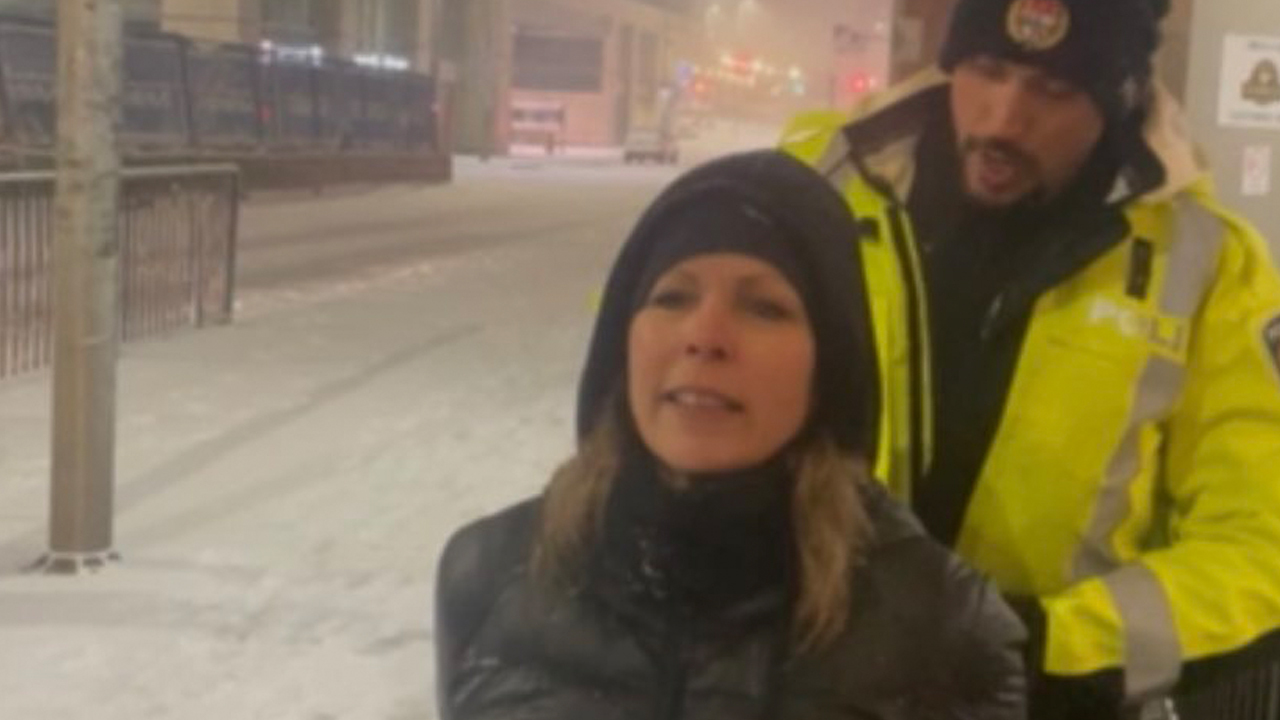 Freedom Convoy organizer Tamara Lich is back in court today, where she is having a review of her bail following her arrest on February 17. Lich filed for the review in an effort to appeal the February 22 decision denying her of bail.

A bail review is essentially an Appeal of the bail ruling which currently denied bail to Tamara Lich. There are two ways in which the review can be granted: 1) a change in circumstances, or 2) an error in law.

With the Freedom Convoy now dispersed from Ottawa, Anber points out that Lich's defence will likely focus on the fact that the protest has been cleared away and is unlikely to return in any meaningful manner, especially one which police would find overly difficult to deal with.

The main change of circumstance I is that the protest is gone & unlikely to come back in any unmanageable way. There are also a number of potential errors in the decision below. Defence will argue that conditions can be fashioned to allow for bail in light of changes/errors.

Upon entering the court, Lich was wearing shackles. The defence requested the restraints be removed, something the police didn't want, but the judge agreed Lich was not a danger.

Judge orders shackles to be removed from Lich as she does not pose a safety risk. Police didn’t want to and Crown after the fact agreed with defence request, but it’s been ordered.

In Anber's opinion, the Crown failed to discredit Lich's request for bail during cross-examination.

Crown finished cross-examining Lich. Scored a few small points but nothing in my view solid enough to discredit the bail plan as testified to by Lich.

Lich's surety, the person responsible for making sure she upholds the terms of her potential bail, also faced examination by prosecutors.

The surety is holding up to a strong cross examination by the Crown. The surety answered acknowledgement that blocking the roads is wrong but protesting is not. Judge’s comments however suggest that he’s a lot less impressed than I am by the answer.

During the bail review, the defence made a comparison between the way G20 rioters were treated compared to convoy protests.

Into arguments now: defence going first. First argument is comparing G20 charges to this; in G20 cases, some accused got 7-12 month house arrest sentences when there was rioting, violence, arson and significant property damage. Counsel contrasts this to present charges.

The Crown attempted to respond by suggesting that the convoy's dispersal was not relevant to Lich's bail status. An argument Anber described as “attractive, but I think incorrect.”

Citing from St-Cloud & JA decisions, 👑 makes the argument that any alleged change in circumstances must be read along with the initial decision denying bail to see if the change is relevant. Here, 👑 argues the judge’s findings on Lich’s testimony aren’t disturbed by new info.

A further analogy was provided by the Crown, suggesting that releasing Lich would be like “allowing a thief to supervise a burglar.”

Crown argues that the defence’s release plan is akin to “allowing a thief to supervise a burglar”. Say what you want about the Crown, he has a way with words and imagery. I don’t think the judge will be persuaded by it though.

The defence offered a brief reply, asserting that Canadian justice is dealt with through a trial, not through bail hearings.

She adds it is wrong to try & “send a clear message” by using Lich’s freedom. If you are alleged to breach the rule of law, our system deals with that in a trial, but not in the bail court. Her point is that there is a heavy presumption to release but she’s not making it clearly

Unfortunately for Lich, because the hearing has lasted virtually all day, no decision from the judge will be coming tonight.

Justice Johnston is not going to release a decision today given the hour & that he’s been sitting since 9am. He’s also scheduled in Perth for rest of the week. Judge not keen on a lengthy delay but options limited.

Decision set for Monday, at 2:00pm

Rebel News has been covering the Freedom Convoy since it first began. To see all of our continuing coverage of the protest, and to support our independent journalism, visit ConvoyReports.com.