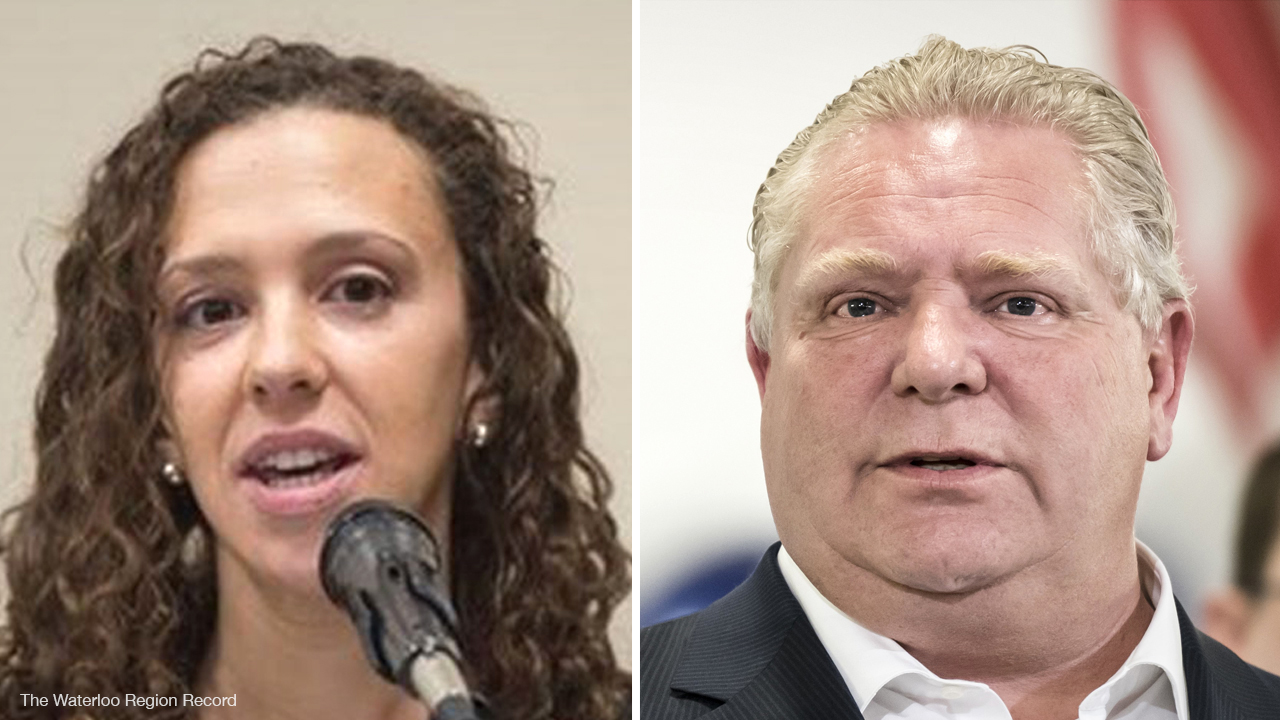 The bill, introduced in early July, aims to give the Ontario government the ability to extend some of the power granted to it from the emergency measures act, in hopes of easing the progression towards the reopening of the province following the fallout from the coronavirus lockdowns.

At it's core Bill 195 takes away the legislature's ability to vote on the use of extraordinary emergency powers on Ontarians for the next year. By transferring away the ability for Ontario MPP's to consider, debate, and vote on how emergency powers are used on Ontarians, Bill 195 essentially silences every single Ontario MPP on the most important issue facing our legislature today.

Rebel News can verify that following her vote against her parties motion, Karahalios has since been removed from the PC party caucus in response. Robert Benzie of The Globe and Mail also confirmed the removal of Karahalios on Twitter.

BREAKING: Premier Doug Ford has turfed Belinda @KarahaliosPC from the @OntarioPCParty caucus
for breaking ranks on the #COVID19 bill. “Our government’s first priority is the health and safety of all Ontarians," said Ford.#onpoli

"BREAKING: Premier Doug Ford has turfed Belinda @KarahaliosPC from the @OntarioPCParty caucus for breaking ranks on the #COVID19 bill. “Our government’s first priority is the health and safety of all Ontarians," said Ford. #onpoli" Benzie's tweet reads.

The bill has received harsh criticism from all sides of the political spectrum following its announcement.

President of the Justice Centre for Constitutional Freedoms John Carpay stated Bill 195, "ignores the spirit of Ontario's emergency legislation," and "transforms Cabinet's temporary emergency power into a longer-term power that is wielded without the oversight of the Legislature for the next year."

Christine Van Geyn, Litigation Director for the Canadian Constitution believes, "this is power-grab by the premier is an unjustified violation of Charter protected rights and citizens should be concerned."

The Ontario Nurses Association called the bill, "unconstitutional and unnecessary," adding that, "it provides extraordinary powers to override existing laws and constitutional rights, such as Section 2(d) of the Charter."

Joining alongside the nurses, other frontline staff represented by the Ontario Council of Hospital Unions staged a protest of the bill.

"Belinda Karahalios will no longer be sitting as a member of the Progressive Conservative caucus. Our government's first priority is the health and safety of all Ontarians, and Bill 195 is an important piece of legislation that protects each and every citizen during the pandemic," the announcement said.

Karahalios defended her vote on the bill, stating:

Two years ago, I was elected to be the voice of the people of the riding of Cambridge. When the voters elected me, they gave me a job to do.  That's the job I've been doing for two years and that I'll continue to do as long as I'm an MPP.  All Ontario MPPs have been responsive to return to the legislature whenever urgent legislation is required, including but not limited to dealing with the current pandemic.  No one has been able to provide a good reason why we can’t continue with regards to the use of emergency powers for the rest of our mandate.

Karahalios is the fourth member of the PC Party to depart since Premier Ford took the reigns of the party shortly before the provincial election in 2018.