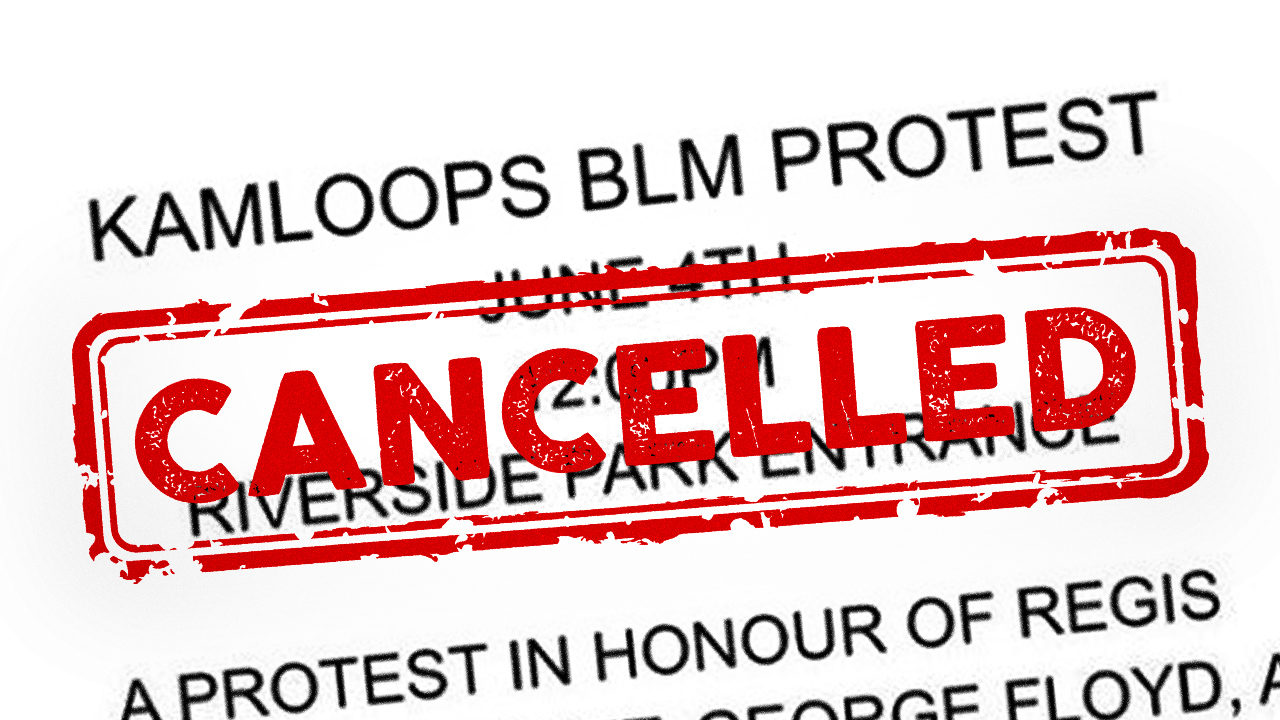 A Black Lives Matter march in Kamloops, British Columbia that was cancelled because the group couldn't find a black person to lead it, has gone ahead.

The event scheduled for noon June 4 at Kamloops' Riverside Park was cancelled with just two hours to spare, when the organizers suddenly realized they were white.

However, Revelstoke Review reports “hundreds” of people still poured in to the park with homemade signs Thursday afternoon to protest racism.

Our intentions were to create a platform and conversation.

We want BIPOC (Black, Indigenous and People of Colour) to lead these protests. The original idea was to create a space for people to express their feelings of injustice and for us to be able to be there to protect the BIPOC in this space.

We do not want to speak over them, we want to amplify them.

This event will be cancelled as we too, would rather BIPOC directly organize these events. We took all feedback we could see from BIPOC to make our platform better and listen to all the criticism we got from them but we feel as though this was not enough.

Thank you for all the support but please direct it elsewhere.