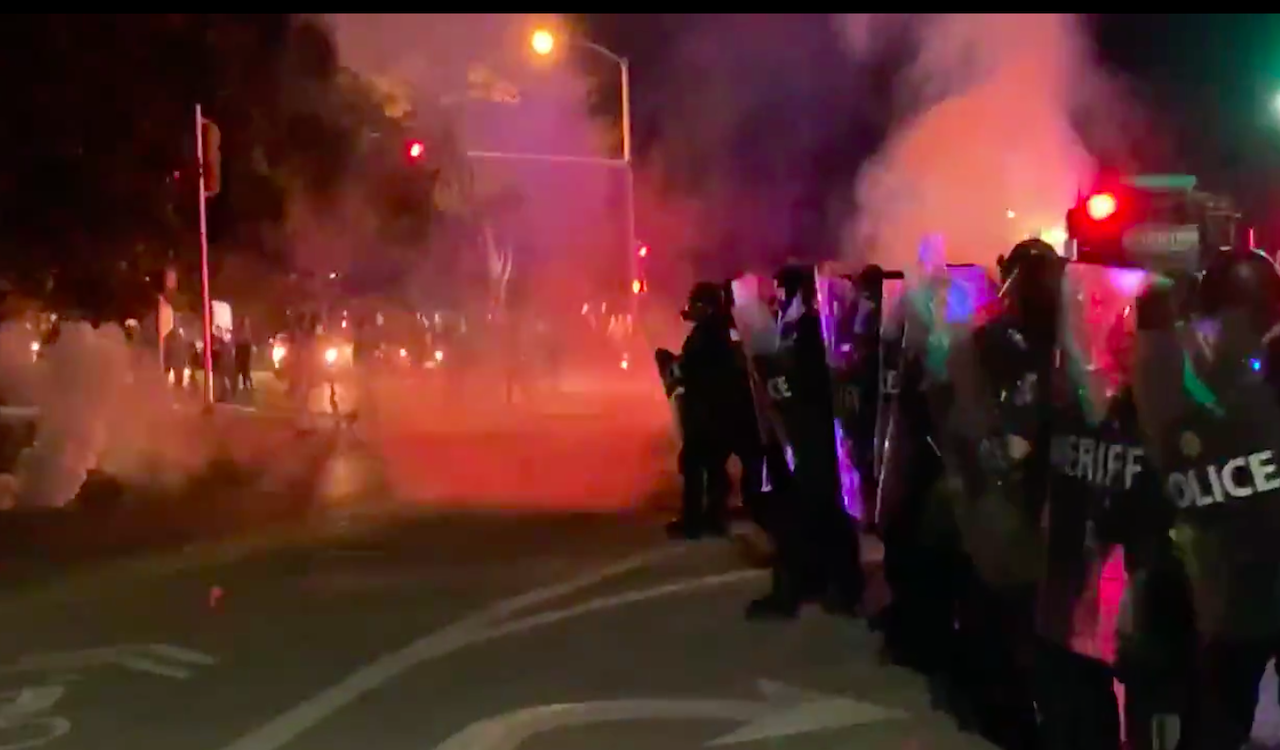 Riots have broken out in Wauwatosa following the dropping of charges against a police officer involved in a fatal shooting.

The Milwaukee County District Attorney’s rendered a decision on Wednesday not to file criminal charges against a police officer involved in the fatal shooting of 17-year-old Alvin Cole. In a letter to the Wauwatosa police chief, DA John T. Chisholm wrote that there was "sufficient evidence" showing that officer Joseph Mensah believed deadly force was necessary due to Cole being armed.

"He did not surrender the weapon and was fired upon by Officer Mensah causing his death," Chisholm wrote. "(T)here is sufficient evidence that Joseph Mensah had an actual belief that deadly force was necessary and that his belief was objectively reasonable."

The shooting of Alvin Cole took place on February 2 and have been the subject of regular protests in Wauwatosa since. Cole was the third person Mensah had shot since joining the force.

In anticipation of riots following the decision, Gov. Tony Evers activated the National Guard as a precaution. “Hundreds” of soldiers were prepared, according to Guard spokesperson Maj. Joe Trovato, ABC 7 reports.

After curfew was declared at 7pm, “many people ignored the curfew, marching peacefully in the city,” ABC 7 reports. However, the scene soon changed as hundreds of protesters turned violent. Some protestors threw projectiles at police, and vandalised buildings.

Footage on the ground in Wauwatosa, captured by Townhall journalist Julio Rosas, showed that “some in the BLM crowd are smashing windows.”

In addition to businesses, rioters targeted homes by smashing their windows and vandalizing their front yards.

Some rioters in Wauwatosa, WI are now smashing windows of homes. People in the crowd tried to stop them from targeting homes. pic.twitter.com/vIiDQDPzTr

In Rosas’ footage, the Black Lives Matter crowd “marched towards a line of police” and “began to throw projectiles. Police fired tear gas and pepper balls in response.”

As the BLM crowd was marching through the neighborhoods of Wauwatosa, one man came out to tell people to get off of his property, telling them there are people who most likely support BLM. One guy drove on his yard with a motorcycle. pic.twitter.com/yxOyZXqMOQ

Some rioters filled into a gas station to loot it but were only stopped when police showed up.

At another stand off between police and BLM marchers, the crowd inched their way towards the cops, using a car as cover. Police used tear gas to disperse the crowd. pic.twitter.com/5lQDwfE1BB