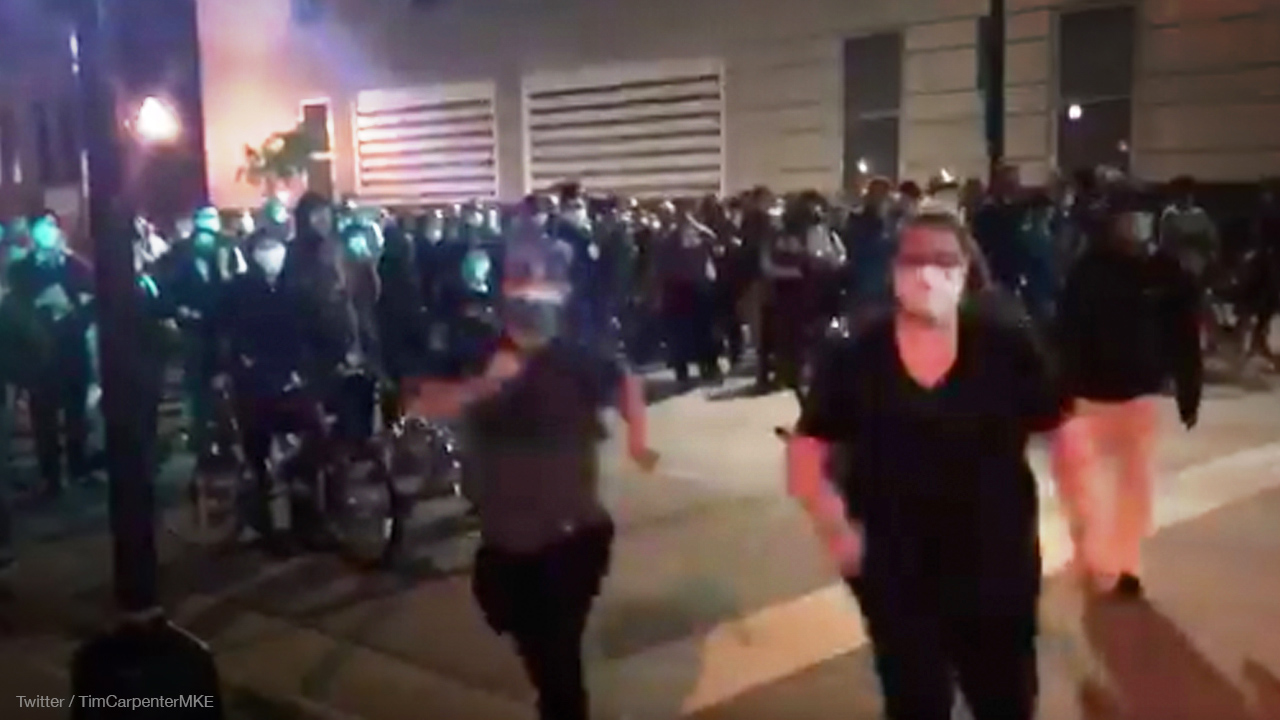 The riot, which took place in the Wisconsin State Capitol, saw the destruction of two statues and multiple businesses vandalized. Amid the violent demonstration, a group of BLM protesters assaulted State Sen. Tim Carpenter after he stopped to record footage of their march.

"I took this pic- it got me assaulted & beat up. Punched/kicked in the head, neck, ribs. Maybe concussion, socked in left eye is little blurry, sore neck & ribs. 8-10 people attacked me. Innocent people are going to get killed," wrote Carpenter on Twitter. He posted a video that included several of his assailants.

I took this pic- it got me assaulted & beat up. Punched/kicked in the head, neck, ribs. Maybe concussion, socked in left eye is little blurry, sore neck & ribs. 8-10 people attacked me. Innocent people are going to get killed. Capitol locked- stuck in office.Stop violence nowPlz! pic.twitter.com/Zw2hdfYG66

In the clip, several demonstrators can be seen yelling and pointing at Carpenter before two of them rush towards him and appear to seize his phone. Sounds of violence ensue in the background.

Carpenter, who is an openly gay progressive Democrat who has served in the legislature for 36 years, told the Washington Post that he wants to see an end to the violence.

"This has got to stop before someone gets killed," he said.

Protesters from BLM insist that the lawmaker provoked them into assaulting him, telling the Journal Sentinel’s Lawrence Andrea that he was asking for it.

Carpenter collapsed on the ground after getting away from the scene following the attack. WKOW reporter Lance Veeser identified the collapsed lawmaker and noted that the news crew called paramedics.

I believe this is State Senator Tim Carpenter. Minutes earlier he told us the protesters assaulted him. Then he collapsed walking towards the Capitol. We called paramedics. An ambulance is here now. pic.twitter.com/uUSdKyQ1hp

Amid the violence against Carpenter, the protest mob pulled down two statues that stood outside the statehouse, including one of Col. Hans Christian Heg, an abolitionist who fought for the Union and died during the Civil War. The Heg statue was toppled, drag through the streets, beheaded, and thrown into Lake Monona.

The demonstrators also toppled and dragged the statue of Lady Forward, which was created by Jean Pond Miner in 1895 as an "allegory of devotion and progress." It is regarded as an early symbol of women's rights.

Lady Forward statute has been removed by protesters at the Wisconsin State Capitol. Statue is now in the middle of the street. pic.twitter.com/aqgbuEsojl

A supporter of the protests on Twitter claims that the statue was destroyed, "because we are at a historic moment of discontent and anger where we have to reckon with the fact that all the good things that statue represents come with exclusions that we have previously been allowed to ignore."