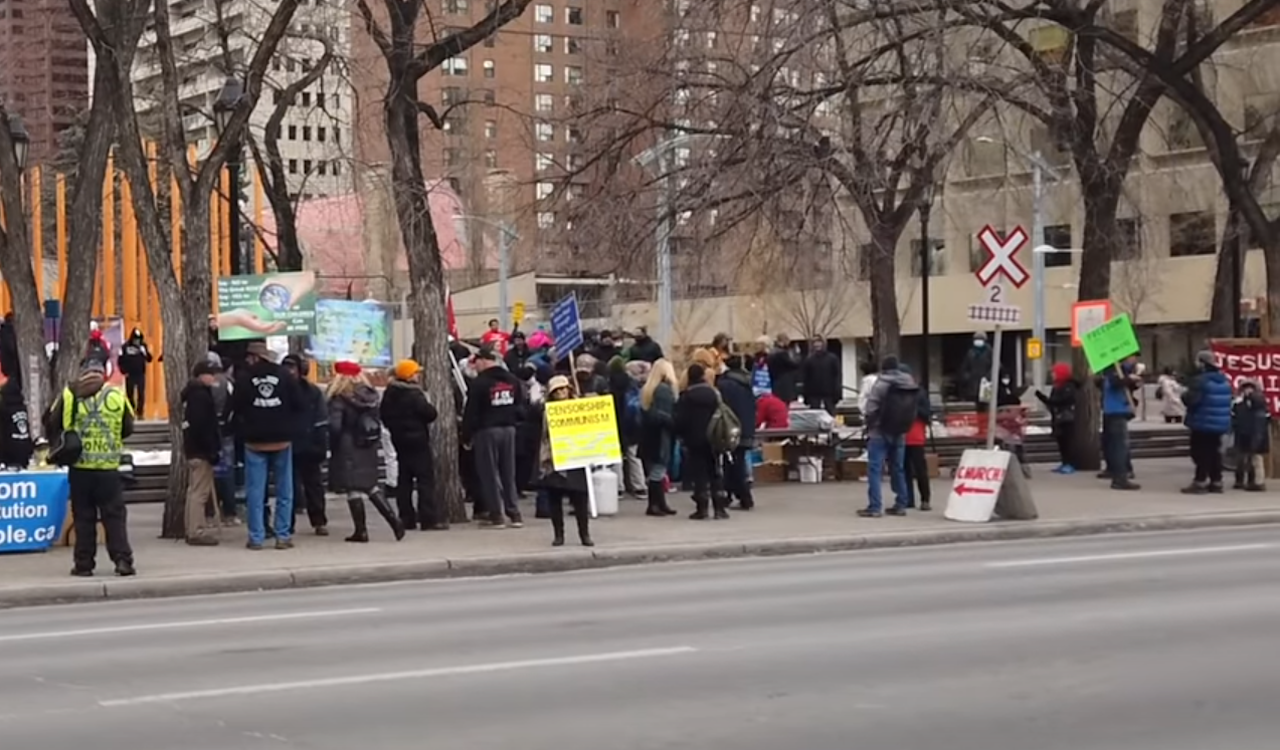 Three Calgarians have been charged in relation to political and religious gatherings held in front of the Calgary Municipal Building last weekend.

After a joint press conference between Calgary Police Superintendent, Ryan Ayliffe, and the Calgary Emergency Management Agency (CEMA) Chief, Tom Sampson, reporters were told that the city “cannot go easy on this anymore.”

As a journalist, I've reported from both Calgary and Hong Kong. I believe that our people have a lot in common. We share deeply entrenched values of freedom and personal responsibility. But now we share something else: both of our governments have made political protest illegal.

One hour after Sampson called for an unconstitutional crackdown on political protest, he resigned from his position with the city. He was replaced by his deputy, Susan Henry​.

CPS and CEMA report directly to Mayor Naheed Nenshi’s administration, which might explain why the police acted in contravention of the Alberta Attorney General’s expectation that they respect constitutional rights.

“We do not suspend our charter rights even during a pandemic,” Kaycee Madu told reporters after it became clear Nenshi’s officers were about to go rogue​.

“I ultimately expect them to balance the need for enforcement with the need to respect charter rights,” he insisted.

Street church Pastor Artur Pawlawski and two others received the tickets from CPS officers. The officers allegedly tracked them down and threw the tickets on the floor of their home, several days after the alleged violations to the ban on political protests and religious gatherings.

Pawlawski and his brother (who attended the religious gathering) are from Poland. He told Rebel News in an interview over the phone that this ordeal reminds him of his childhood. "They are like Gestapo," he said.

The two brothers now face a joint total of $2,500 in fines, and Artur Pawlawski has received a summons to attend court, where further prosecution for the protest may occur.