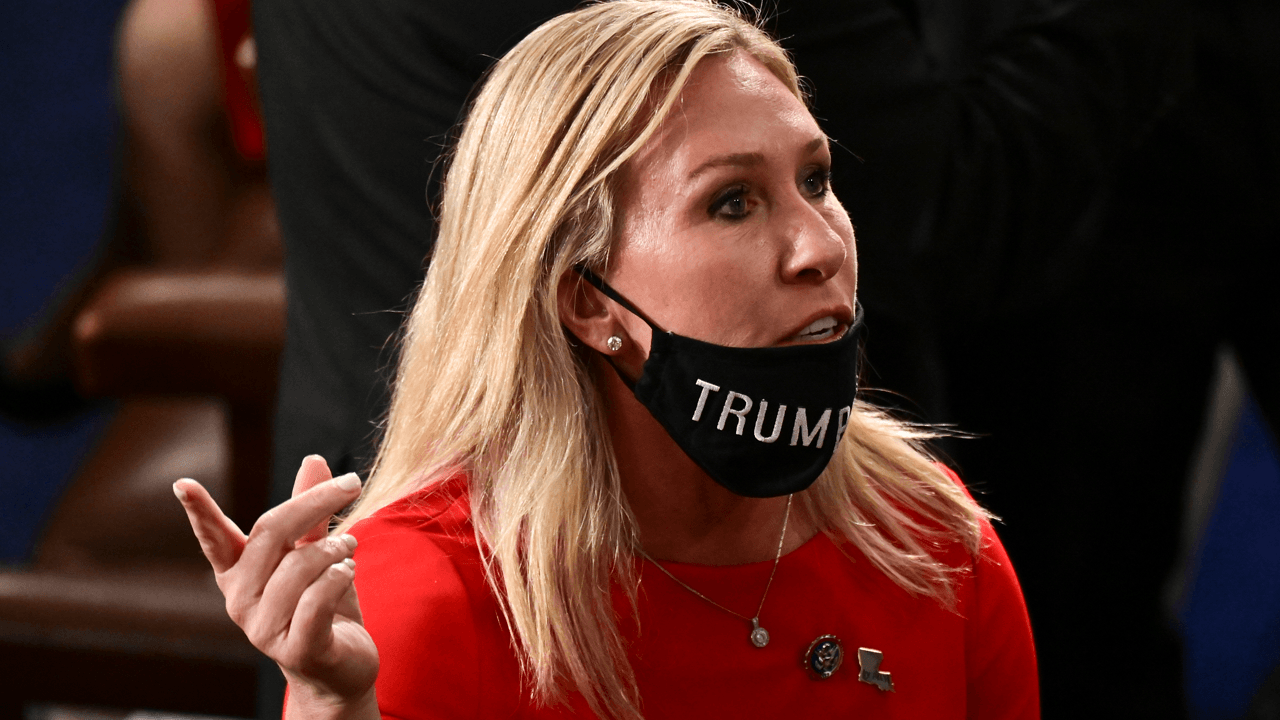 Senate Minority Leader Mitch McConnell has condemned freshman Republican Congresswoman Marjorie Taylor Greene, in the wake of calls from both sides of the political aisle for Republican leadership to sanction Greene for inflammatory remarks she made before her election.

In a statement, McConnell described Greene’s apparent views as an embrace of “loony lies and conspiracy theories,” calling her presence in Congress a “cancer for the Republican Party.”

“Somebody who’s suggested that perhaps no airplane hit the Pentagon on 9/11, that horrifying school shootings were pre-staged, and that the Clintons crashed JFK Jr.’s airplane is not living in reality,” McConnell said. “This has nothing to do with the challenges facing American families or the robust debates on substance that can strengthen our party.”

McConnell did not mention Greene by name, but recent media focus on her beliefs has caused embarrassment for the Republican Party, leaving commentators little room to doubt that he was referring to anyone else.

The Hill notes that McConnell’s “rare, scathing remarks about a freshman GOP lawmaker from the other chamber suggests he recognizes the potential damage her violent rhetoric and bizarre conspiracy theories could inflict on congressional Republicans as they try to take back both the House and Senate in next year’s midterms.”

In response to McConnell’s comments, Greene took to Twitter to remark that “The real cancer for the Republican Party is weak Republicans who only know how to lose gracefully.”

“This is why we are losing our country,” she said.

Greene has faced strong criticism over her comments regarding the Sandy Hook Elementary School shooting, in which a mass shooter claimed the lives of 20 school children and six adult staff members. She also suggested that a hijacked plane was not the cause of the September 11 attack on the Pentagon. Greene’s videos claiming that California wildfires were caused by “space lasers” owned by the Rothschild family, an antisemitic conspiracy theory, have also resurfaced in recent days.

Conservative religious organizations as well as vocal supporters of former President Donald Trump have condemned Greene and backed calls to remove her from her committee assignments in the House of Representatives, reports the Daily Wire.

House Minority Leader Kevin McCarthy is scheduled to meet with Greene this week over the matter, and is expected to take a similar position to the one he took with former Rep. Steve King, who faced a similar controversy in 2019. King was eventually removed from his committee assignments and lost his bid for re-election.