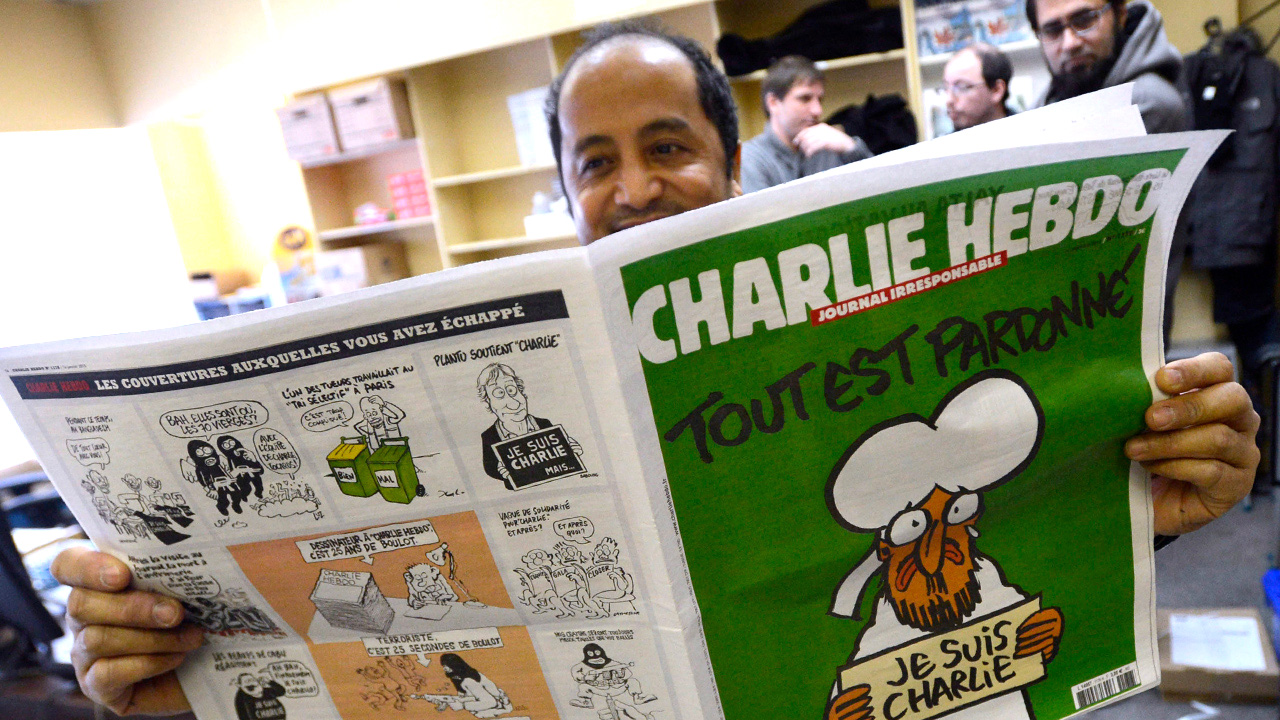 Now, with 14  alleged co-conspirators heading to trial, the magazine is re-printing the 2006 Jyllands-Posten cartoons at the heart of the controversy.

According to the Daily Mail, the editorial team at Charlie Hebdo said that it is ‘essential’ to republish the cartoons now as the trial kicks off:

'We have often been asked since January 2015 to print other caricatures of Mohammed,' [the editors wrote].

'We have always refused to do so, not because it is prohibited - the law allows us to do so - but because there was a need for a good reason to do it, a reason which has meaning and which brings something to the debate.'

Two years before his death at the hands of these fanatics, Charlie Hebdo's editor Stéphane Charbonnier said that he'd rather “die standing than live on [his] knees.”

In 2008, Rebel News commander Ezra Levant famously said that he printed the cartoons during his tenure running the Western Standard by explaining to a government official because “it's my bloody right to do so.”