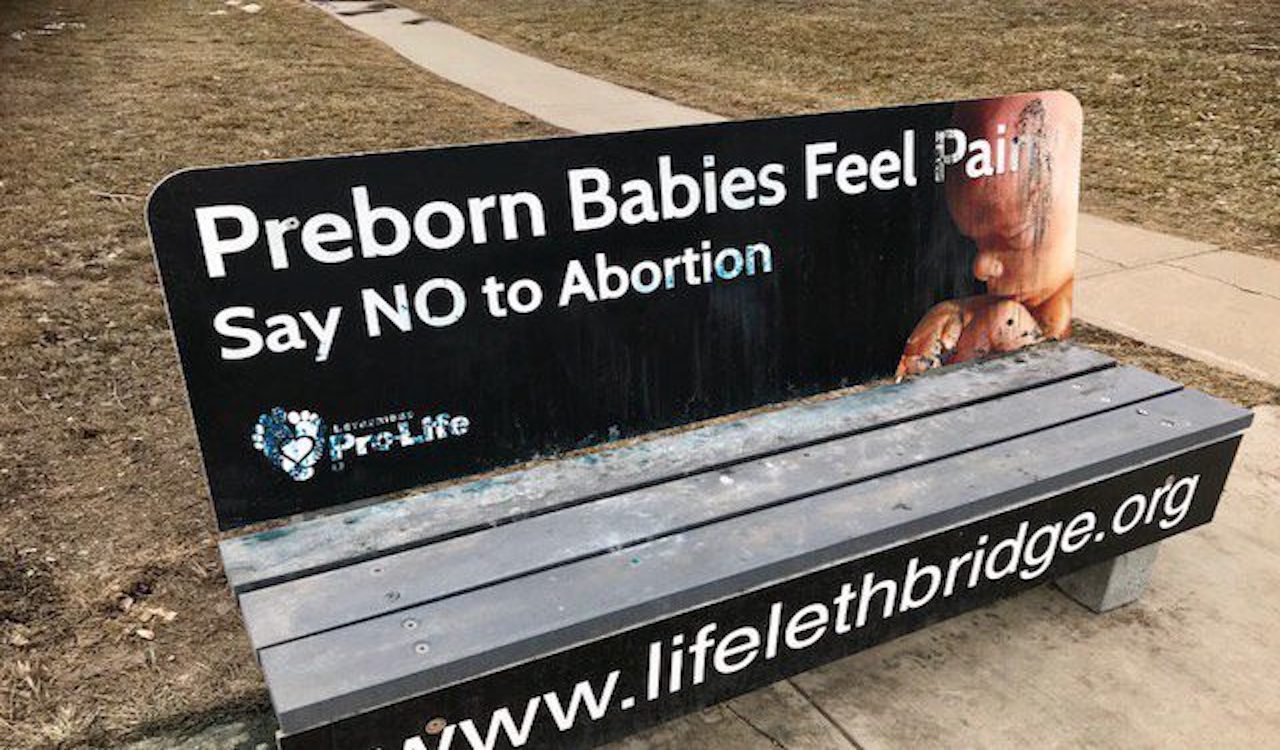 Lethbridge and District Pro-Life Association has won a court decision after their anti-abortion ads were removed from city property.

The ruling cited Charter rights to free expression in response to Lethbridge Pro-Life's blocked application to continue to run a series of five ads on city buses, bus shelters and benches.

According to court documents, Lethbridge Pro-Life started negotiating with the city's official advertising agent Pattison to run phrases such as “Preborn Babies Feel Pain/Say NO to Abortion” starting in October 2016.

After multiple revisions from the Pro-Life group and tentative approvals from Pattison and Lethbridge Transit, the City posted the ads starting on February 20 2018 with a contract running until May 20, 2018.

Lethbridge Pro-Life was made aware that their ads would be removed by the City in April 2018 "due to adverse community reaction," with the City reporting over 100 emails and “social media complaints.”

Negotiations to post new, modified ads continued until November 2018, when the City Solicitor provided a list of reasons for why the new series of ads were rejected. Factors considered by the City included “the content and implied/perceived content of the proposed advertisements” and “community response when the Applicant's previous advertisement was run on Lethbridge transit property.”

And now, the decision to ban the new ads has been reversed by Justice Gates of the Court of Queen’s Bench of Alberta.

According to a press release from Lethbridge and District Pro-Life Association,

The Court judgment said that the City’s decision to ban the ads was unreasonable because while the City said it conducted LPL’s Charter rights in making its decision, its reasons did not show that. The Court also ruled that it was unreasonable to ban the ads on the basis of the LPL’s website and that rejecting the ads on the basis of inaccuracy does not accord with the right to freedom of expression because, “the fight to freedom of expression does not support the contention that the expression must be widely accepted, accurate or scientifically verifiable.”

The Court also ruled on the issue of whether public complaints provide a legitimate basis for prohibiting expression, saying, “public upset and alarm are not sufficient to tip the balance away from the protection of freedom of expression, and that “… a strong and healthy democracy requires a willingness on the part of the public to accept that the expression of opinions and ideas may, at time, shock, offend and even disturb them.”

Further, the Judge noted that “the fight to freedom of expression does not support the contention that the expression must be widely accepted, accurate or scientifically verifiable.”