Mislav Kolakušić said 'Canada, once a symbol of the modern world, has become a symbol of civil rights violation under your quasi-liberal boot in recent months.' 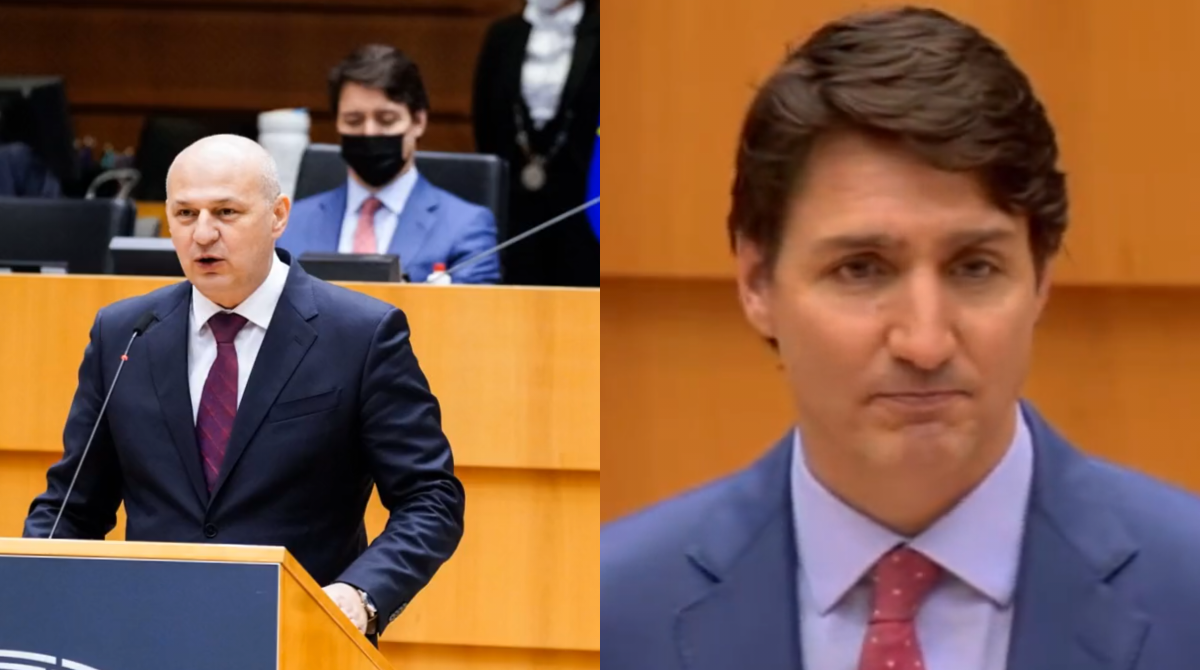 Mislav Kolakušić, a Member of European Parliament, called out Prime Minister Justin Trudeau yesterday for the erosion of civil liberties in Canada during the Freedom Convoy protest.

A representative from Croatia, Kolakušić said that the world watched as police, operating with jurisdiction under Trudeau's usage of the Emergencies Act, “trample[d] on women with horses” and “block[ed] bank accounts from single parents.”

PM Trudeau, in recent months, under your quasi-liberal boot, Canada 🇨🇦 has become a symbol of civil rights violations. The methods we have witnessed may be liberal to you, but to many citizens around the🌎it seemed like a dictatorship of the worst kind. pic.twitter.com/FZuc6aDZ1I

Trudeau was made to listen to Kolakušić's words in person, as he was in Brussels delivering a speech before the European Parliament.

This is not the first time the Croatian MEP has called out Canada for restricting civil liberties.

In February, during the Freedom Convoy protest, Kolakušić tweeted “The entire civilized world should condemn this unacceptable violence by the police and authorities in Canada. This is not what democracy looks like, this is completely unacceptable and shocking.”

The intention of 🇨🇦PM Trudeau to freeze the bank accounts of citizens who oppose his insane measures without a court order and at his own discretion is deeply frightening and disgusting. Citizens of 🇨🇦❤️, oppose these authoritarian measures and withdraw your money from the banks.

Kolakušić has been a very outspoken critic of pandemic policies, particularly COVID lockdowns, and has raised issues about government overreach in European Parliament in the past. In January, Kolakušić called out French President Emmanuel Macron during another session in parliament, likening France's vaccine mandate policies to a death sentence for a portion of the population.