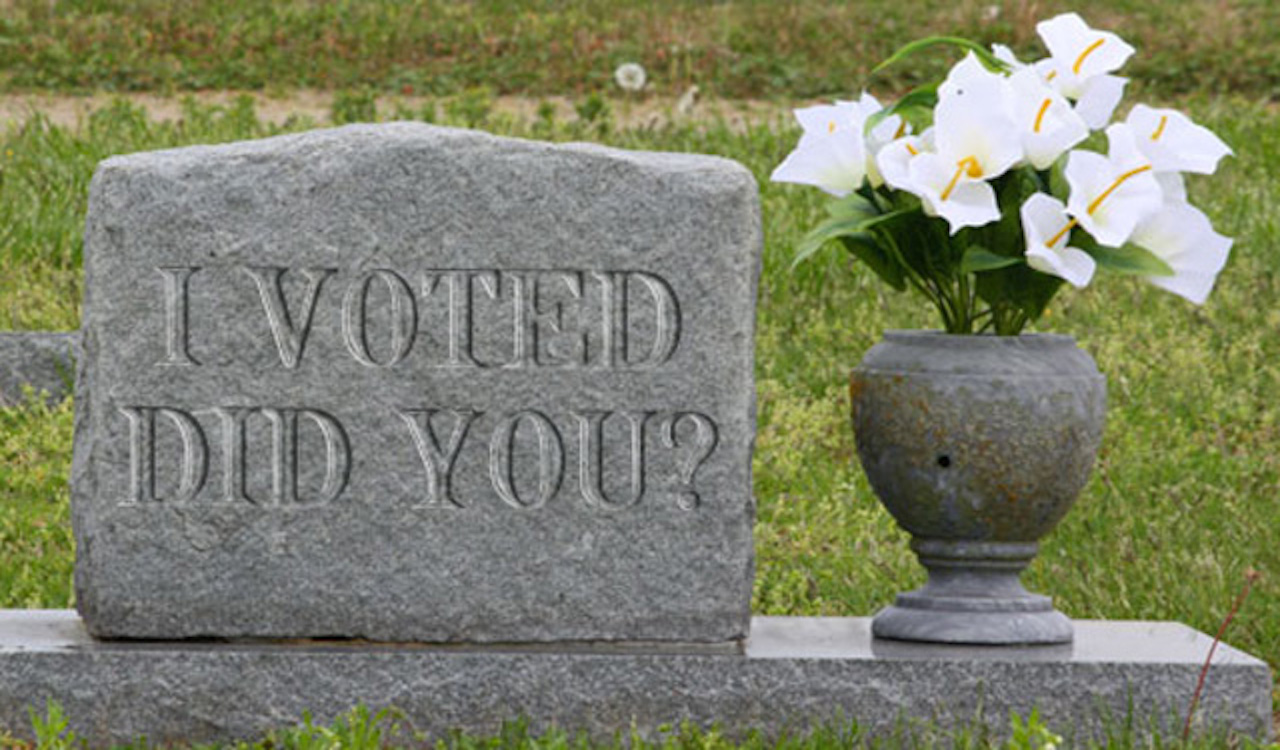 Deceased individuals are showing up as registered voters in absentee ballots throughout hotly contested counties in the US 2020 election.

In a thread on Twitter, pro-Trump activist Austen Fletcher, better known as Fleccas on social media, found a number of votes tied to dead individuals, some of whom passed away decades ago.

“Turns out 118 year old ‘William Bradley’ voted via absentee ballot in Wayne County, Michigan. William Bradley died in 1984,” wrote Fletcher, who posted evidence of the claim. “How long has this been going on?”

Fletcher linked to the official Michigan voter registration website and a video of the evidence, asking others to check it out for themselves.

Here’s me plugging it in.. pic.twitter.com/EtzD0A4fwJ

ANOTHER ANOTHER ONE: Apparently Donna Brydges (born in 1901) voted via absentee ballot in Mason County, Michigan. That would make her 119 years old!

ANOTHER ONE: Apparently June Aiken (born in 1900) voted via absentee ballot in Jackson County, Michigan. That would make them 120 years old!

Further details show that “William Bradley” was registered to vote 18 years after his death in 2002.

He also registered to vote 18 years after he died pic.twitter.com/XAPC7JJwUA

Fletcher’s discovery of apparent voter fraud prompted him to call for “smart computer people with spreadsheets who can cross reference death records with voting records,” urging software engineers to come forward with their support.

According to Facebook and multiple fact-checking agencies — the claim that some have made that there are deceased individuals on the voter registry un Michigan is disputed or false. In response, Austin Fletcher, a.k.a Fleccas Talks, has uploaded a video on YouTube explaining his position.