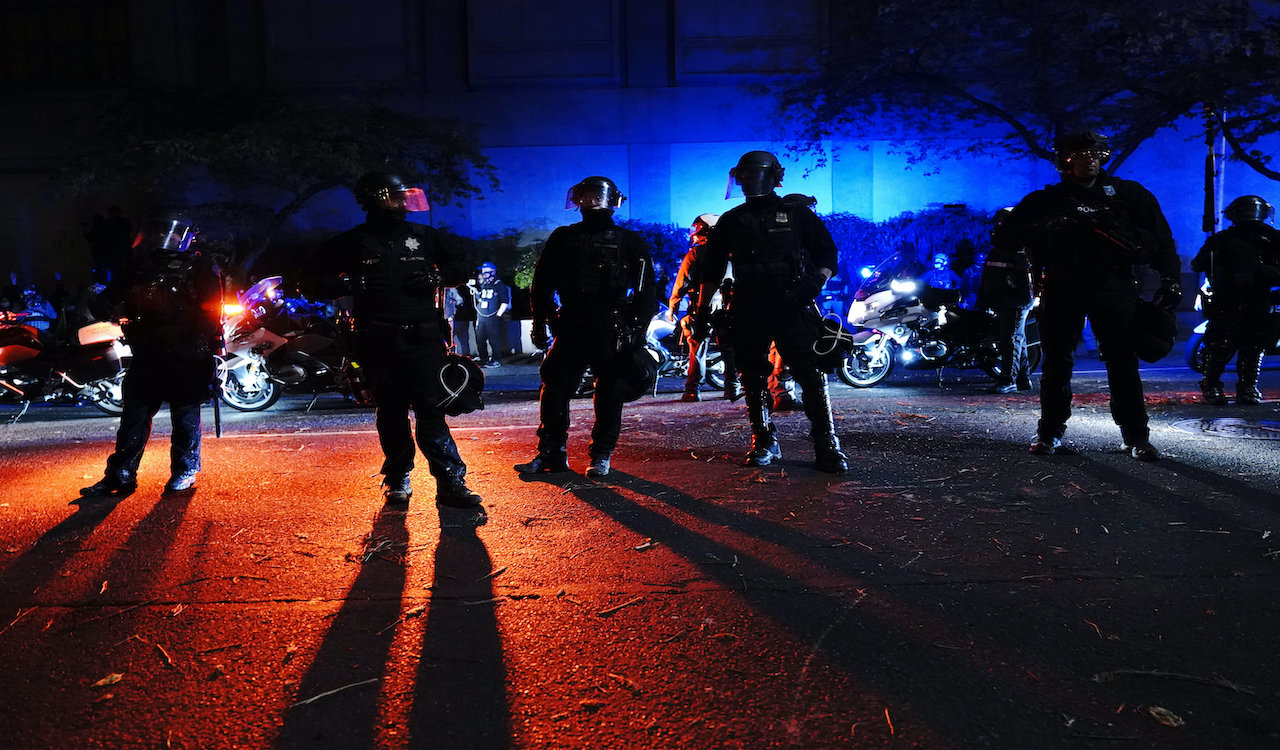 Derek Chauvin has been released from jail after posting a $1 million bond, according to Fox9. Chauvin was arrested following the death of George Floyd and charged with second- and third-degree murder, as well as manslaughter.

His release prompted a riot to erupt in Minnesota on Wednesday night following a peaceful demonstration earlier in the day.

On May 25, Chauvin was recorded on video kneeling on George Floyd’s neck after police were attending a report of a man trying to pass counterfeit currency. Chauvin maintained his position on Floyd for nearly nine minutes.

Floyd died during the apprehension, with coroners later determining the cause of death to be related to a Fentanyl overdose. Chauvin’s arrest was followed by the arrest of his fellow officers at the scene who stood by during the incident, when he was charged with 3rd Degree Murder.

George Floyd’s death in late May ignited widespread riots across the country and calls for the defunding of police nationwide.

A Minnesota Department of Corrections spokesperson confirmed Chauvin was no longer being detained at the prison, stating that court records show he posted a non-cash $1 million bond on Oct. 7, signed by A-Affordable Bail Bonds of Brainerd, Minnesota.

Star Tribune reports that members of the National Lawyers Guild, which has been staunchly supportive of the Black Lives Matter protests, were present at the event. At least two of its members were arrested, along with 49 others.

Minneapolis police spokesman John Elder said said 49 of the arrests were for misdemeanor offenses. The Hennepin County jail log shows many were cited for unlawful assembly. One person was arrested for fourth-degree assault and one other on a felony warrant.