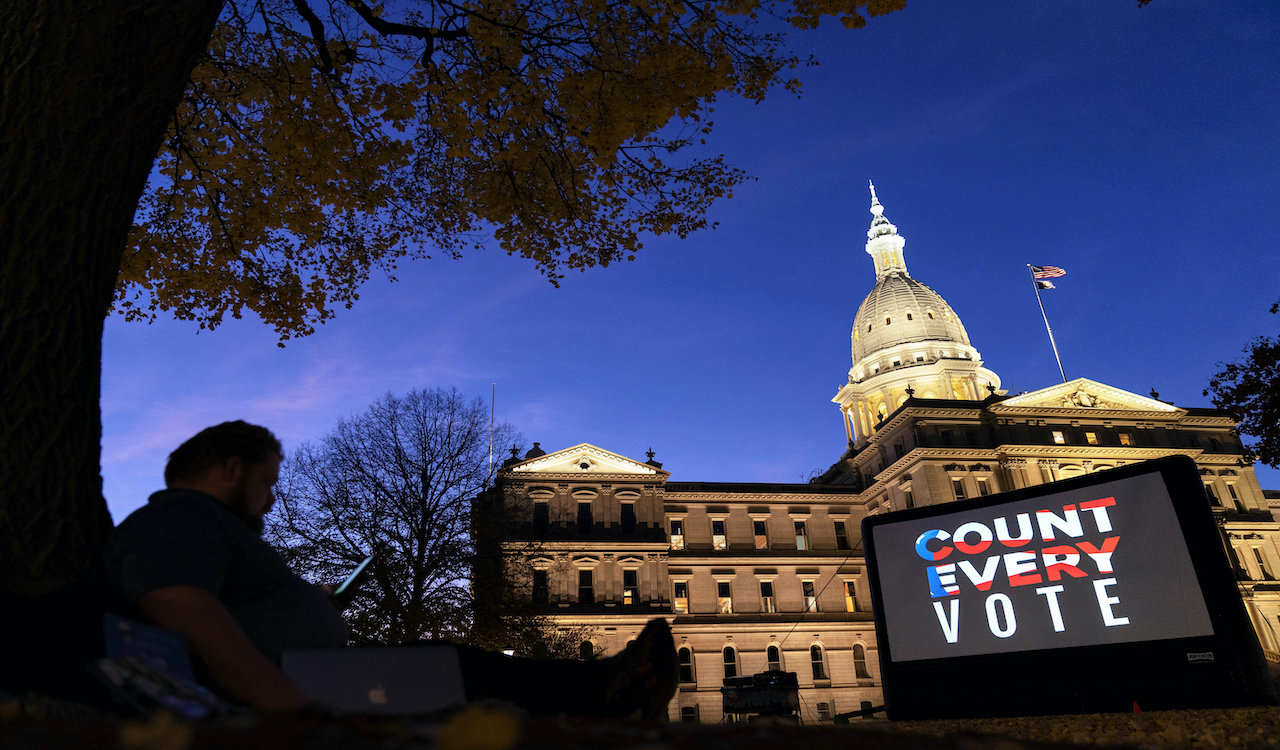 A “glitch” in Michigan’s election results revealed that Republican Oakland County Commissioner Adam Kochenderfer had won his reelection after believing that he had lost. The “technical glitch” resulted in results from seven precincts being counted twice. Officials responded to the error while maintaining that voters should have confidence in the system.

“Adam Kochenderfer, R-Rochester Hills, went to bed Tuesday night believing, with all precincts reporting, he had lost his seat on the 21-member Board of Commissioners to Democratic challenger Melanie Hartman by 104 votes — 19,448 to 19,344,” The Detroit News reported. “But there was a problem: According to Oakland County Clerk Lisa Brown, the total from seven precincts in the city had been reported twice.”

Brown stated, “This is proof that our process of checks and balances works. A methodical canvass is an essential tool to ensure an accurate count and precise results.”

The corrected results placed Kochenderfer from a 104-vote loss to a 1,127-vote victory.

“I thought that was that,” Kochenderfer stated.“Those were the results, and I said I would not seek a recount.” Detroit Free Press reported.

“Apparently, there was a technical glitch in Rochester Hills. And so I actually ended up winning by a little over 1,100 votes,” Kochenderfer added. “I’m very grateful to the officials who caught the error, but we need to ensure that we catch these issues, or prevent them entirely.”

Kochenderfer concluded that members of the public should not see cleaning up how elections are operated as a “partisan” act.

Tina Barton, City Clerk responded to the “glitch” stating, “This was an isolated mistake that was quickly rectified once realized. Every voter should have complete confidence in our voting system.”

“A computer issue in Rochester Hills caused them to send us results for seven precincts as both precinct votes and absentee votes. They should only have been sent to us as absentee votes,” Oakland County Director of Elections Joe Rozell stated. “We noticed the local clerk’s mistake (on Thursday) and corrected it. The county canvass process works, and the correct results are now on our website.”

Error has been corrected

Board holds onto 11-10 Democratic majority pic.twitter.com/9k309U6lFB

Kochenderfer posted a statement on his Facebook profile regarding the results:

Well, this is awkward. I received a call from the Oakland County Elections Division this afternoon. There apparently was a technical glitch in several precincts. Instead of losing by 104 votes, I won by 1,127.

I’m a bit speechless (my wife probably has a joke about that), but I’ll do my best here. While I’m grateful for t he outcome, we should conduct a thorough review of our system to prevent this from happening again.

I’d like to thank the officials who caught the error and corrected the vote tabulation. And of course, thank you to the voters of our area for their support and confidence in me. It’s been and will continue to be an honor to serve you.

I’m also cognizant of the fact that my opponent has experienced the mirror image of my own roller coaster during the past 36 hours. Candidates and their families put countless hours into these elections. While we disagree on some topics, Dr. Hartman made excellent points during her campaign about the need to support mental health programs during this trying time. I invite her to work with me to explore ways we can boost mental health, particularly addressing frontline workers who may be facing a difficult winter as COVID cases continue to rise.

Thank you again for your support. Here’s hoping to a more normal 2021.