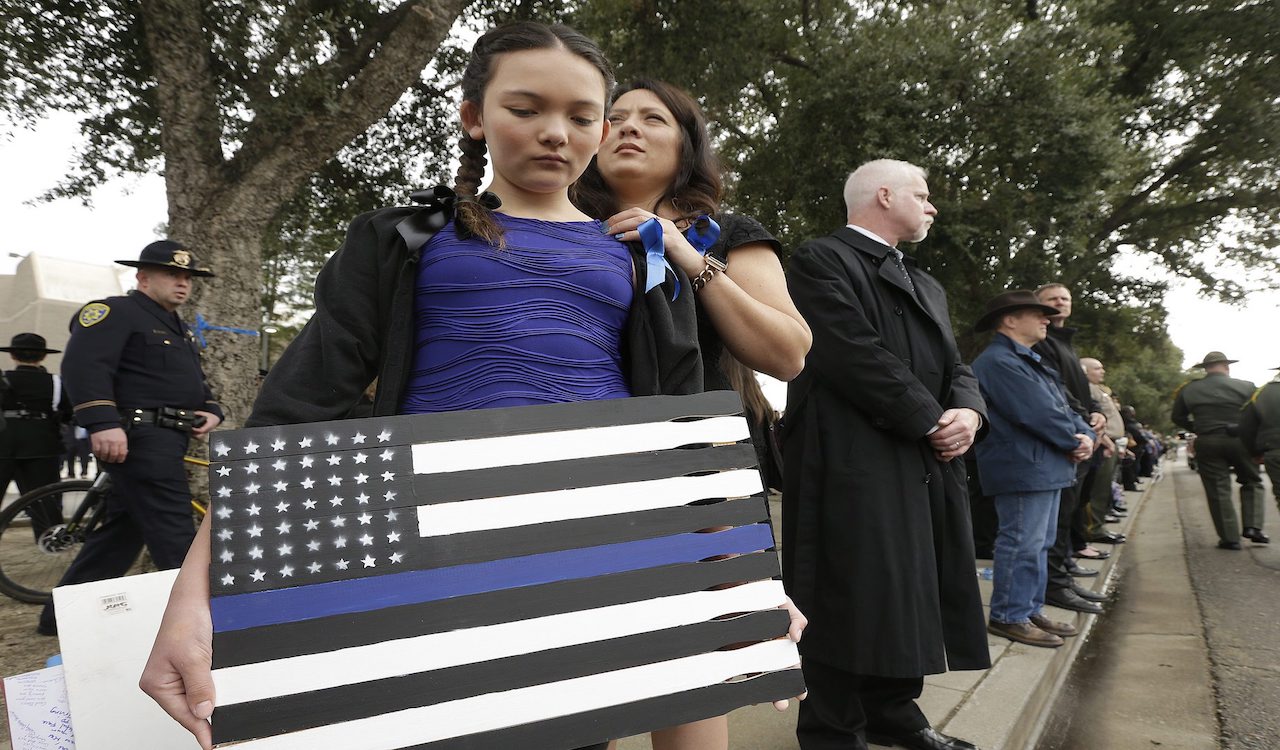 An elderly couple in Seattle were targeted in a drive-by shooting on Friday, police confirmed to Fox News. The Seattle residents believe the cause of the shooting was a “Thin Blue Line” flag outside of their property in support of the police.

Footage obtained by KIRO-TV showed a vehicle firing nine shots into the home in North Seattle before taking off. The couple are two grandparents who have lived in the neighbourhood for decades. The couple informed the station that they believe the reason for the shooting was because of the flag in support of law enforcement.

“I went numb. This didn’t really happen did it?” the homeowner stated. “I’m fearful because I don’t know who it would be that would get that angry.”

The elderly man said that , “about twice a week” he talks with people who have made “derogatory remarks” and told him to take down the flag.

“I didn’t argue with anybody,” he added.

The couple have been subjected to vandalism on their property.

“ACAB” which is an abbreviation for “All Cops Are B*stards” has also been spray-painted onto their home. The couple replaced their flag with a smaller version, hoping for it to deter members of the public from taking their anger out on the elderly couple, simply for supporting the police. Unfortunately it did not work and Seattle police officers have told the couple that keeping the flag hanging is not safe. “The police said as much as we appreciate your support, we tell our families don’t fly them,” stated the homeowner. “Everybody has an opinion and we’re entitled to it. You don’t shoot me for it!”

The couple have declined to reveal their identities in fear of further retaliation.