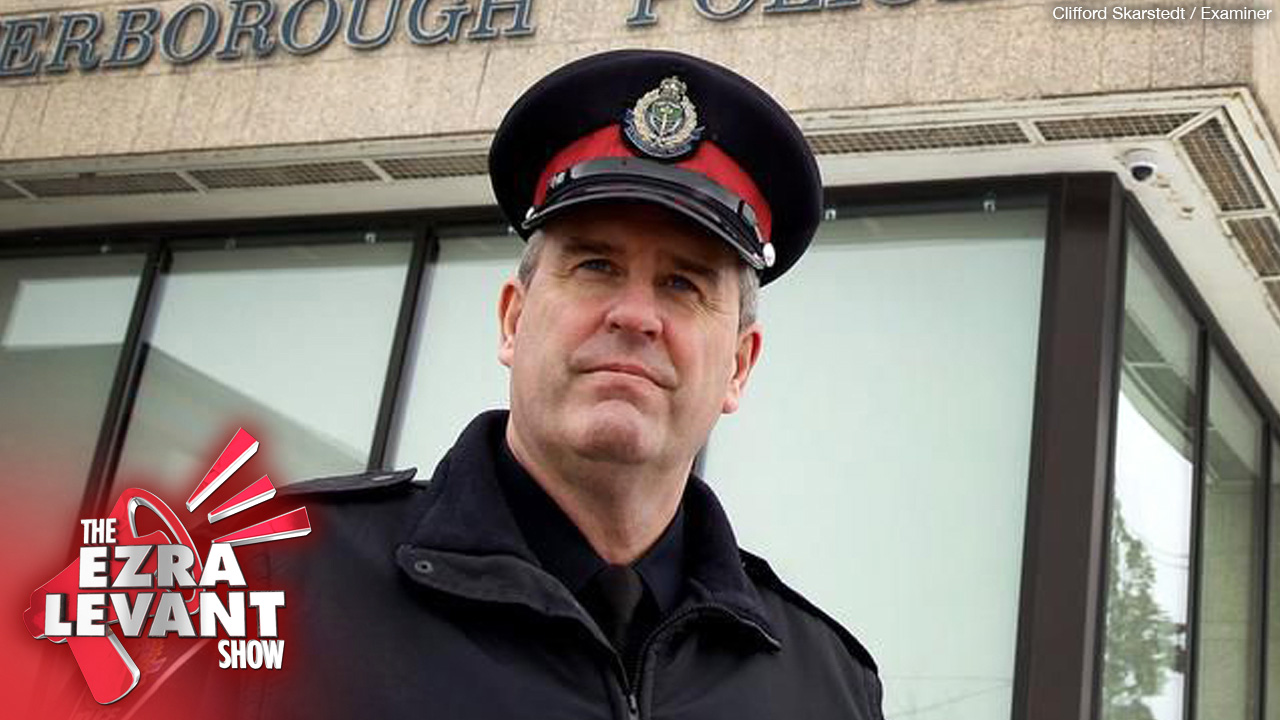 Do you know who police are? When they’re at their best? They’re selfless servants who help us, and who sometimes pay the ultimate price for it. They’re the kind of people who run towards danger, when the rest of us are running away.

When you’re in trouble, late at night, you don’t call a social worker or a pundit. They don’t even answer the phones. Who is on guard 24 hours a day, who responds in minutes? The police.

I say all this because police can be the best among us. To serve and protect is a common police force motto. “Maintiens le Droit” is the motto of the RCMP — uphold the right. It could also be interpreted as uphold the law.

Why did they arrest and jail Pastor James Coates for 35 days?

Why did this out-of-control cop scream at and swear at and threaten to taser a kid for being on an outdoor rink, that was actually an official city ice rink, officially open?

Why did police literally barge into a church in Ontario?

Why did police fine a man for sitting in his car alone, drinking coffee?

So you see my point? I am so disgusted by the gross misconduct of so many police these days, that I have to work hard to remind myself that police aren’t just Gestapo-like bullies.

I like police who do police work. I have no time for police who engage in thuggery, especially at the behest of politicians.

Just close your eyes and think of a time when police were the good guys. Hang on to that.

I should probably start an award for Best Cop of the Year. Because I need to hear more stories like that. I need some good news about police.

Because I have to tell you, I have found the worst cop in Canada.

I hereby nominate Staff Sergeant Dan Maclean as the worst cop in Canada. And if you think I’m wrong, I challenge you to tell me a worse one.

I just mean the worst.

So David Menzies was covering a news event in Peterborough, where various people including MPP Randy Hillier were protesting the lockdowns, and by the way, covering the news is considered an essential service. And a lot of other media were there too. It was big news.

And that was months ago.

But then David gets this delivered to his home: a summons, to court, for that event in Peterborough. David is being charged with violating Section 10(1) of the Re-opening Ontario Act — what a laugh that misleading law is called.

It’s a summons. And obviously we’ve provided a lawyer for David. And we asked for what’s called disclosure — it’s the police case against David. It’s their notes. In Canadian law, the cops have to give you a copy, in advance, of everything they have — and not just what they want to give you, but everything.

And we got the disclosure from the cops.

It’s amazing. It’s disgraceful. It’s embarrassing — to the police, I mean. And it’s why I am nominating Staff Sergeant Dan Maclean of the Peterborough police as the worst cop in Canada.

What stands out is: it’s all political. So they’re juicing it up a bit.

On tonight's show, we'll go through the summons condemning David Menzies for having a laugh with Hillier, and shaking the hand of Maxime Bernier at the rally.

You can read the documents for yourself below.