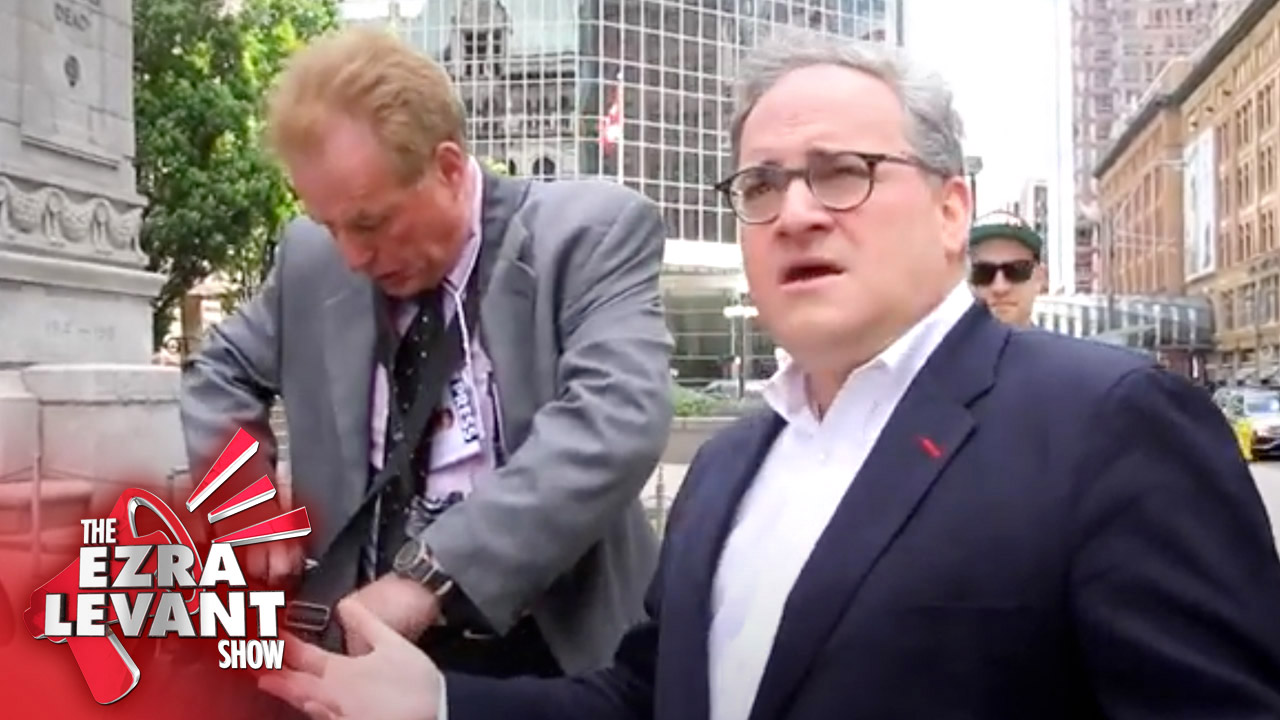 But each time we tried to bring you the story, the Antifa “occupiers” would harass us.

Other media would be fine with that — the CBC only has loving things to say about Antifa. They’d never report the other side of the story. And Antifa would never attack CBC reporters.

We knew Toronto police and City Hall security guards wouldn't help us, so when we went back on Wednesday, we hired SEVEN professional security guards, and brought our lawyer along for good measure.

And an unshakeable belief that we will not be driven out of the public square just because some leftist thugs don’t like us — or some politically correct police, either.

We’re glad we did, because once again, the camp settlers started to harass us the moment we arrived.

It wasn’t long until the mob became physically aggressive and punched our cameraman.

And one of our bodyguards took a kick to the face while protecting our very own David Menzies.

We filmed the whole thing including our entire interaction with the Toronto Police (when they finally arrived).

TONIGHT's show is about what happened on Wednesday.

It may be one of the best things we've ever produced.

I’ve had enough of our reporters getting pushed around by these punks. That’s why we hired so much security, and that’s why all of us came down to back David up.

You know we won’t stop until these criminals pay for their actions.

If you agree with what we did, please help us recoup the cost of taking back City Hall from the mob — that much security cost us more than $4,000 for the day.

If you give us the tools, we’ll do the job the mainstream media won’t.