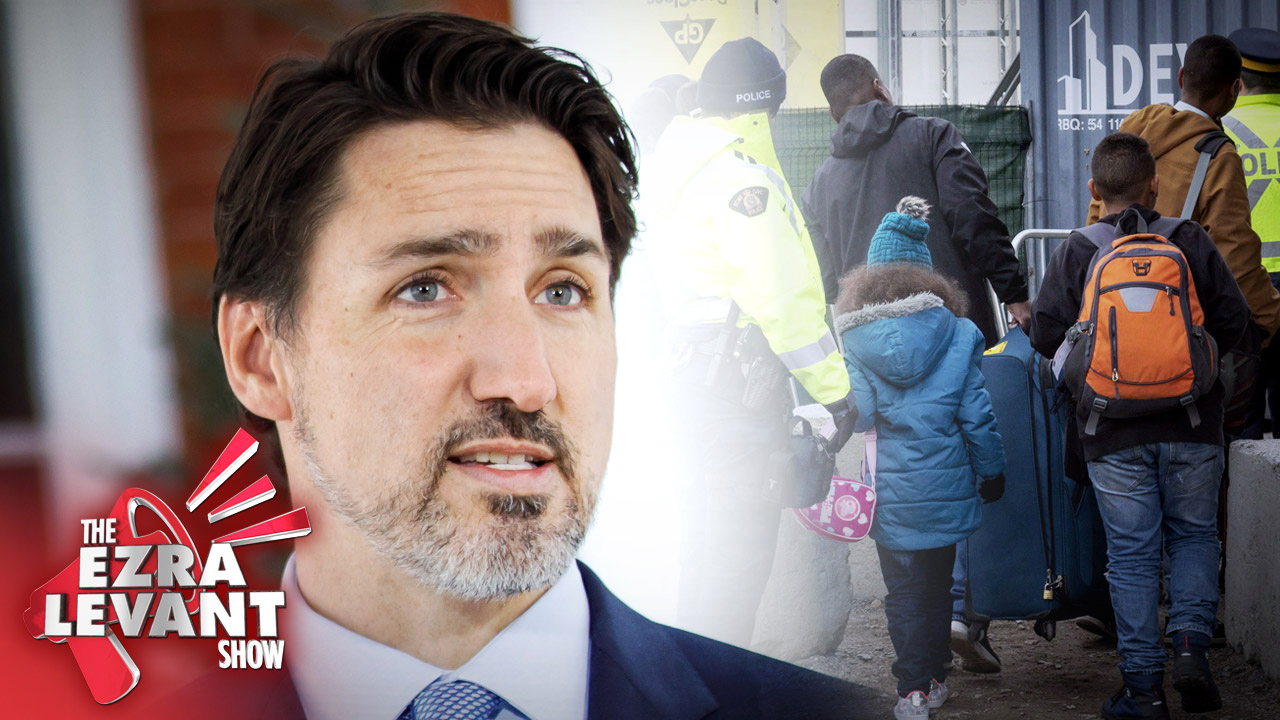 Justin Trudeau’s open-borders, globalist ideology is what he believes in more than anything, other than his passion for marijuana.

There's a photo of Trudeau sitting at the feet of George Soros, and the entire Roxham Road fiasco, taking 50,000 bogus refugees, is pure Soros.

He will let everyone, anyone into our country. Terrorists. Even returning ISIS rapists, coming back from the Islamic State.

He’ll even keep people who just walk across Roxham Road with criminal records, including child predators.

I have never heard of anyone turned away by Trudeau, have you?

"Deputy Prime Minister Chrystia Freeland, asked about dozens of asylum claims made by Hong Kong protesters in Canada, praised the rich contribution immigrants from this former British colony have made to this country but declined to indicate whether Ottawa would grant the applicants refuge.”

I suppose that’s technically fair enough — it would be inappropriate for a political to pre-judge the outcome of a refugee application, that is a bureaucratic or even a quasi-judicial decision.

The 46 would-be refugees from Hong Kong applied for asylum claims between Jan 1, 2019, and March 31, 2020. The claims, which are all pending, were received at airports, Canada Border Security Agency bureaus and Immigration, Refugee and Citizenship Canada offices (IRCC) across the country. Many of those claiming asylum in Canada face charges in Hong Kong in connection with the protests.

Well that’s the thing, isn’t it? Trudeau loves open borders. But yikes — democracy activists from Hong Kong? As in people who love freedom so much they’re willing to stand up to the Chinese Communist Party? Those are the people that Trudeau hates.

They’re the people that his CBC state broadcaster smears, even calls racist, as they did in this weird repeated attack on the Epoch Times, a newspaper run by ethnically Chinese people who criticize the Chinese dictatorship.

It’s a tough one for Trudeau — two of his favourite things are in conflict.

Hey, how do you think Trudeau is going to come down on this one? Stand up for Hong Kong civil rights in general, and the lives of these 46 people in particular? Or obey China, submit to China, do what China wants him to do?

Yeah, me too. What a shame.

NEXT: Sheila Gunn Reid did a video today as part of our FightTheFines.com campaign that really shocked me: A single mom was manhandled and fined by police for the "crime" of taking her daughter to a completely empty playground. Tonight Sheila and I talk about this case of police overreach.