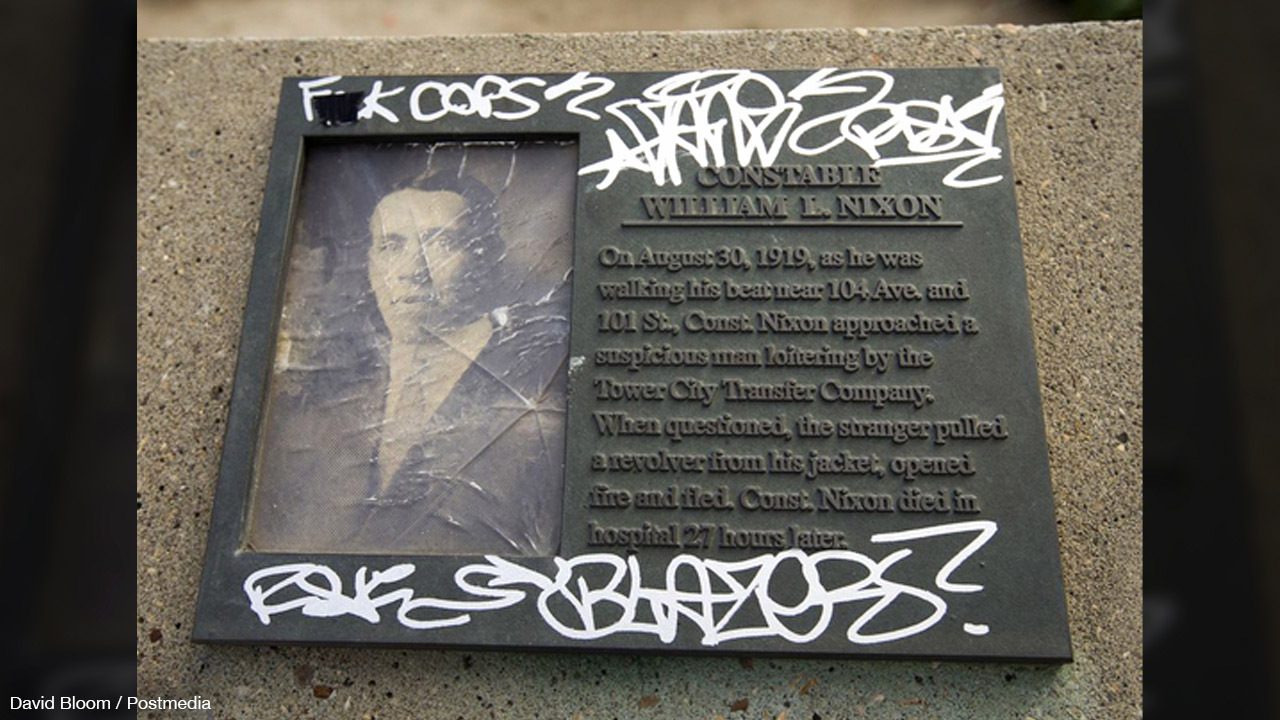 As reported by the Edmonton Journal,

Faraone, a 10-year member, was serving on that unit when he took off after two armed men who robbed a bank on 107 Avenue and 124 Street that afternoon.

Faraone was by himself, tailing the “two bad guys” who were in a red Datsun car.

...The shooter ran off to a nearby apartment block, through construction workers, and ditched his gun under a backyard barbecue.

[Sergeant Vern Colley] found Faraone, shot in the head and abdomen, after he pulled up to the apartment block.

The failed robber who shot Faraone was later identified as Jerry Crews. Crews died in 2016 after serving a twenty year sentence for the crime.

Albert Foulston was also convicted for his role in the shooting death of Faraone, and also received a twenty year sentence for manslaughter.