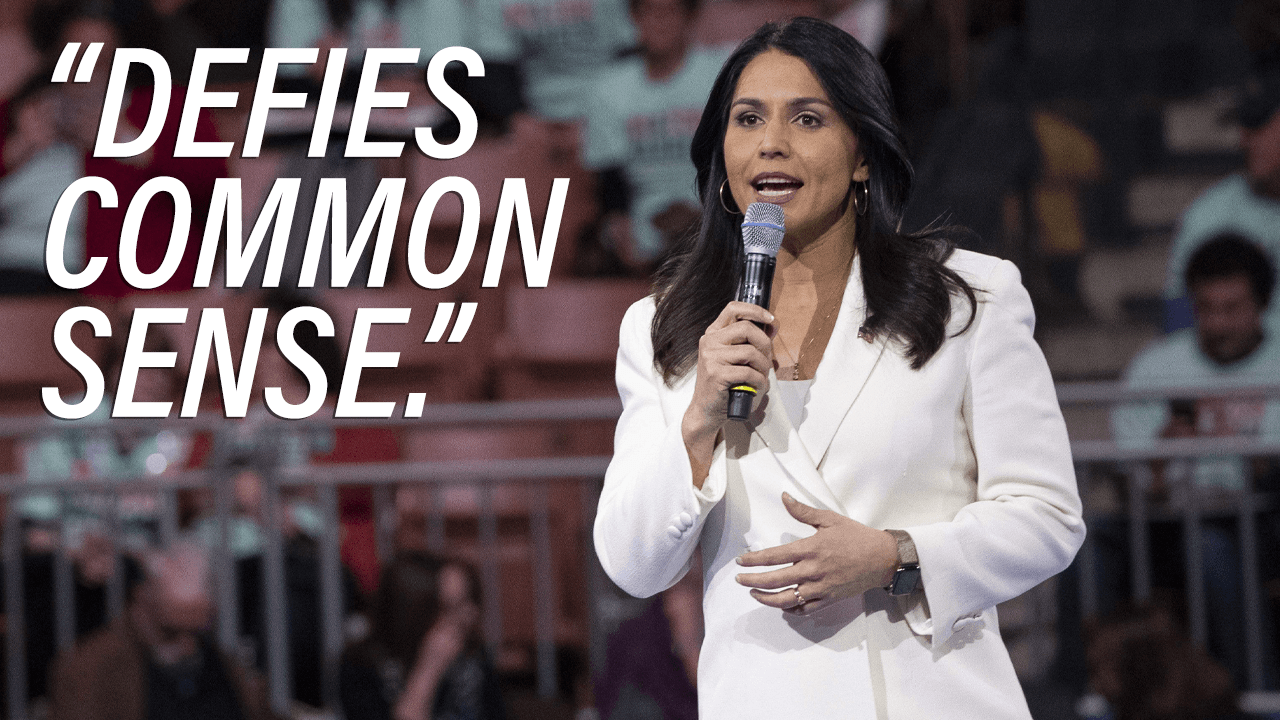 Former Rep. Tulsi Gabbard has voiced opposition to the removal of gendered language from the House of Representatives following the Democrats’ move to alter what is considered acceptable speech in Congress.

Referring to the move as the “height of hypocrisy,” Gabbard told Fox News host Tucker Carlson that the move does the very opposite of empowering women. Gabbard’s remarks follow her introduction of legislation that calls for a ban on biological men from competing in women’s sports.

On Monday, the newly elected House Speaker Nancy Pelosi and Rules Committee Chairman James P. McGovern introduced new code of conduct regulations ahead of the 117th Congress to promote diversity and inclusivity in the form of changes to gendered language.

“It absolutely does the very opposite of that and it’s the height of hypocrisy for people who claim to be the champions of rights for women to deny the very biological existence of women and this recent rule change that the House just actually voted and passed on today that you were talking about removing references to, you know, mothers and fathers, brothers and sisters, sons and daughters, from congressional rules and administration, it’s mind-blowing because it shows just how out of touch with reality and the struggles of everyday Americans people in Congress are,” said Gabbard.

“But also, it shows that you know their first act as this new Congress could have been to make sure that elderly Americans are able to get the COVID vaccine now alongside frontline healthcare workers, elderly Americans who have the highest mortality rates from this virus, but instead of doing something that could actually help save people’s lives, they’re choosing instead to say well you can’t say mother or father in any of this congressional language,” she added. “It’s astounding.”

"Democrats have crafted a package of unprecedented, bold reforms, which will make the House more accountable, transparent, and effective in our work to meet the needs of the American people.  These future-focused proposals reflect our priorities as a Caucus and as a Country – including crushing the coronavirus, addressing economic disparity, combating the climate crisis, advancing inclusion, and promoting integrity in government,” said Pelosi in a statement.

Congress has established an Office of Diversity and Inclusion and intends to “honor all gender identities by changing pronouns and familial relationships in the House rules to be gender-neutral.” Congress previously used a binary rule that “words importing one gender include the other as well.”

Republicans opposed the move, including House Minority Leader Rep. Kevin McCarthy, who said, “This is stupid. Signed, a father, son, and brother.”