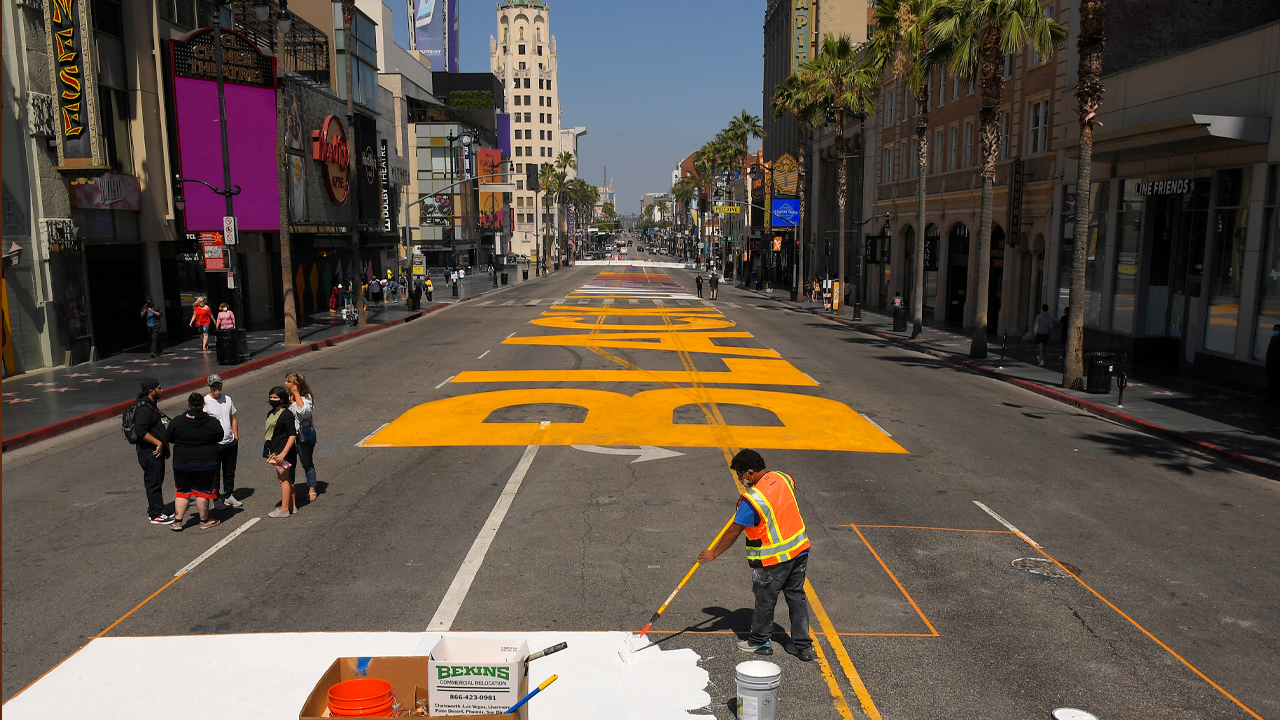 Hollywood Boulevard, the popular Los Angeles tourist attraction, has been hit hard by the coronavirus pandemic, with 75 per cent of businesses boarded up.

“This is Hollywood Boulevard today, nine months into the pandemic-induced shutdown that has stripped the tourist destination of its usual 10 million annual visitors who clamor to take photos with costumed street performers and pose with their favorite celebrity’s star,” stated the Hollywood Reporter (THR).

“Much of Hollywood Boulevard is shuttered, with such crowd favorites as the Dolby, El Capitan, Chinese Theatre, Ripley’s Believe It or Not and Hard Rock Cafe closed since March. Madame Tussauds opened for two days in June, says GM Ed Bell, before it was reshut by county rules,” the report continued.

Street performers have been put out of business due to a lack of tourists following tightening coronavirus restrictions.

“The pandemic has canceled what I do for a living,” street performer Mark Roman told THR. “I don’t know how I’m going to financially survive, but I’m trying to figure it out.”

The boulevard’s world-famous “Hollywood Walk of Fame” has also been silent. Only one star has been dedicated in August, to actor Anthony Anderson. The dedication was carried out via a Zoom call.

THR added, “The cancellation of the ceremonies, plus the red carpet premieres that would take over Hollywood & Highland at least once a week and the transition of Jimmy Kimmel Live!, which films at the El Capitan, to no audience, means even those who came just for the chance of spotting a famous face have little reason to visit.”

Despite businesses and restaurants closing down due to COVID-19, the Hollywood industry seems to have endured the pandemic, adopting strict standards of conduct on film sets. According to executives at Netflix, this practice is set to carry on for the next two years.

Speaking with the outlet, Momita Sengupta, Netflix’s VP Production Manager for Original Series, and Kwame Parker, Director of Production Management, spoke of the company’s “Let’s Keep Rolling” campaign, educating employees about the importance of social distancing so that people can continue working.

“It’s been a challenge from day one. There is nothing about our industry and making shows that is about being six feet apart,” Sengupta said of the measures. “We are a touchy-feely, close-contact industry. We have fantastic protocols but for an industry that is so used to coming close to each other and working out an issue — a director talking to an actor about what she or he needs from that scene — to have to do that with your mask, to be six feet apart, to have all these monitors saying, ‘Hey, watch your distance,’ it’s really, really hard.”