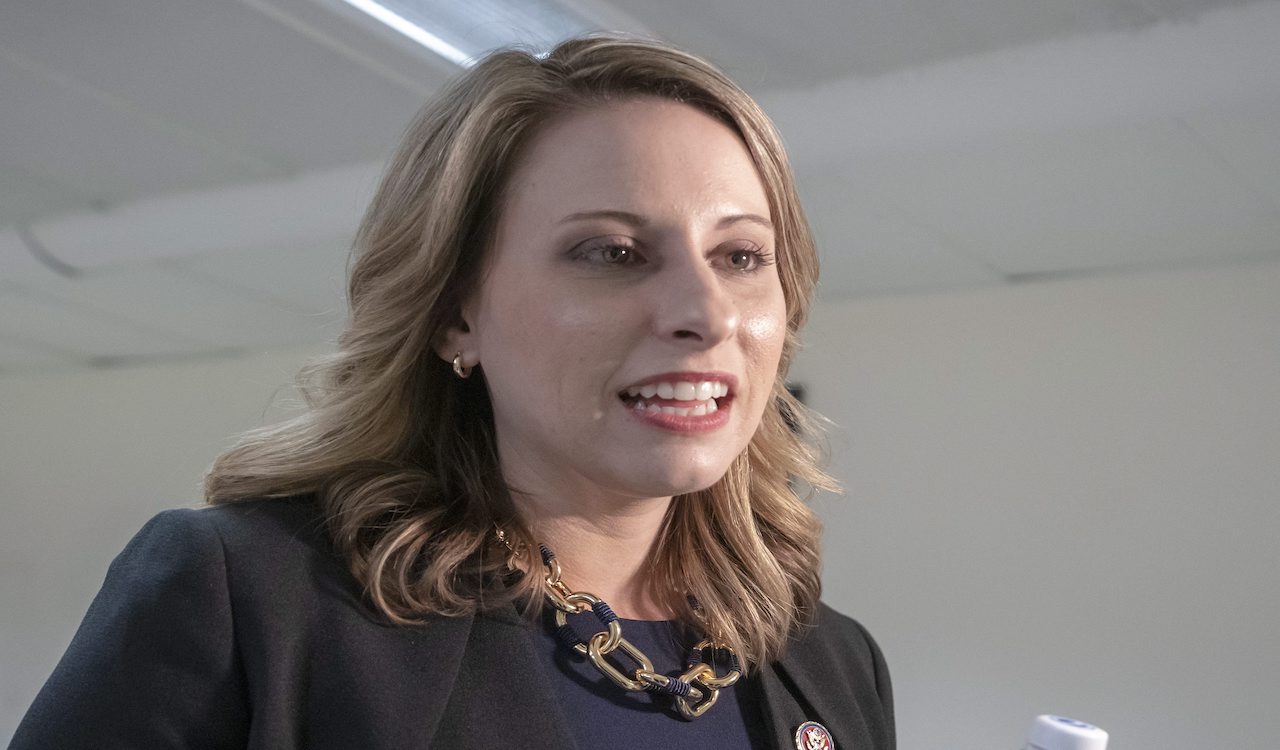 Hill, a former U.S representative, was forced out of office following allegations that implicated her in a polyamorous “throuple”, or three-way relationship, that involved junior members of her staff.

Sordid details of her controversial affair surfaced, along with nude photographs that showed the politician with staff.

Hill went on to claim that she was a victim of abuse by her husband, and is now set to be played on-screen by The Handmaid’s Tale actress Elizabeth Moss in the film adaptation of her memoir She Will Rise: Becoming a Warrior in the Battle for True Equality.

“While her brash confidence won her powerful allies and infuriated her enemies, it was privately concealing a cycle of domestic abuse she was trapped in at home, infamously culminating in the release of intimate photos and the revelation of her own admitted personal mistakes that would eventually result in her stunning fall from grace,” the logline reads.

Following news of the upcoming movie, someone claiming to be a former Hill staffer with access to her formerly dormant Twitter account posted a series of tweets about the politician, calling out Bloomhouse pictures and Elizabeth Moss for lionising the politician.

The poster alleged that Hill abused her staffers and called on readers to not dismiss her problematic behaviour despite her own history of surviving abuse.

Workplace abuse and harassment can take many different forms, but one thing is certain: it is never okay, even if your boss is a woman and/or a survivor.

The tweets have not since been deleted and no further tweets have been published, suggesting Hill does not currently have access to her congressional Twitter account.