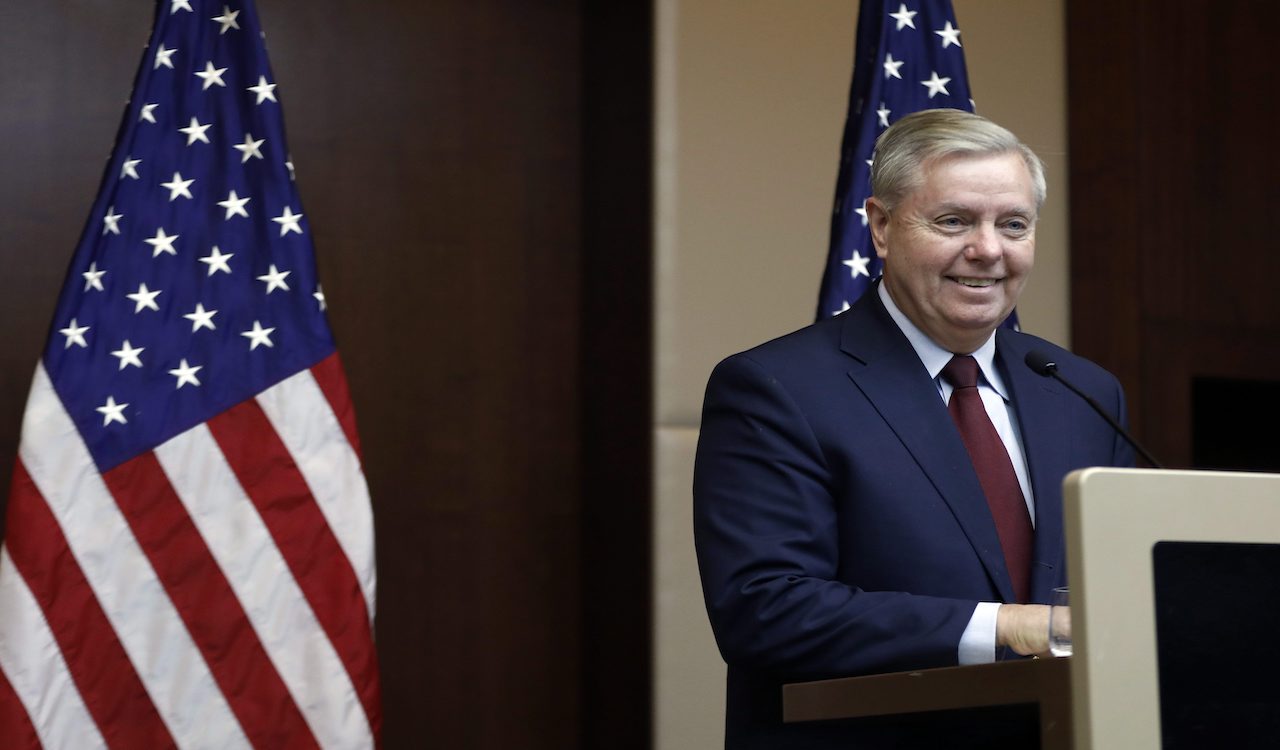 Senate Judiciary Committee Chairman Lindsey Graham is demanding action from the Department of Justice and the Postmaster General to look into an alleged scheme to collect late mail-in ballots in Pennsylvania after a mail carrier came forward to blow the whistle on his boss, Postmaster Rob Weisenbach.

Richard Hopkins, a Pennsylvania-based mail carrier in Erie, provided a signed affidavit to Graham, stating that he was instructed to collect late ballots, with the apparent intent to backdate the votes, by Postmaster Rob Weisenbach. Hopkins made his claims under penalty of perjury.

“Although, as I understand Pennsylvania law, ballots must be postmarked by 8:00 p.m. on Election Day, November 3, 2020 in Pennsylvania, Postmaster Rob Weisenbach directed my co-workers and I to pick up ballots after Election Day and provide them to him,” the affidavit states, adding, “I heard Weisenbach tell a supervisor at my office that Weisenbach was back-dating the postmarks on the ballots to make it appear as though the ballots had been collected on November 3, 2020 despite them in fact being collected on November 4 and possibly later.”

“I will be calling on the Department of Justice to investigate these claims,” he stated. “I’ll also be in contact with the Postmaster General, requesting he to look into these allegations, ones that may follow, and help secure the testimony of Mr. Hopkins. Mr. Hopkins is entitled to all whistleblower protections, and I will ensure they extend to other postal workers who may come forward with claims of irregulates [sic], misconduct, fraud, etc.”

“The expanded use of mail-in voting is making the post office the administrator of elections, not the local election officials. This change in mission requires there to be further scrutiny to ensure the system is beyond reproach,” continued Graham. “Every American should want our election processes to work accurately, and given the recency of such a large volume of mail-in voting, that will require oversight.”

Election rules in Pennsylvania allow for ballots to be counted up to three days after Election Day, but they must be postmarked November 3 to be legal.

A spokesperson for the US Postal Service told the Epoch Times, which reported the story, that ““it was aware of Hopkins’ claim and has referred the matter to the U.S. Postal Inspection Service and the Office of Inspector General.”