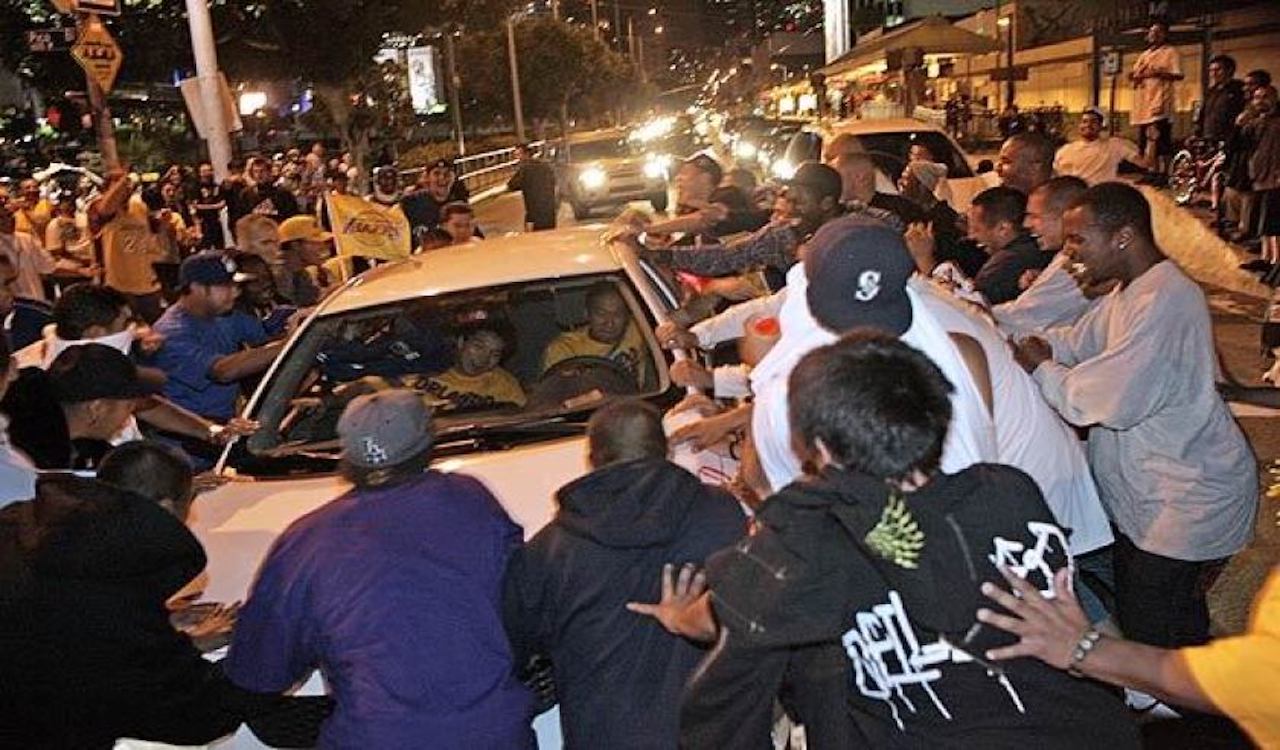 Los Angeles was overrun by violence and looting after fans of the Los Angeles Dodgers took to the streets to celebrate their team’s first win of the World Series since 1988 in violation of the city’s social distancing restrictions. The riots occurred amidst anti-police protests in other parts of the United States.

The LAPD urged fans to stay at home and warned them not to celebrate on the street.

“I know you want to celebrate like everybody else, but let’s do it properly, let’s do it the way the Dodgers did, with pride in themselves and pride in our great city,” said retired Dodger broadcaster Vin Scully in a public service announcement on the LAPD Twitter account. “Let’s show the rest of the country that we know how to celebrate the proper way.”

“Dear LA: Please do not revel in groups. Stay isolated, alone, at home. If you’re not sure what we mean, ask a Clippers fan. Please celebrate the way Clippers fans have learned to celebrate over the years. Thank you and again Congratulations,” said deputy mayor Jeff Gorell.

Calls for calm went unheeded as fans flooded the streets, some of whom turned violent.

It popped off downtown so I’m not going anywhere. fireworks and a crowd assembling at 11th and flower pic.twitter.com/CmN3JrIUs0

Some fans did donuts in the street in downtown Los Angeles, as captured by Sky 9 News.

More from #EastLA. This guy doing donuts ran over a firework and it lit his car on fire. @RoadSageLA overhead all the @Dodgers fan reactions in #Sky9. #DodgersWin pic.twitter.com/tVMuEseUHF

In one instance, fans stopped an 18-wheeler semi-truck and looted its cab.

I don’t know if this went through but people jumped on a big rig and then looted it. pic.twitter.com/7wylUA4IAh

Jersey Mikes looted in Los Angeles tonight. Everything is an excuse to loot and be destructive. pic.twitter.com/6vQ7cSshxj

To limit the violence, the Los Angeles Police Department responded to the looting of a CVS with containment tactics and quelled rioters with less-lethal munitions.

“We’re seeing some large, at times unruly crowds, taking over intersections in various parts of the city. We urge all Angelenos to stay home if possible. If you must be out, please exercise caution. Should you encounter a large crowd, do not attempt to drive through it,” an official statement read.

LAPD is moving in with mounted police and riot line, ready to kettle in. pic.twitter.com/oTJLEE1wri

LAPD has shot less than lethals and they are using their horses to move people along. pic.twitter.com/wREsB1mDpv