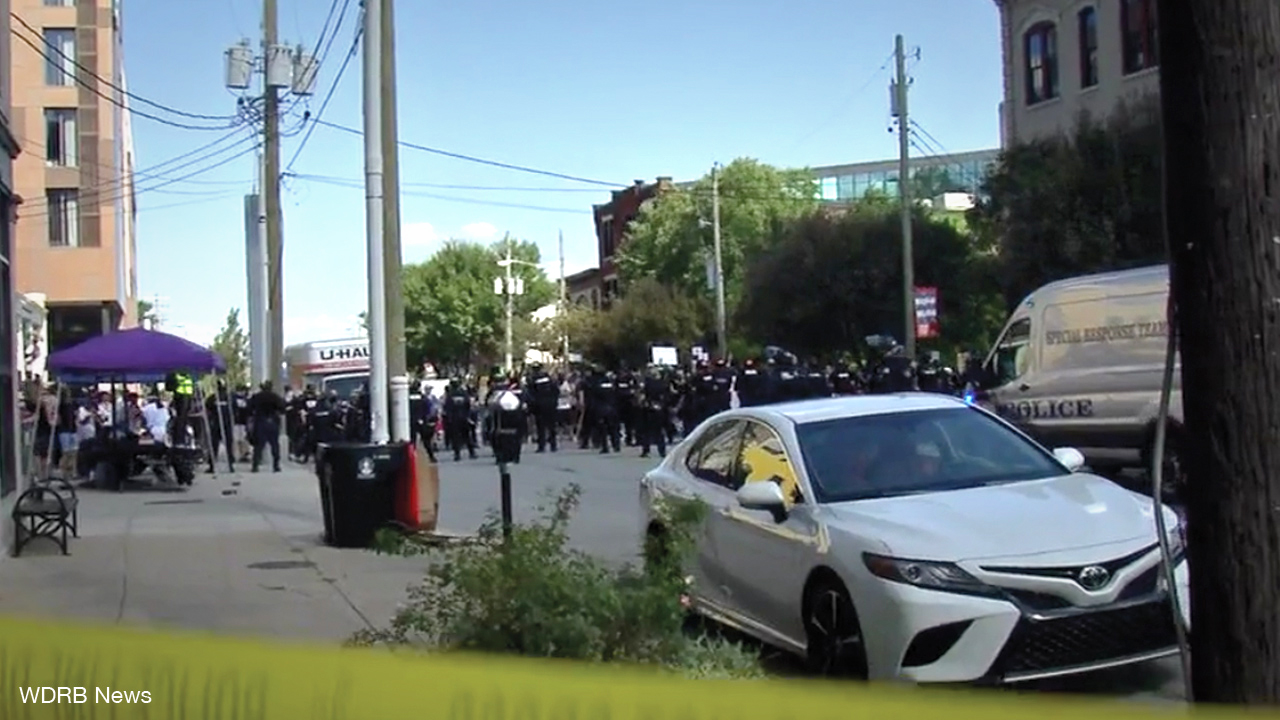 Kentucky businesses have been threatened with negative reviews online should they refuse to comply with the demands of activists who are calling for race-based reparations in the form of a three-page contract. Residents describe the demands as “criminal extortion.”

WAVE 3 News reports that the activists sent out the contract to NuLu (New Louisville) businesses in the East Market District of the city, following a protest on Friday in which 76 protesters were arrested and charged for obstructing a highway. Some protesters were reportedly charged with assault for throwing projectiles at police officers.

According to WDRB News, the list of demands issued a deadline of August 17, at which time activists would then post negative reviews on Yelp and other online platforms to non-compliant businesses in the area.

“The residents of Louisville, Kentucky are standing strong, educated, and together to express the destruction your business has caused to low-income communities, specifically those with majority black residents,” reads the letter. “We therefore demand representation and reparations in the NuLu business district of Louisville for the gentrification that has taken place. The policies and processes of the revitalization on NuLu has displaced marginalized people from homes their families have often resided for generations, single-handedly progressing the gentrification of black neighborhoods.”

In addition, the letter claims that the “process” affects “black, indigenous, and persons of color at the hands of white, heterosexual patriarchy” since the founding of the United States of America.

“Black folx can’t ‘have this own space’ when wealthy white folks see an opportunity to make more money,” it adds. “Gentrification is a palatable term that sugar coats one more aspect of an oppressive system targeted at black folx for 400 years. We are here today to demand representation over tokenism.”

The letter emphasizes the term “folx” over “folks” when referring to black people and other non-white persons.

The preface is followed by a list of demands, including:

No businesses in the area have publicly agreed to comply with the list of demands as of yet, but local residents speaking to the Daily Wire expressed upset that the story received too little attention in local media, but refused to come forward publicly out of fear of “mob retaliation” from the activists.