Michigan election protesters gather outside of Secretary of State's home 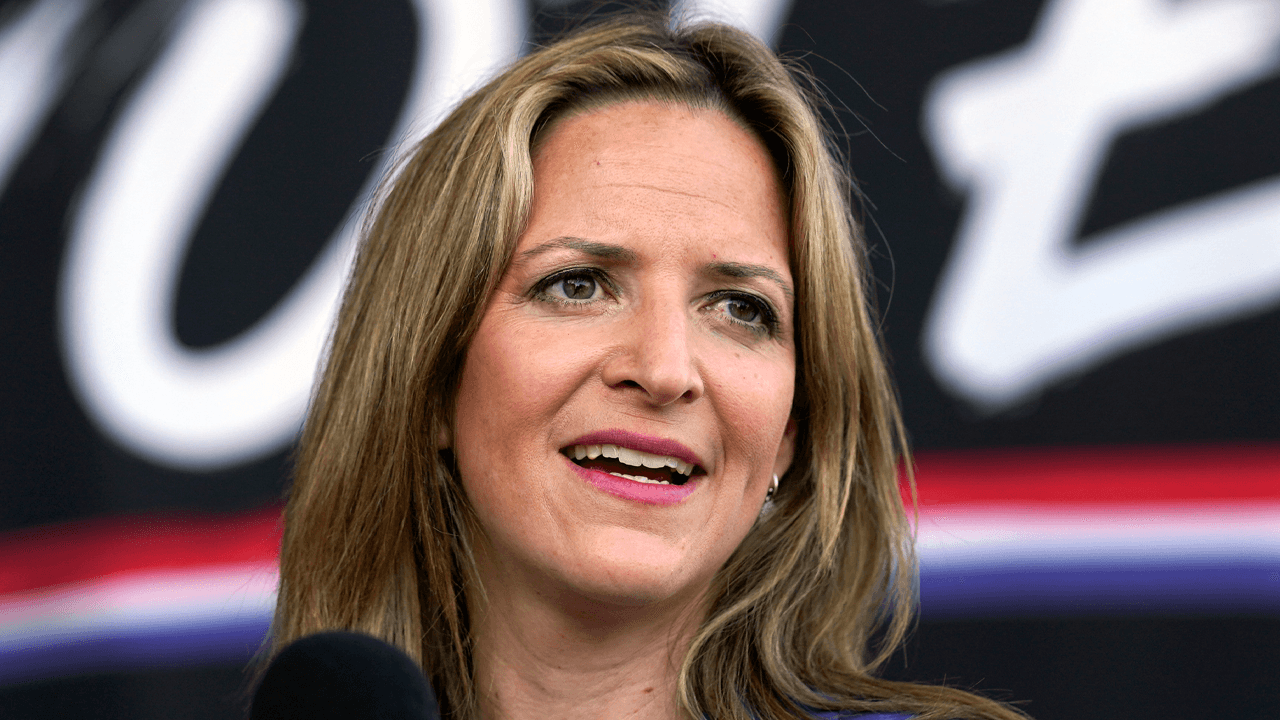 A crowd of civilians practicing their Second Amendment right to bear arms protested outside the home of Michigan Secretary of State Jocelyn Benson over the weekend.

The protesters converged upon Benson’s neighbourhood on Saturday night shouting through megaphones against the certification of the 2020 US presidential election and demanded an forensic audit of the ballots.

The Detroit Free Press reports that a portion of the demonstration was broadcast on Facebook Live. In the livestream, the two dozen or so protesters can be seen walking up to the secretary of state's Detroit home, some of whom were wearing pro-Trump paraphernalia and carrying American flags and signs that read “stop the steal.”

“We are over here in the fricking dead of night, man,” Genevieve Peters, a protester who uploaded the footage, stated. “We are letting her know that we're not taking this bull—t election, we are not standing down, we are not giving up you are not going to take this election from a man that has earned it completely 100 per cent by a freaking landslide. Let me tell you: This ain't over.”

The group chanted the words: “stop the steal” and “we want an audit.”

Benson claimed that the group appeared shortly after she and her four-year old son finished decorating the home for Christmas.

In a statement to the press Benson said, “I have always been an energetic advocate for the right and importance of peaceful protest as enshrined in the United States Constitution, however, there is a line crossed when gatherings are done with the primary purpose of intimidation of public officials who are carrying out the oath of office they solemnly took as elected officials.”

Benson stated that the protests were an extension of efforts to contest the election.

“Through blatantly false press releases, purely political legislative hearings, bogus legal claims and so called 'affidavits' that fail to allege any clear or cogent evidence of wrongdoing, those unhappy with the results of this election have perpetuated an unprecedented, dangerous, egregious campaign to erode the public’s confidence in the results of one of the most secure, accessible and transparent elections in our state’s history,” she continued.

She concluded: “The demands made outside my home were unambiguous, loud and threatening. They targeted me in my role as Michigan’s chief election officer. But the threats of those gathered weren’t actually aimed at me — or any other elected officials in this state. They were aimed at the voters.”

Peters, the protest organizer, vowed to continue the protests. “We want her to know that we will continue to be here because we are sick and tired of them ignoring everything that has to happen, which means we need a forensic audit,” Peters said. “This is called exercising my constitutional right.”

As seen in the livestream, a neighbour approaches Peters’ complaining about the noise and pointed out that Benson has a young child inside, to which Peters responded, “we will not accept a fraudulent election, just so you know.”

An unidentified protester in the video stated, “Don't worry, we don't burn down cities like Antifa does.”

Spread the Word!
US Election 2020 Michigan