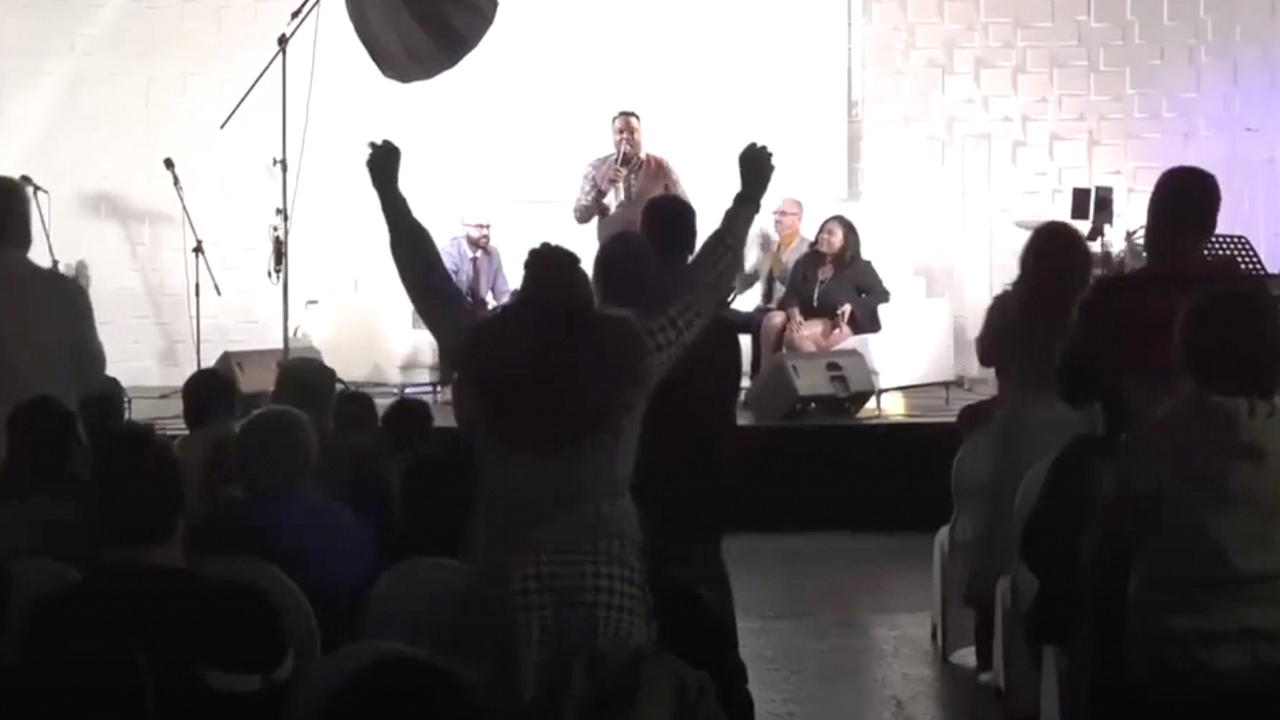 Montreal police say that they are unable to hand out fines at Pastor Carlos Norbal's church, due to a section of the federal Criminal Code which prevents them from breaking up religious services.

Congregants refusing to wear masks or social distance at the Église Nouvelle Création in the Saint-Michel neighbourhood have been written up by local police, who say they would need an emergency degree from the Quebec government in order to interfere.

In March, during the first wave of lockdowns, an Instagram post from the Église Nouvelle Création announced that the church would suspend in-person gatherings until further notice due to the pandemic.

As the lockdowns dragged on, the church used social media to announce the resumption of in-person services while also encouraging congregants to wear a mask and observe hand-washing and social distancing rules.

Montreal's LaPresse reported, in translation, that:

Most of the participants refuse to wear the mask and observe a distance of two meters, violating the sanitary measures that prohibit religious gatherings of more than 25 people.

Placed prominently on the front door of the place of worship, a poster reproducing in full the wording of article 176 of the Criminal Code invites the police not to intervene. Pastor Norbal has also promised in a letter posted on Facebook that he would prosecute "each person individually" who would try to interfere with his sermons.

Article 176 of the Criminal Code reads:

(2) Every one who wilfully disturbs or interrupts an assemblage of persons met for religious worship or for a moral, social or benevolent purpose is guilty of an offence punishable on summary conviction.

According to CTV News, worshippers appear to have been locked out from services this weekend, due to the church operating without a permit.