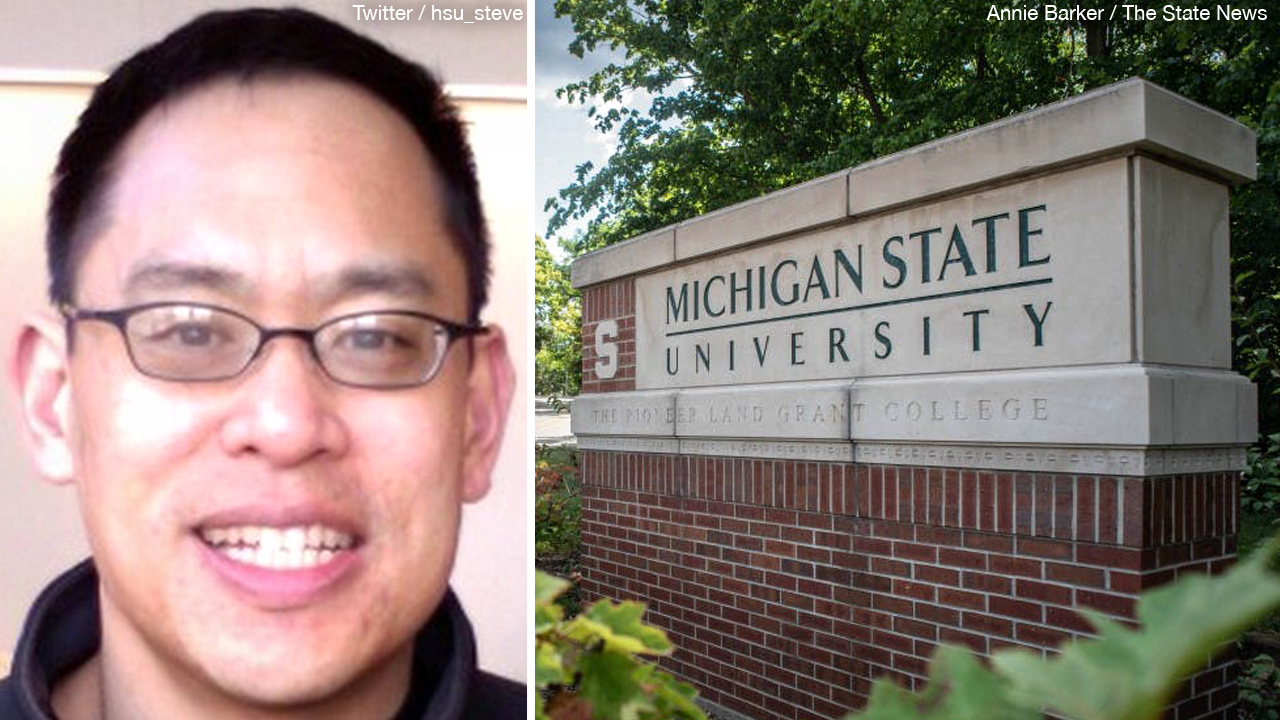 Cancel culture spares no one, and academics who speak out against the narrative are the first on the chopping block. University administrator and physicist Stephen Hsu was forced to resign from his administrative position at Michigan State University for promoting a study that found no racial bias in police shootings.

Hsu, formerly the vice president of Research and Innovation at MSU, revealed in a blog post on Saturday that he was accused of racism by the college’s Graduate Employees Union for interviewing MSU Psychology professor Joe Cesario, whose work absolved police of the charge of systemic racism.

“The [Graduate Employees Union] alleged that I am a racist because I interviewed MSU Psychology professor Joe Cesario, who studies police shootings,” he wrote. “But Cesario’s work…is essential to understanding deadly force and how to improve policing.”

The study, per The College Fix, found that “the race of the officer doesn’t matter when it comes to predicting whether black or white citizens are shot.”

Cesario’s work ran contrary to the left-wing narrative that police are under the influence of racial bias when conducting themselves in the line of duty.

The study entered the limelight after the Wall Street Journal published an article by Heather MacDonald titled “The Myth of Systemic Police Racism,” which included the claim:

“The false narrative of systemic police bias resulted in targeted killings of officers during the Obama presidency. The pattern may be repeating itself. Officers are being assaulted and shot at while they try to arrest gun suspects or respond to the growing riots. Police precincts and courthouses have been destroyed with impunity, which will encourage more civilization-destroying violence.”

The MSU communications team took issue with the article and highlighted it in a June 9 newsletter, and subsequently took aim at Hsu for sharing the research, which it claims did not align with the university’s stance on the police.

“It is the union’s position that an administrator sharing such views is in opposition to MSU’s statements released supporting the protests and their root cause and aim,” GEU Vice President Acacia Ackles told The College Fix.

Soon after, Hsu came under fire on social media with charges of sexism, racism, and white supremacy—and everything else under the sun.

The attention towards the professor intensified as the student union circulated a petition titled “Fire Stephen Hsu,” which called for him to be terminated from his administrative position. It gathered nearly 800 signatures from professors, post-doc researchers, and staff at MSU.

“The concerns expressed by the Graduate Employees Union and other individuals familiar with Hsu indicates an individual that cannot uphold our University Mission or our commitment to Diversity, Equity, and Inclusion,” the open letter read. “Given this discordance with university values, Stephen Hsu should not be privileged with the power and responsibility of recruiting and funding scholars, overseeing ethical conduct, or coordinating graduate study.”

Hsu was forced to resign shortly after.

Following the cancel campaign, Hsu’s critics celebrated the success of their mission and thanked supporters for having the “courage to speak out and [taking] the time to engage with this important work.”

“I believe this is what is best for our university to continue our progress forward,” said MSU President Samuel Stanley, who praised the campaign.