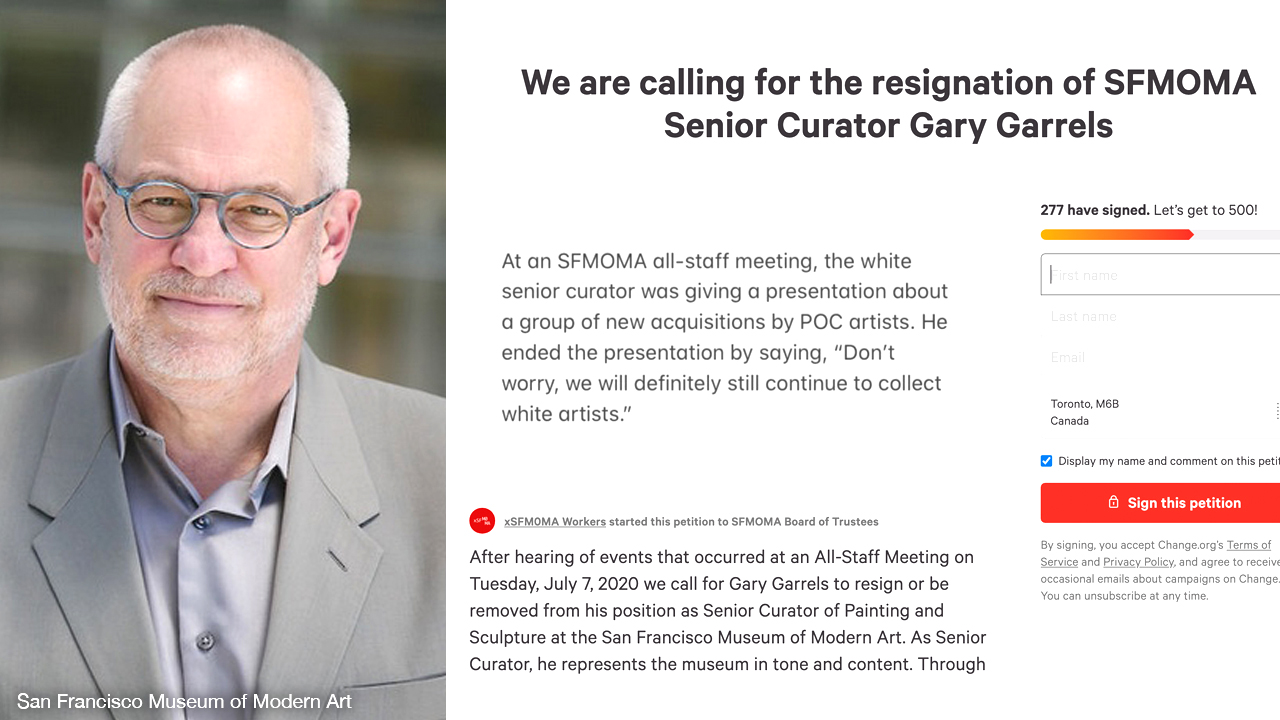 The curator of the San Francisco Museum of Modern Art (SFMOMA) was forced out of his job after he was accused of racism for stating that he would still curate art produced by white men.

Gary Garrels, the senior curator of painting and sculpture at SFMOMA, was forced to resign from his position after museum employees circulated a petition demanding that he be fired. The demand, according to the petition, was “non-negotiable.”

“After hearing of events that occurred at an All-Staff Meeting on Tuesday, July 7, 2020 we call for Gary Garrels to resign or be removed from his position as Senior Curator of Painting and Sculpture at the San Francisco Museum of Modern Art,” it read. “As Senior Curator, he represents the museum in tone and content.”

“Through actions and words, Gary has been obtuse (at best) to the point of offense or deliberately racist (at worst) in his retorts to criticism,” said the group calling itself the xSFMOMA Workers.

“‘When pressed on the museum’s collecting policies he has repeatedly said some variation of ‘don’t worry, we will continue to collect white male artists.’ Amongst SFMOMA staff as well as in public view, Gary has used and continued to use white supremacist and racist language such as ‘reverse racism.’ This has been documented.”

According to the group, which describes terms like “reverse racism” as “vitriolic,” such language is “damaging and counter-productive to bringing the attention and compassion needed in SFMOMA and the Bay Area’s most vulnerable communities.”

Artnet reports that Garrels spoke out against what he called “reverse discrimination” when told the museum needed to decline white artists from contributing. That is the entirety of his wrongdoing, with no further evidence presented to his supposedly racist beliefs.

Following the petition, Garrels resigned and apologized for his stance.