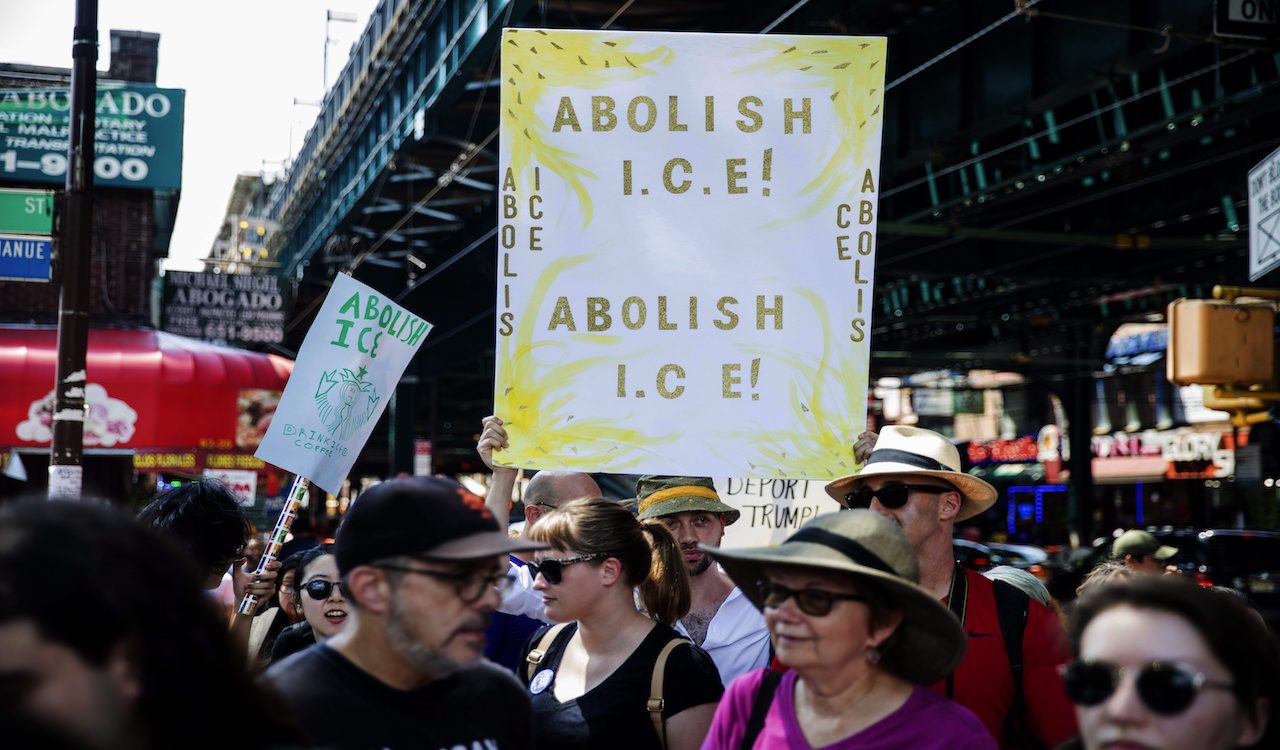 An advocacy group called Make the Road NY is looking to raise $5.5 billion from 120 New York billionaires, expecting them to support 1.2 million migrants to the sum of $750 per week per person, as well as their dependents.

On one corner, Cristina Sanchez stood forlornly at a produce stand. She had not sold a single thing. During the pandemic she had lost her job, and then her rented room, triggering a frantic hustle to survive: First, she sold produce, then tacos, then produce again …

“This has affected my children [in Mexico] a lot,” Cristina said, as she started to cry. “I try to tell them that because there’s no steady work, whatever I make is only enough for me to survive for the day.”

In a video published by the New York Times, one illegal immigrant who goes by “Gerardo,” arrived in the US in 2006,

He decided to sell tacos de alambre — made with steak, chiles, bacon, and cheese — on the street. The owner of a local deli let him use an enclosed sidewalk stand at night, free of charge. During the day it sells smoothies.

Gerardo’s sales have not been brisk. His tacos cost two for $5. He needs to sell at least 130 each day, a target he often misses by half.

The group is also advocating for the state legislature to approve of more street vendor licenses, which would ultimately drive down the income for native-born and legal immigrant vendors currently living in the city.

92% of respondents reported that either they or another earner in their household has lost their job or income as a result of the crisis.

84% of respondents are now themselves unemployed, with 88% of them reporting job loss due to COVID-19.

Only 5% of respondents received unemployment benefits in the last month.

90% of household cleaners had lost their jobs. Those that were working had fewer clients than usual and had lost income.

A survey conducted by the group shows that 28 percent of renters in New York pay over 50 percent of their income on housing in migrant neighborhoods.

Make The Road claims 1.2 million people “who haven’t received any aid,” while The New York Times states that the city has roughly half a million illegals.

New York City leaders have decided to build their real-estate and service economies on the backs of cheap imported labor, denying income to many American citizens who want to live in the city, Breitbart reports.

Now with the coronavirus pandemic, the city’s economy is under pressure by pushing out migrants, forcing employers to raise wages in order to attract Americans to apply for work in New York City.

The illegal immigrant issue is mirrored in other major cities throughout the country.