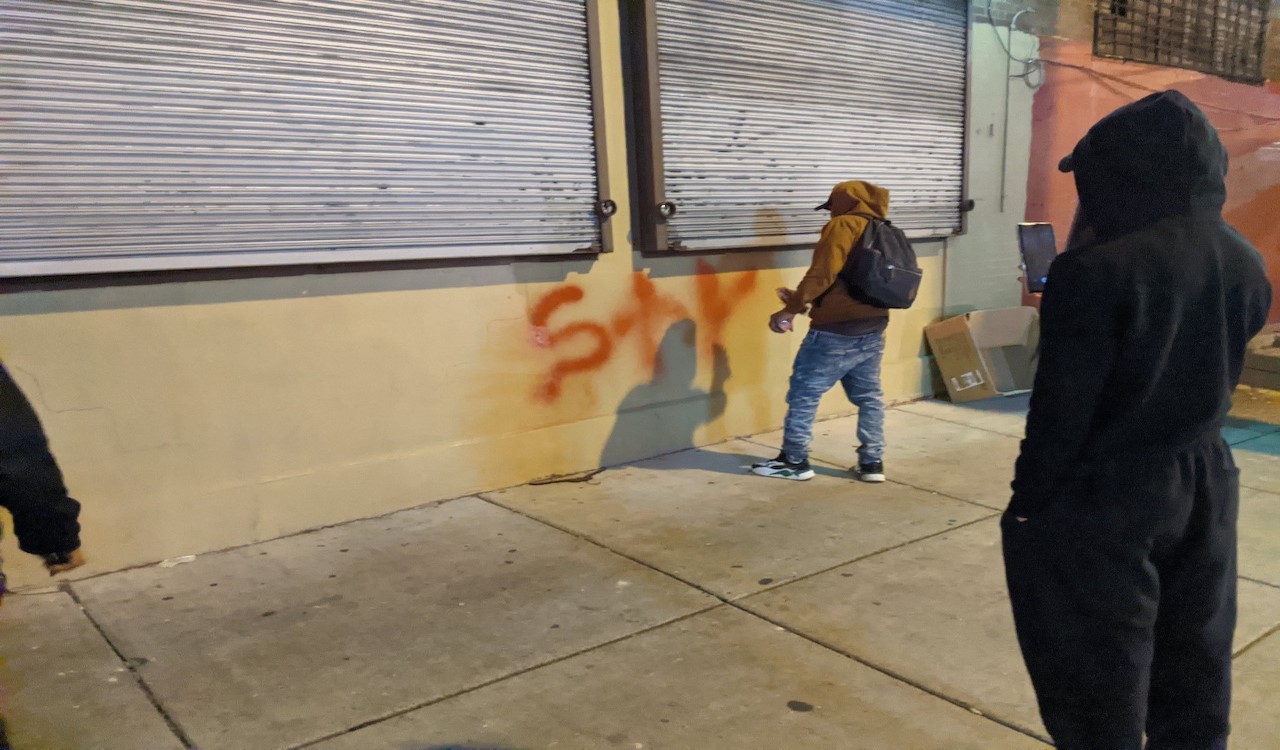 Rioters engulfed Philadelphia in a second night of violence on Tuesday as bands of looters broke into numerous businesses to protest the shooting death of a black man who charged at police officers with a knife earlier this week.

The fresh round of unrest occurred despite the presence of hundreds of National Guard deployed by Gov. Tom Wolf following riots on Monday. Activists took to the streets to protest the shooting of 27-year-old Walter Wallace Jr. who was shot and killed.

A Black Lives Matter protest that began peacefully in the evening at a police precinct erupted into violence when the mob encountered, and then attacked a handful of police officers, whom they threw brick and other projectiles at. CNN reports that at least one officer was injured at the scene.

Looting then broke out throughout other parts of the city as other mobs formed throughout the city, some of which were organized on social media by Antifa militants and Black Lives Matter activists.

Philadelphia- ANTIFA members surround police and block them from riding their bikes down the sidewalk, repeatedly obstructing them and shoving them.

One officer was a woman who was repeatedly shoved. pic.twitter.com/EsLMUFAsO2

Looters in Philadelphia are pulling up in cars and rushing into stores to grab as much as they can before driving away. pic.twitter.com/I7MCwLnnAg

Walmart and other stores are being looted. The PA National Guard is standing down. pic.twitter.com/kZCczYdOlY

Much of the footage was captured by journalists on the ground, which showed looters ransacking a Foot Locker, Dollar Tree, Chick-fil-A, and a Walmart, among dozens of other stores. While reporting for The Blaze, video journalist Elijah Schaffer was jumped by looters. Daily Caller reporter Shelby Talcott captured the moment he was attacked.

Mass looting across the river and @ElijahSchaffer just got beaten up for filming. This is inside the Five Below store. Police are in the same parking lot near the Walmart, but there seem to be too many looters pic.twitter.com/CZeIiMokJa

.@ElijahSchaffer got beaten up inside one of the stores for filming: pic.twitter.com/l2vbCe8Aeb

At the scene of a CVS, occupants of a vehicle suspected to be stolen collided into a truck that was stopped at the intersection and tipped it over before fleeing upon the arrival of the police.

As a CVS was being looted in Philadelphia, the driver of a suspected stolen car rams right into a truck that was stopped at the intersection and tipped it over. The occupants of the car promptly fled the scene following the collision. pic.twitter.com/iLSAnnXP1q

Amid the riots, at least five people were shot citywide, three of whom were killed according to Fox29 Philadelphia reporter Jennifer Joyce.

“While Philly was bracing for and experiencing riots and protests this evening, at least 5 more people were shot citywide, 3 of them died. These shootings did NOT occur at riot locations. Homicides in 2020 have surpassed 400,” the station reported.

While Philly was bracing for and experiencing riots and protests this evening, at least 5 more people were shot citywide, 3 of them died. These shootings did NOT occur at riot locations. Homicides in 2020 have surpassed 400. @FOX29philly

Black Lives Matter activists threatened, assaulted, and abused Jewish residents who had come out onto the street with claims that they “don’t live here” and accused them of being the “Synagogue of Satan.”

Black Lives Matter rioters in Philadelphia threaten, assault, and chase out Jewish residents claiming "you don't live here" and call them members of the "Synagogue of Satan." pic.twitter.com/pKEssPeGLi

"The Philadelphia Police Department is requesting that all residents in the 12, 16, 18, 19, 24, 25, and 26th Districts remain indoors except when necessary," Philadelphia’s office of emergency management tweeted. "These areas are experiencing widespread demonstrations that have turned violent with looting."