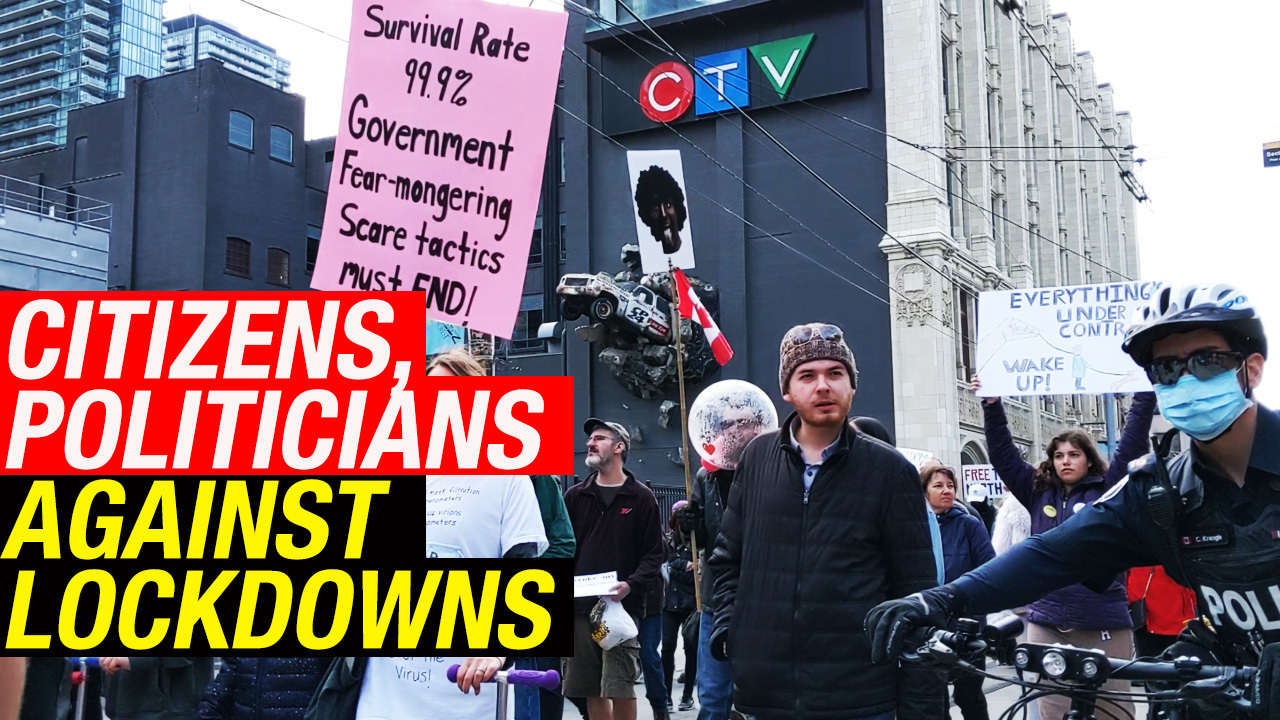 People of all colours, creeds and stripes returned to downtown Toronto's Yonge-Dundas Square today to once again defy the rising “second wave” of COVID-19 cases and restrictions being imposed on Canadians.

It was only two weeks ago that Ontario Premier Doug Ford announced new limits on social gatherings. This Friday, Ford raised the stakes by limiting capacities for restaurants and fitness clubs.

The rally featured impassioned speeches from organizing members from groups The Line, Hugs Over Masks, and Mothers Against Distancing urging the gathered crowd to resist the increasing restrictions by local and provincial governments.

People's Party leader Maxime Bernier was also at the event, before making official his intent to run in the upcoming York-Centre by-election.

The event culminated with a peaceful march around downtown Toronto in what seemed almost more party than a protest. Although the crowd was noticeably smaller than last Saturday, their enthusiasm remained just as high, marching through downtown spreading their message of “peaceful non-compliance” while cheering and dancing to classic party tunes.

The energetic crowd snaked down Yonge Street, passed Union Station before making stops in front of CBC and Bell Media studios, where protesters voiced opposition to the hysteria they say is being driven by politicians and mainstream media.

People of all colours, creeds and stripes returned to downtown Toronto to once again defy the #COVID19 restrictions being imposed on Canadians.

There were no reports of arrests or social distancing fines. Stay tuned to Rebel News for more coverage of the event in the days ahead.