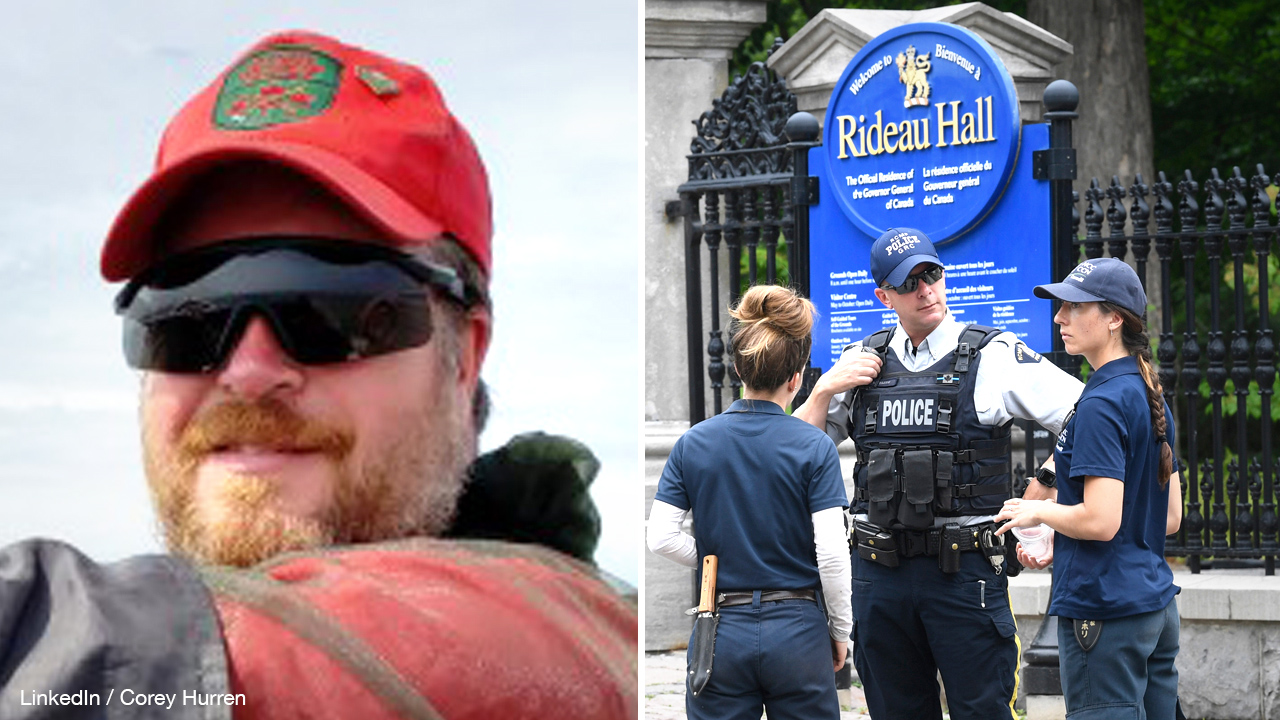 The member of the Canadian Armed Forces who allegedly gained access to the grounds of Rideau Hall with a firearm before being detained by the RCMP has officially been charged.

Corey Hurren of Manitoba is facing 22 criminal charges, including: careless use of a firearm, possession of a weapon for a dangerous purpose, possession of a prohibited or restricted firearm and uttering threats.

Hurren is an active duty member of the Canadian Rangers, a sub-component of the Army Reserve. The 46-year-old Hurren is alleged to have driven his truck through a pedestrian gate at 1 Sussex Drive in the early morning of July 2.

RCMP Deputy Commissioner Mike Duheme said officers spotted the suspect around 6:43 a.m. and began a dialogue with him minutes later. RCMP members were engaged in conversation with Hurren for more than 90 minutes according to Duheme, before he was arrested without incident and taken into custody.

A source told the CBC that Hurren had driven from Manitoba, bringing a long gun and note with him. When questioned whether police knew the suspects motivations, Duheme said "yes" but declined to go into further details.

I am very proud of all our people and our partners who moved fast and acted decisively to contain this threat. Our members were vigilant, reacted quickly and used successful de-escalation techniques to resolve this highly volatile incident swiftly and without injury to anyone.

Hurren is being held in custody ahead of his next court appearance on July 17. Because the matter is now before the courts, the RCMP will not be making any further comment.