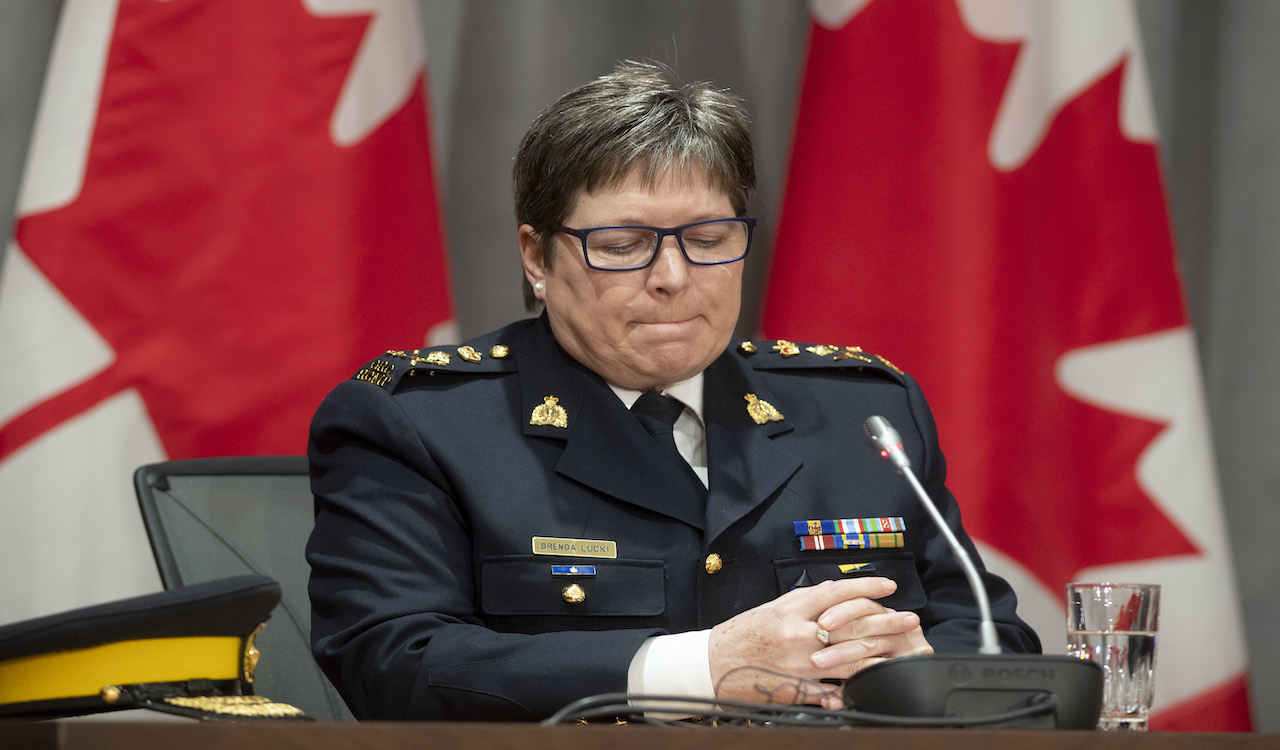 Although the survey is dated February 16, 2018, it was released to the public on November 2, 2020. The Financial Administration Act requires taxpayer-funded research to be made public within six months of completion. RCMP paid Ekos Research Associates $74,947 for the poll of 3,033 Canadians nationwide.

“Researchers said most people considered the RCMP to be professional and trustworthy though a large minority did not. Asked if they agreed with the statement, “RCMP personnel are honest,” sixty-six percent agreed.

Fewer had confidence in Commissioner Lucki. Asked if they agreed, “The RCMP has effective national leaders”, only 48 percent agreed. Nineteen percent disagreed. Thirty-three percent had no opinion. The poll did not identify Commissioner Lucki by name.

Asked if they agreed, “The RCMP is a forward-looking, innovative organization,” 55 percent disagreed or had no opinion. In other findings:

Lucki was appointed by Justin Trudeau in 2018. A 31 year veteran of the force at the time, Lucki is the first permanent female commissioner of the RCMP.