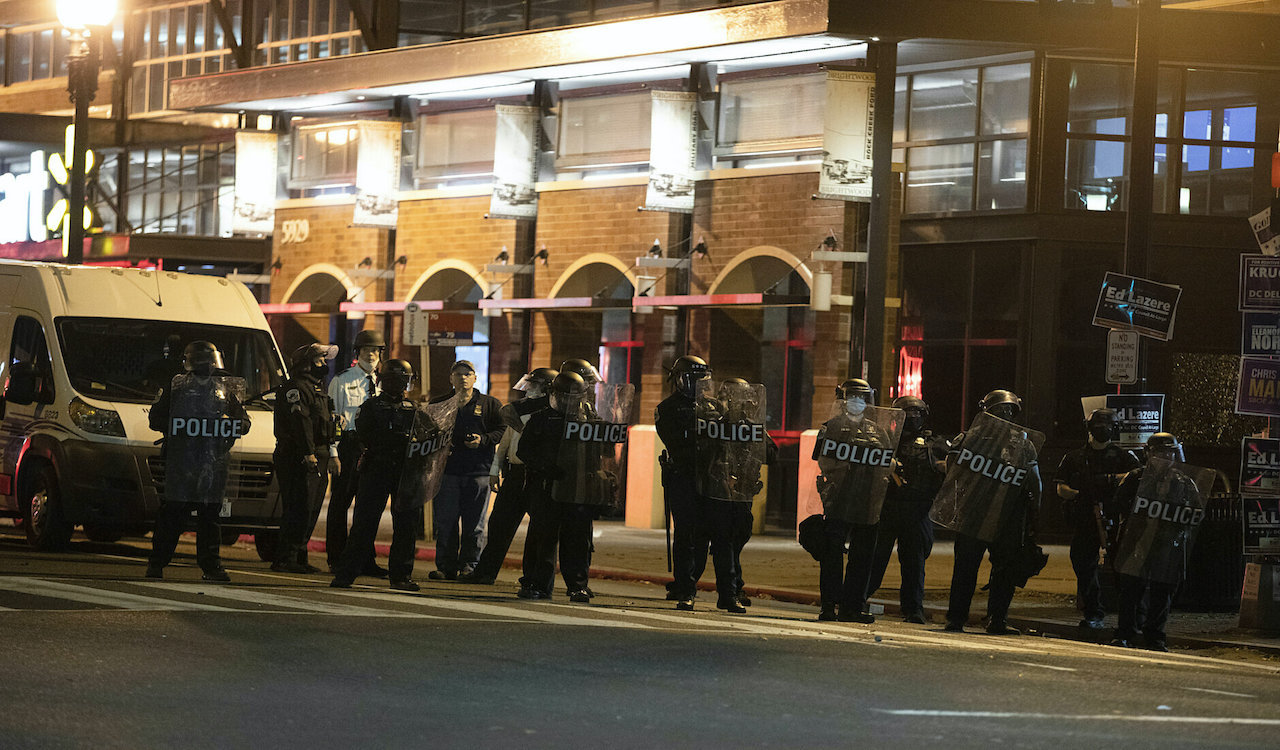 Black Lives Matter protesters took to the streets in Washington, DC on Tuesday night following the death of a black man who was killed in a crash on Friday night during a police pursuit.

The incident that triggered the demonstrations was the death of 20-year-old Karon Hylton-Brown. In a statement, police said they had observed Hylton-Brown, who was operating an electric moped on a sidewalk without a helmet on Friday night.

“Officers activated their emergency lights and attempted to make a traffic stop. When the moped exited an alley in the 700 block of Kennedy Street, NW, the moped collided with a passenger vehicle that was traveling on Kennedy Street,” police said. “Officers performed first aid until DC Fire and EMS transported the operator of the Moped to a local hospital where he was later pronounced dead.”

What began as an initially peaceful protest turned into widespread looting. Black Lives Matter activists called upon protesters to storm the 4th District Metropolitan Police precinct following the announcement, with a call for “all hands on deck” at one of the precincts, where Hylton-Brown’s mother was captured berating police officers.

We need all hands on deck @MayorBowser and @ChiefNewsham terror gang is literally at war with the community at 4D police station. They shooting teargas and rubber bullets @charlesallen #WeKeepUsSafe #BlackLivesMatter @wusa9 @fox5dc @nbcwashington pic.twitter.com/BXk9xF7S5r

NBC News Washington reports that the woman demanded to be let into the station to confront the officer whom she claimed “killed her son.” Hylton-Brown’s family blames the police for the crash and are demanding additional information about their son’s death.

Livestream footage captured scenes of violence at a police station as Black Lives Matter activists threw rocks and bricks at police officers. Police say that at least four officers were injured with non-life threatening injuries and made one arrest.

DC is rioting right now because a man died after crashing his moped into a wall during a police pursuit. He was riding a moped on a sidewalk without a helmet and endangered the lives of pedestrians. pic.twitter.com/9xHE5F6EUi

https://twitter.com/stillgray/status/1321415730579992578 Posting on the ground, podcaster Jack Murphy described the tension in the street.

Protesters looted nearby businesses including a Walmart, where they smashed windows and made away with goods.

Black Lives Matter protests turned into mass looting following the death of 20-year-old Kyron Hylton, who died during a police chase after he drove his moped into a passenger vehicle. pic.twitter.com/l9q97pggHs

Police responded to the violence with the deployment of less lethal munitions including flashbangs and smoke grenades.