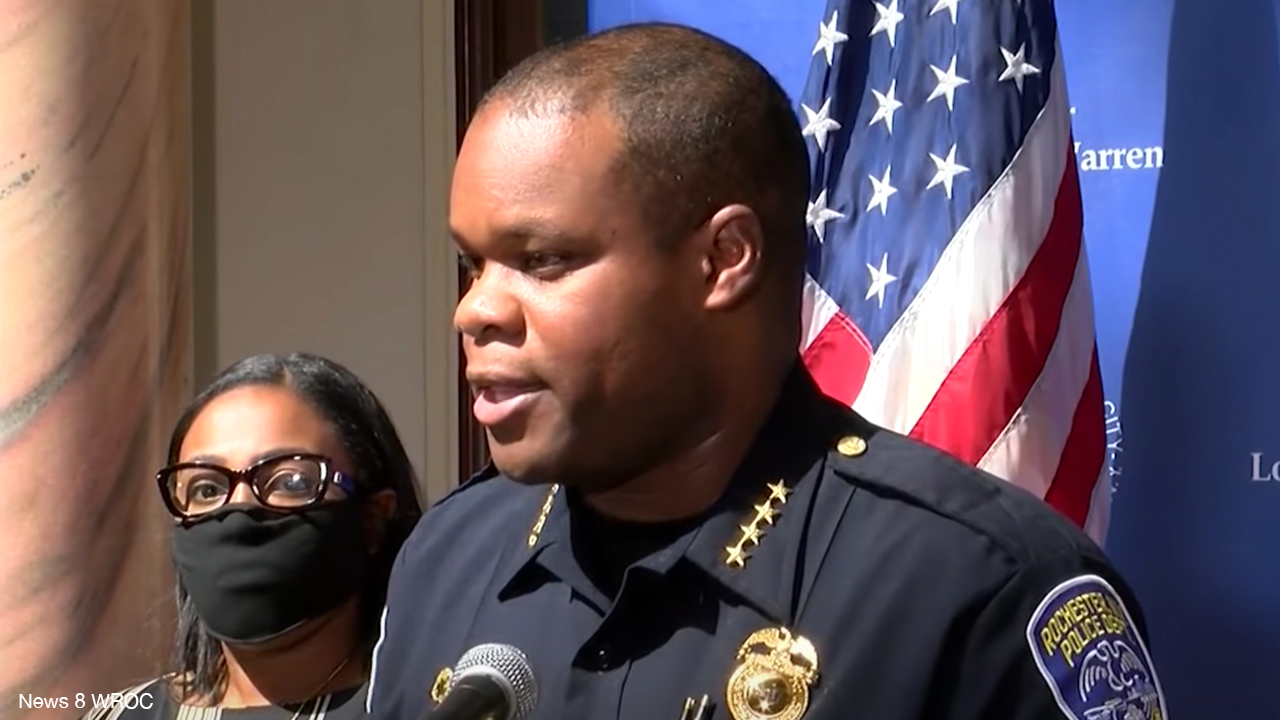 Following days of riots in Rochester, New York, the police department command staff has resigned in frustration of the leadership crisis currently gripping the Democrat-run city.

Activists from Black Lives Matter took to the streets last week following the resurfacing of a now-viral video involving the death of Daniel Prude, a black man who died in police custody on March 23.

Prude, who had overdosed on drugs, was found naked and wandering in the streets of Rochester earlier this year when police responding to a wellness call approached him. He initially complied with police orders but then started spitting and attacking the officers, prompting them to restrain him by putting a spit hood over his head.

Spit hoods do not constrict breathing.

Prude, who was handcuffed and placed on the ground, appeared to have stopped breathing sometime during custody and died a week later in hospital. Black Lives Matter activists blamed his death on the police.

Rochester Police Chief La’Ron Singletary, who is black, announced his resignation in a statement on Tuesday. He said he was honoured to serve the city in upstate New York for 20 years and commended his staff, but condemned the protests and criticism of his investigation into Prude’s death as “an attempt to destroy my character and integrity.”

“As a man of integrity, I will not sit idly by while outside entities attempt to destroy my character,” he said in a statement.

“The members of the Rochester Police Department and the Greater Rochester Community know my reputation and know what I stand for.”

Chief's resignation not enough for activists

He will effectively retire on September 29 and has relinquished command of the police.

Rochester Mayor Lovely Warren announced that the city was alarmed to learn that the entire command staff was also retiring. She noted that none of the officers were asked to resign.

“We would have to find an interim chief,” says Warren said. “Because I just got the call before this hearing, I don’t know.”

Even as police leaders quit, activists from the Rochester-based “Free The People Roc” group are calling for officers involved in Prude’s arrest to be fired, and for the police to be banned from responding to mental health calls in the future.

Activists, whose riotous acts have involved criminal destruction of private property and theft, also want the city’s entire police force to be defunded and disbanded.