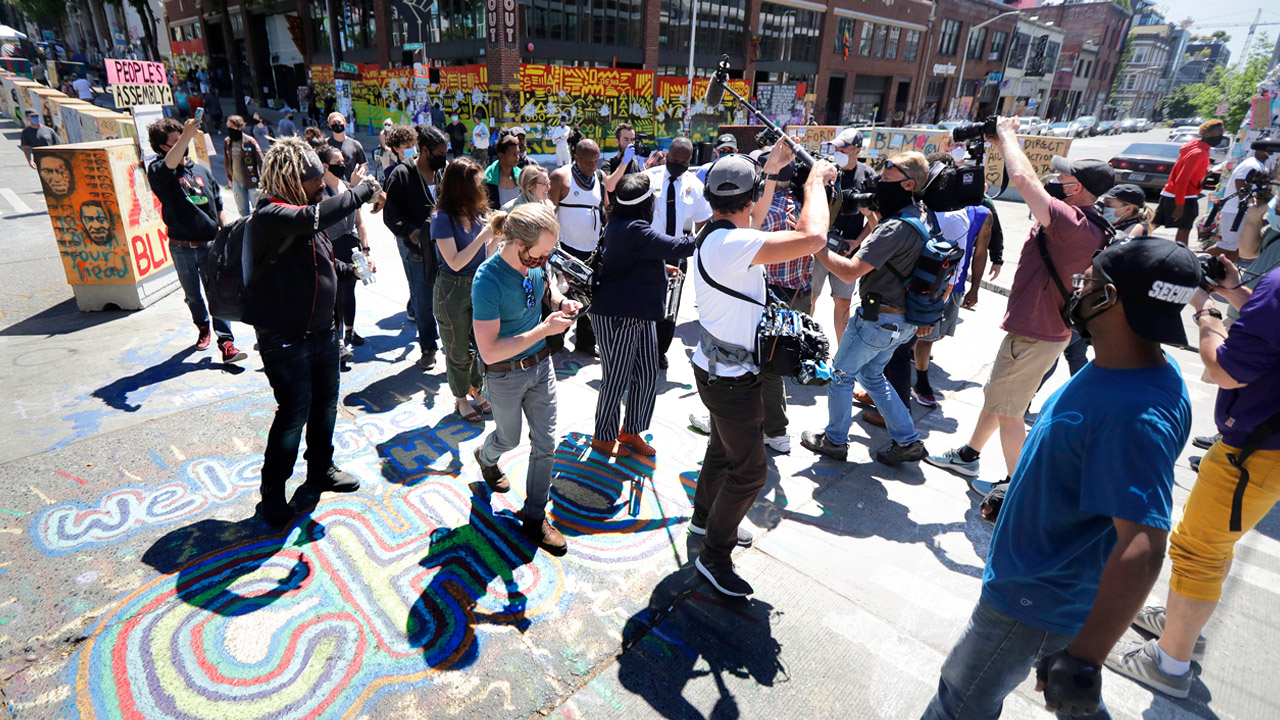 The city of Seattle has finally put its foot down on the so-called “autonomous zone” that has become a blight to residents in Capitol Hill.

Antifa insurgents and Black Lives Matter supporters first established the so-called CHAZ, which was later renamed CHOP, or Capitol Hill Organized Protest, by taking over six blocks of the city’s most progressive neighborhood.

At the orders of Mayor Jenny Durkan, police were prevented from shutting down the protest site. Mayor Durkan described the occupied area as having a “bloc party atmosphere” and praised it as an example of democracy in action, much to the dismay of President Trump, who called for the shanty town to be torn down.

Following a spate of shootings and numerous acts of violence in the vicinity, including harassment of local residents and businesses, the Democratic mayor finally caved in to local demands to shut down the area, announcing on Monday that she would be ordering city workers to dismantle the shanty town.

On Thursday, Seattle residents announced that they were suing the city over its inaction.

Today, the city finally moved in to dismantle the occupied area. Some of the CHAZ’s transient residents resisted the city’s attempts to clear the area by laying down in the middle of the street, reports Seattle’s KING5.

KING5 reports that the city crew set up staging equipment near the location’s entry points in preparation to demolish the shanty town early Friday morning.

At press time, demolition has not yet begun, but Mayor Durkan said that she ordered a return of the police to the East Precinct in the so-called autonomous zone. Police were previously ordered to evacuate the station at the city’s orders.

The city has not provided a public timeline for the dismantling of the CHAZ, but work is expected to proceed with the removal of barriers blocking the roads, and a clean-up of the nearby Cal Anderson Park. Seattle also plans to offer social services to provide shelter for the numerous transients who were invited by Antifa and Black Lives Matter activists to populate the area.

"Once this work commenced to remove some of the barriers blocking roadways, City workers were met with significant resistance by protesters, who grew increasingly agitated and aggressive towards City workers from SPR, SDOT and SPU," said a spokesperson for the city’s Department of Transportation.

Speaking to KING5, an organizer for the autonomous zone named David Lewis said that the city was giving the organizers 72 hours to confer with the demonstrators before proceeding with their plans to clear the zone.

However, the organizer says that the city must firs meet its demands.

"We have heard them in recognizing that some of the establishments are wanting more through traffic," said Lewis. "We get it. We want to work with the city, but we require that our demands are met."

Those demands include defunding the police by 50 per cent and terminating any police officer with charges against them, without trial.