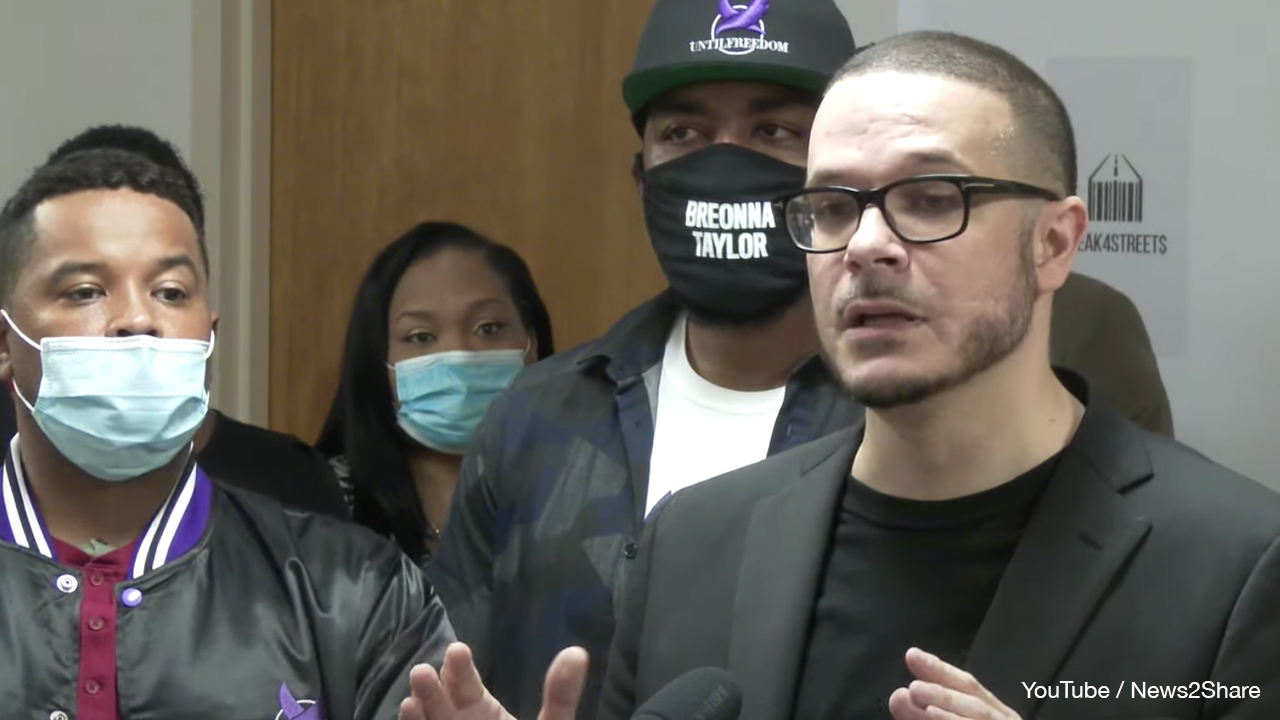 Anti-police activist Shaun King is threatening to dox random police officers in the Kenosha Police Department unless they reveal the name of the officer who shot Jacob Blake, an incident that sparked riots and looting in the city.

In a tweet posted on late Tuesday, King threatened the police department ahead of Kenosha’s third straight night of violent rioting that left two people dead and another injured after shooting broke out among protesters and armed civilians.

King became a public figure following his activism for racial justice in recent years and maintains a following of over 4.5 million people across his platforms on Twitter, Facebook, and Instagram. King made headlines in 2019 after he misidentified the killer of Jazmine Barnes, a 7-year-old black girl in what initially appeared to be a racially motivated shooting.

King previously threatened to sue racial justice activists who accused him of mishandling fundraisers he set up to look for Barnes’ killer and other victims of alleged hate crimes. His defensive response “splintered the activist community, with some backing his right to defend his reputation and others questioning why he would go after other African American men and women who have advocated for similar causes,” reported the Washington Post.

As the Daily Beast reported this May, King faces accusations of turning his massive following as a weapon against his detractors, many of whom are “without the means or resources to fight back.”

King has turned his wrath towards law enforcement in Kenosha by threatening to name innocent police officers uninvolved in the controversial Blake shooting.

“To the Kenosha Police Department, if you do not name the officer who brutally shot Jacob Blake on Sunday, we will simply begin naming officers from your department who may or may not be him,” he wrote on Twitter.

“F**k it,” he added. “Your protection of his identity is unethical. What's his name?”

To the Kenosha Police Department,

If you do not name the officer who brutally shot Jacob Blake on Sunday, we will simply begin naming officers from your department who may or may not be him.

Your protection of his identity is unethical.

King said in a follow-up that one officer wrongly accused of shooting Blake had been taken into police custody over threats to his life, and that other officers he baselessly accused would face similar consequences.

King urged his 1.1 million followers to identify a police officer he thought was involved in the Blake shooting. The activist then posted the name of a second officer without proof that they were responsible for the shooting.

“POLICE COULD END THIS RIGHT NOW. They are deliberately protecting the man who shot Jacob. What’s his name?” he wrote. King, who has called for fully defunding the police, is on the warpath against the Kenosha Police. Following the Blake shooting on Monday, King took to Twitter with a tweet that seemed to indicate his support for the violent riots that have plunged the city into chaos.

“Nah. I'm not going to call for peace. We've tried peace. For years. Y'all don't understand that language,” King tweeted. “We are calling for a complete dismantling of American policing. It's NOT broken. It was built to work this way. And mayhem is the consequence. You earned it.”

Since putting out his tweets, many across the political spectrum are now asking aloud why Twitter is allowing Shaun King to publicly threaten innocent police officers.

“Bree Newsome, Ashley Yates, and the myriad Black women who have said this are 100% right: Shaun King is a chaos agent,” wrote black activist Imani Gandy. “The Jazmyne Barnes disaster should’ve been enough to convince most people but people stay keeping their head in the sand.”

“Shaun King falsely accused Robert Cantrell of murdering a 6-year-old girl, and he later killed himself. King made the false accusation on Twitter, too, but he's still allowed to pull this s**t on here,” wrote Daily Caller reporter Chuck Ross.

“A media outlet needs to grill Jack and Twitter about why Shaun King is allowed to stay on its platform,” said Spectator USA contributor Stephen L. Miller. “Call them and email them every day, get them on record and publish it. Every day until they answer.”