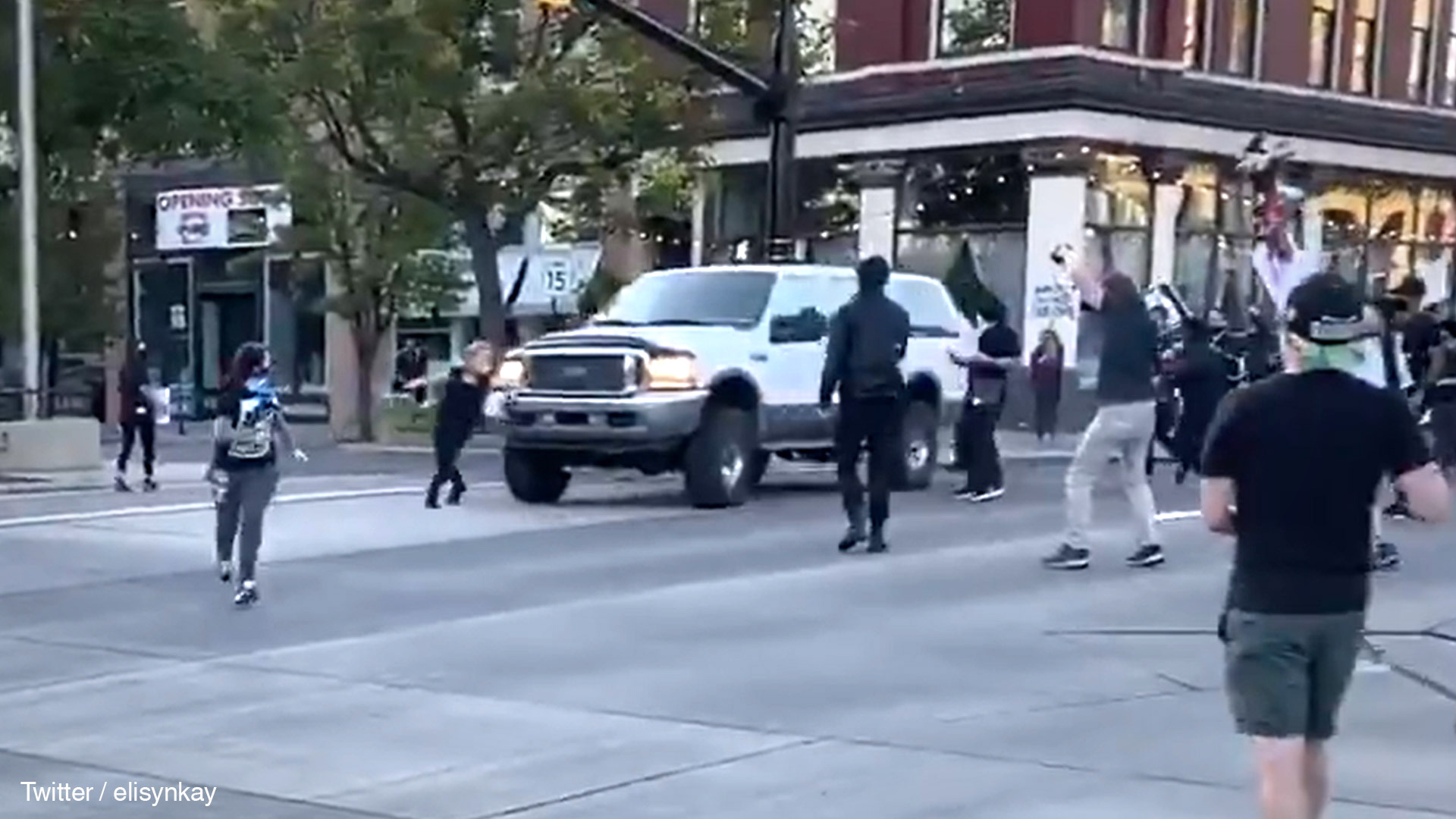 Police in Provo, Utah are searching for a man who opened fire on a vehicle during a Black Lives Matter demonstration on late Monday, injuring the driver.

In a video that surfaced today of the incident, a white SUV can be seen being blocked by a crowd of anti-police demonstrators carrying signs indicating their support for the Black Lives Matter movement.

The protest group had gathered at the intersection of University Avenue and Center Street, according to Lt. Brian Taylor of the Provo Police Department. A second group then turned up to show their support for the police.

The vehicle was one of several that were blocked by anti-police protestors.

As shown in the video, as the vehicle attempts to move forward through the crowd, a masked man dressed in black is seen walking up to the vehicle and firing at the driver, prompting the driver to accelerate and knock several protesters aside.

The Salt Lake Tribune reports that the victim was identified on Tuesday by police as a man in his 60s, who was shot. Police said that the man’s injuries were not life-threatening.

Further gunshots can be heard as the vehicle drives off.

“We are looking for a suspect,” Taylor said. “There are a number of videos that show a person on the street approaching this vehicle and discharging a couple of bullets into that car.”

The police described the shooter as “thoroughly masked” but believe he is white and “lean.” Efforts are being made by the police, as well as independent journalists on social media, to identify the shooter.

Another armed man can be seen pointing a handgun at the vehicle towards the end of the video. It is unknown if he was there protesting with the first assailant.

The attack on the driver is just one of many instances of violence that have taken place at Black Lives Matter demonstrations in recent weeks, which have been described by members of the press as “largely peaceful protests.”

Violence at demonstrations has claimed the lives of over a dozen bystanders, police officers, and protesters across the United States following the death of George Floyd in May.