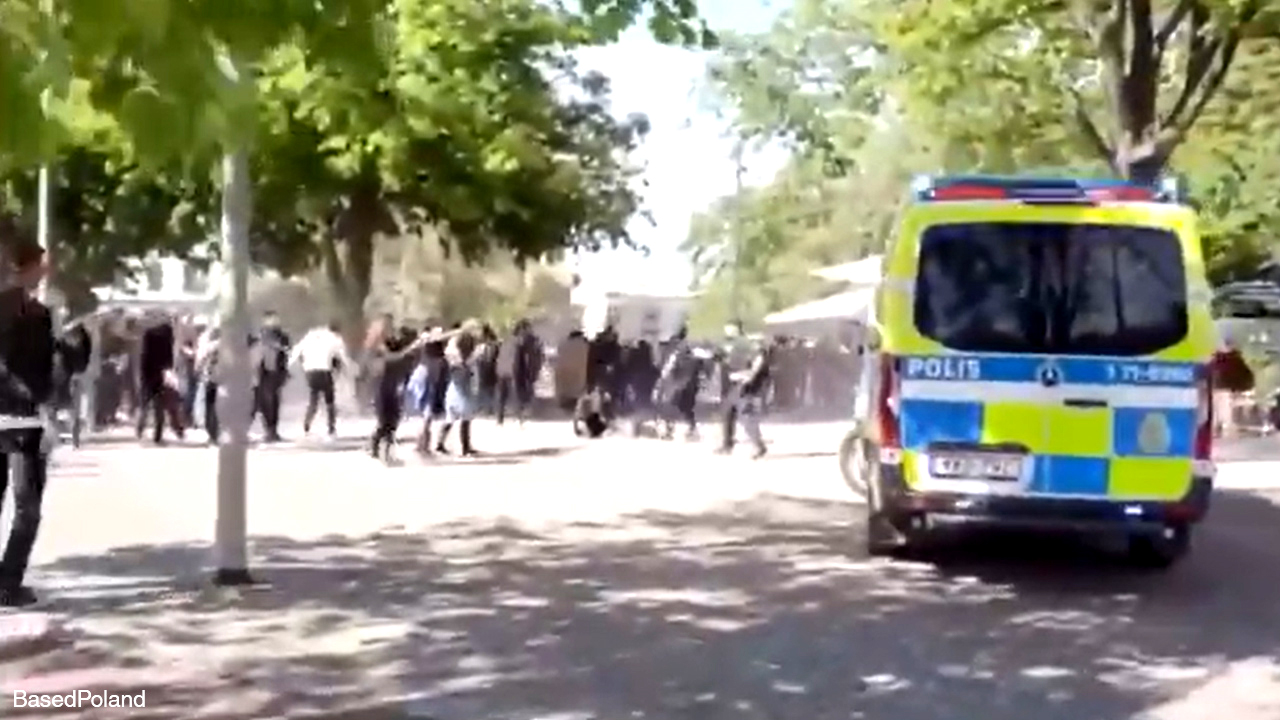 One of Sweden’s top cops admits that the city of Gothenburg was unprepared for the Black Lives Matter protests to descend into violence. He described the rioters as “quarrelsome people who just wanted riots.”

On Sunday, a massive group of protesters took to the streets to protest the death of George Floyd in solidarity with protests all across North America. Following chants of “Black Lives Matter,” the protest devolved into a riot as it continued throughout the day as some protesters looted stores and set fire to cars across the Swedish city.

Expressen reports that the riot saw at least 10 arrests and said 15 to 20 cars were set ablaze. Numerous businesses, including high-end retailers, were looted. In one video, posted on Twitter, a Swedish family had their belongings looted from a home moving vehicle. The footage of the riots went viral on social media.

“I was carrying and carrying things when I started to hear how it was small in the area, then came people who started shouting "run!’ and who said I should hide inside,” said the homeowner in an interview with Gothenburg Post.

Who woman, who chose to maintain her anonymity, told the newspaper that “almost all the stuff” was destroyed or stolen by looters and spread along the street with broken glass. The trashed belongings included her son's drawings, whom she is thankful was not present during the riot. She said that had he witnessed it he would’ve been afraid to live there.

“This demonstration is also aimed at the police, and we try to keep as low a profile as possible,” said Gothenburg police chief Erik Nord. “These are quarrelsome people who just wanted riots and that is the most difficult thing a police organisation can face. It took quite a few hours before we had it under control.”

In the face of criticism that the police force had not done enough to protect the city, Nord told Expressen that the Swedish police were a small force relative to the population in contrast to other European countries. The police were only able to quell the riots by 3 am.

“These are serious incidents, and I hope the police will get support to suppress and make it calm down,” said Swedish Interior Minister Mikael Damberg to SVT.