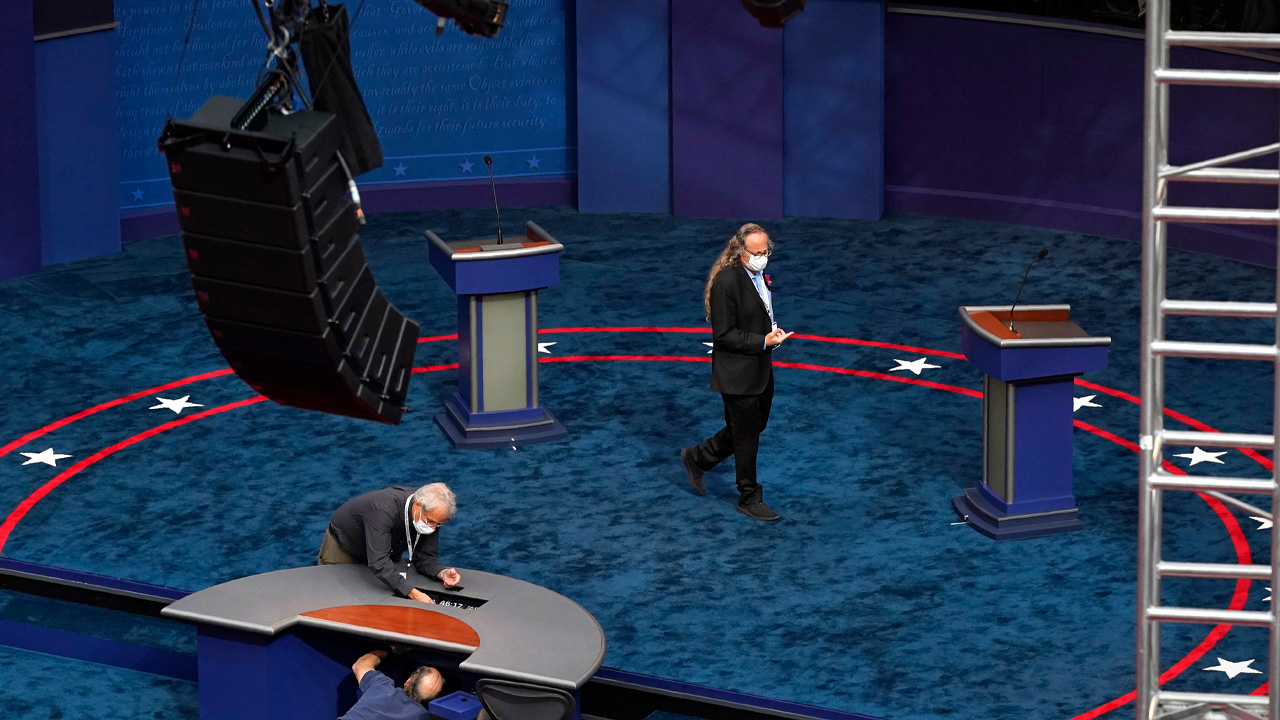 President Trump’s debate team has made the last-minute request for a new ground rule to be added to the debates: allow third-party inspectors to examine the ears of each participant to ensure that neither Biden nor Trump are wearing electronic devices or transmitters.

Concerns that Democratic candidate Joe Biden would resort to using an earpiece to feed him debate answers emerged following his apparent decline in stamina in the days and weeks leading up to the showdown — among a variety of other factors.

The debate, which will be moderated by Fox News anchor Chris Wallace, is set to take place on Tuesday night at 9p.m. Eastern Time.

“The president has consented to this kind of inspection, but Biden has not, so far, sources said,” Fox News reported.

Team Trump’s request for an inspection of earpieces isn’t the only last-minute rule to be made hours ahead of the debate.

A source informed Fox News that Team Biden requested two breaks during the 90-minute debate — one following the first 30 minutes, and another at the one-hour mark. The request was reportedly denied by their counterparts in Team Trump.

A source informed Fox News that “our guy doesn’t need breaks. He gives 90-minute speeches all the time.”

According to the Commission on Presidential Debates, the topics of discussion include the following:

The first debate will run for 90 minutes, and will be broken up into six segments of 15 minutes each on the topics.

The next event will take place on October 7, with USA Today’s Susan Page moderating the debate between Vice President Mike Pence and his Democrat counterpart Sen. Kamala Harris.

According to Joe Tim Murtaugh, Director of Communications for the Trump 2020 re-election campaign, Biden’s team initially agreed to a pre-debate inspection for electronic earpieces “but abruptly reversed themselves & declined,” wrote Murtaugh on Twitter.

Joe Biden’s handlers several days ago agreed to a pre-debate inspection for electronic earpieces but today abruptly reversed themselves & declined. Biden asked for multiple breaks during the debate, which President Trump doesn’t need, so we have rejected that request.

“Biden asked for multiple breaks during the debate, which President Trump doesn’t need, so we have rejected that request.”